London Eye: How Britain’s past has returned to haunt and inform its Brexit decisions

Updated : October 22, 2019 06:42 AM IST
Behind every clause of the Brexit deal between Britain and the EU, beneath every sub-section on trade and tariffs, Britain’s past has returned to haunt the debate and inform its decisions.
The deal agreed between British Prime Minister Boris Johnson and the EU makes some special arrangements for Northern Ireland to stay in effect in the EU single market and Customs Union, in line with what the EU wanted.
Today’s deals will be tomorrow’s history. Questions will be asked, for a long time — what did Britain go and do? Or undo? Never mind what it undid with the EU, could it end up undoing itself with Northern Ireland and Scotland?

Who ever said that the past is ever in the past, even if we hear all that cliched wisdom about living in the present and looking to the future. Forget philosophic formulations, look just at the debate on Brexit. Behind every clause of the Brexit deal between Britain and the EU, beneath every sub-section on trade and tariffs, Britain’s past has returned to haunt the debate and inform its decisions. That past will return to haunt Britain’s future no matter what gets decided finally now. 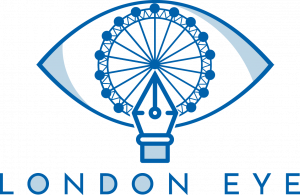 Consider how history has handed down the biggest hurdle by far that negotiations have been tripping over — Northern Ireland. How did a British Northern Ireland come about on mainland Ireland? That move goes back centuries when the largely Protestant Christian England of old colonised the almost entirely Catholic Ireland. Britain then settled enough Protestant Christians into Ulster region in the north of the island Ireland to turn Protestants there into a majority. In 1920 Britain declared the Ulster region to be a part of itself that it called Northern Ireland. This set off clashes between Protestant and Catholic Christian groups that left more than 3,600 dead — in that tiny northern region with a then-population of just 1.5 million. An agreement reached on Good Friday in 1998 brought peace at last, that has held. The Brexit deal has now begun to stir political unrest again.

Goods can be sent from Britain into Northern Ireland tariff-free but they would be taxed if they were to move through into the Republic of Ireland and then on into the rest of the EU. A joint group will determine what remains in Northern Ireland and what moves on. But this makes Northern Ireland Britain in some ways and not in others, just as it will be the EU in some ways and not others. Divisions among the largely Catholic Republicans who lean towards the Republic of Ireland the Protestant Unionists who want full union with Britain have led to suspension of the Northern Ireland Assembly for more than two years now. The new deal opens up new divisions. Already the Republicans feel encouraged, and the Unionists betrayed.

Unrest over the UK-EU deal that’s been agreed has spread to Scotland. Ian Blackford from the Scottish National Party says that like Northern Ireland it voted overwhelmingly to remain in the EU, but that Northern Ireland has been given some place in the EU, Scotland none. A referendum in 2014 kept Scotland within Britain by a margin of 2 million to 1.6 million votes. A second referendum in Scotland now appears very likely, and it would be unlikely to have the same result.

Tourists visiting the pretty south coast of England can take a cruise along a varied coastline. They get shown here and there some caves among the cliff rocks that proved popular with smugglers; these became nature’s warehouse for the adventurous looking to make a living out of unfair taxation in England. Those caves on the coast are unlikely to be put to the same use again. But caves could open up less visibly on both sides. Any difference in pricing that tariffs may throw up post-Brexit is certain to encourage a resurgence of the smuggling classes.

In their most humble manifestation, new caves could arise in pockets and bags. More than 40 million people visited Britain last year, however, British visits abroad were even higher. How many could anyone search? Where there is money, people will find a way, some people will find any way. And through a complicated gateway called Northern Ireland that the UK-EU deal has agreed, checking the path of goods that may move on into the EU or stop short, matching movement on the border on one side with any on the other will be a job. At the least it will mean that Northern Ireland isn’t quite Britain.

This kind of money loss might be small change if Britain were to rise economically post-Brexit. But will there be a price to pay not counted in pounds and euros, or dollars as Trump would have it? Today’s deals will be tomorrow’s history. Questions will be asked, for a long time — what did Britain go and do? Or undo? Never mind what it undid with the EU, could it end up undoing itself with Northern Ireland and Scotland?