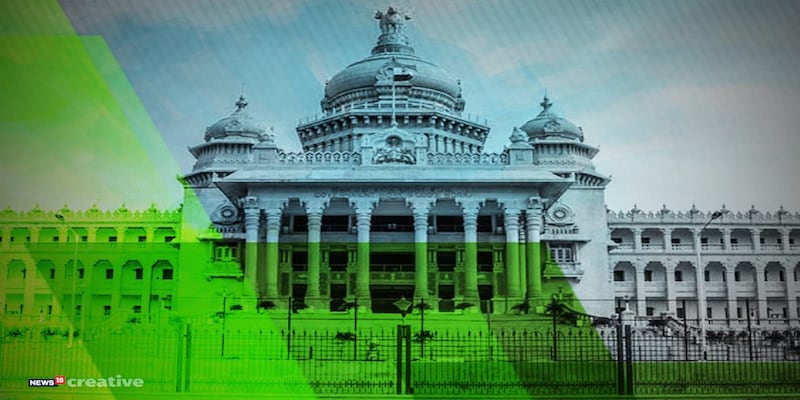 History is repeating itself in Karnataka as no party has secured a clear majority. With both the BJP, which has emerged as the single largest party, and Congress, which is trying to form an alliance with JD(S), bidding to form the government, the state is seeing a repeat of the political drama that unfolded in 2004.

In 2004, the ruling congress that was led by Chief Minister S M Krishna failed to repeat its previous performance. Again, it was BJP led by B S Yeddyurappa that emerged as the top party by securing most number of seats.
But the failure of the party to secure simple majority saw Congress making an alliance with JD(S), then led in the assembly by the now outgoing CM Siddaramaiah and forming a government with Dharam Singh as Chief Minister and Siddaramaiah as his deputy.
However, the alliance came to a sudden end when the JD(S) led by HD Kumaraswamy left and forged a tie up with BJP in 2006. The new alliance too did not last long after Kumaraswamy failed to resign from the post of Chief Minister as part of the power sharing agreement.
The dead lock led to the breaking up of the alliance and the state came under President’s rule following Kumaraswamy’s resignation. Later the two parties reconciled and BJP formed government in the state. But tensions in the alliance again led to the dissolving of the assembly and the elections in 2008 which saw BJP returning to power with the support of independent MLAs.
Check out our in-depth Market Coverage, Business News & get real-time Stock Market Updates on CNBC-TV18. Also, Watch our channels CNBC-TV18, CNBC Awaaz and CNBC Bajar Live on-the-go!