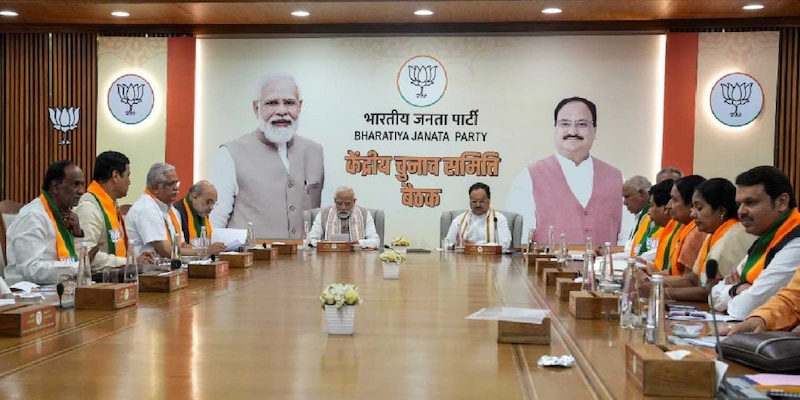 CM Jairam Thakur will submit the papers to the Thunag sub-divisional magistrate (SDM), the returning officer (RO) for the Seraj Assembly Constituency, today, after taking blessings from his mother Briku Devi and deities 'Kuldevta' and 'Kuldevi'.

The Bharatiya Janata Party on Wednesday released the list of 62 candidates for the upcoming Himachal Pradesh Assembly election. Chief Minister Jairam Thakur to contest from Seraj, MLA Anil Sharma to contest from Mandi and MLA Satpal Singh Satti to contest from Una.

Former chief minister Prem Kumar Dhumal will not be contesting this time, as per the list.

BJP releases a list of 62 candidates for the upcoming #HimachalPradesh Assembly election.

The election is scheduled to be held on 12th November. pic.twitter.com/hm7ZX0UDle

Thakur will submit the papers to the Thunag sub-divisional magistrate (SDM), the returning officer (RO) for the Seraj Assembly Constituency, today, after taking blessings from his mother Briku Devi and deities 'Kuldevta' and 'Kuldevi'. As per information provided by the state BJP media centre, Thakur will reach Renglu (Bagsyad) helipad in a helicopter from Delhi on Wednesday morning. Thakur will address a rally at Kuthah (Janjehli), from where he will proceed towards the Thunaq SDM office with his supporters to file his nomination papers on Wednesday afternoon, the BJP media centre said.
Born on January 6, 1965 in Tandi village of Murahag panchayat in Mandi district, Thakur won his first Assembly election from the Chachiot constituency in 1998, and has been an MLA from Chachiot (which after delimitation is known as Seraj assembly constituency) since then.
He unsuccessfully fought his first election from the Chachiot assembly constituency in 1993 when he was just 26 years old.
The voting will take place on November 12 and the result will be declared on December 8.
With inputs from PTI
Check out our in-depth Market Coverage, Business News & get real-time Stock Market Updates on CNBC-TV18. Also, Watch our channels CNBC-TV18, CNBC Awaaz and CNBC Bajar Live on-the-go!