Government wants to be a big brother to prevent fake news; will it work?

Government wants to be a big brother to prevent fake news; will it work? 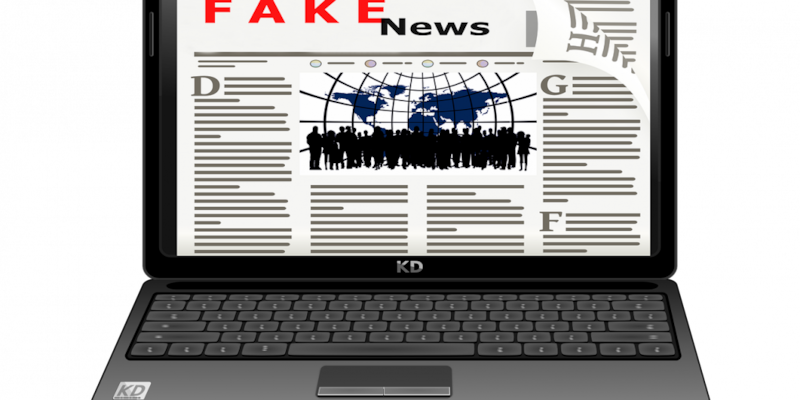 The battle against fake news is not about curbing the freedom of others; nor is it compromising privacy.

Fake news has been one of the most contentious topics surrounding news in the last five years. It is believed that fake news decided the fate of the Americans and led to the election of Donald Trump as the President; it sealed the future of the British, with fake news being able to convince people to vote to leave the European Union (EU); it is responsible for lynchings in India, riots in the middle east, political change in Brazil. In short, it has been impacting every nation.

While everyone agrees that digital technologies are great in providing information access to those who didn’t have it, it has a flip side. Groups who use fake news to inflame societies, and polarise people, have also found it to be a great boon.
And, it is this that governments want to crack down on. The Indian government has published a set of rules, for which it has called for public consultations, to curb the origin and spread of fake news by making technology platforms more accountable for what they carry. According to the Information Technology (Intermediary Guidelines
In a modern world, no country except China has deployed successfully the kind of filters and technology required to create a state and society where dissent is low, and online dissent is muted immediately and completely. The Great Firewall of China, as it is called, is the most effective censorship system in the world.
China has its own internet, its own social networks, which the government monitors closely, and surveys constantly. It is estimated that thousands of people work for the Chinese government, in keeping an eye on what its citizens get upto on the internet.
The Golden Shield Project initiated in 1998, had the sole aim of ensuring that online chatter does not threaten the Communist Party’s hold on China. A vital part of the Chinese firewall is the way it monitors keywords. If you use a banned keyword, your message is gone. As though it never existed.  It is a real-time monitoring and a surveillance system that could track back every message that originates back to the sender.
When you look at the Chinese system, and its lack of dissent it is tempting to wonder if such systems would help prevent mob lynchings or riots. After all, if you nipped a message at its source before it spreads, its ability to do damage to others, and to the fabric of society and nation reduces considerably.
However, democratic nations don’t have the same luxury of surveillance that China has. And, for India, or any other democratic country, having the kind of surveillance systems that monitor its people round the clock goes against the grain of rights promised to us – including the right to privacy.
Also, unlike China who took up the project two decades ago, and could grow the Great Firewall along with the growth on the internet; most democratic nations are going to begin catching up now.
Also, unlike the Chinese system, where the government takes the onus of censorship, it seems that the draft intermediary guidelines puts the onus of filtering, and monitoring on private corporations, that have already run riot with our data, compromising our individual security and privacy beyond measure.
The draft guidelines state, section 3(9): “The Intermediary shall deploy technology based automated tools or appropriate mechanisms, with appropriate controls, for proactively identifying and removing or disabling public access to unlawful information or content” and this is something that needs to be revisited.
Tech giants such as Facebook – that owns Whatsapp and Instagram – or Google have millions of messages daily. Unless their systems read each of these messages, and vets whether they are ‘unlawful content’ or not, it is going to be impossible for them to follow the law. And, the privacy of ordinary social media users will be compromised beyond doubt by corporations that bend the rules with our data, if not outright break them.
The battle against fake news is not about curbing the freedom of others; nor is it compromising privacy. And both are happening. It seems like good, law-abiding, citizens are paying the price for the lies put out by politically motivated deviants. While this may go some way in curbing fake news, it will go a long way in curbing freedoms. And, that is not what anyone wants. The solution to fake news is a long systematic one. It lies in media literacy, and understanding fake from true, as opposed to mass surveillance and covert censorship.
George Orwell’s book 1984 is a dystopian take on a surveillance state, where technology records everything and conveys it to the powers that be. In a chilling take on the platforms and technology in this world, Orwell writes, “It was terribly dangerous to let your thoughts wander when you were in any public place or within range of a telescreen. The smallest thing could give you away. A nervous tic, an unconscious look of anxiety, a habit of muttering to yourself – anything that carried with it the suggestion of abnormality, of having something to hide. In any case, to wear an improper expression on your face (to look incredulous when a victory was announced, for example) was itself a punishable offense. There was even a word for it in Newspeak: facecrime, it was called”. This is not a world that we want to see. The government needs to revisit its draft guidelines.
Harini Calamur writes on politics, gender and her areas of interest are the intersection of technology, media, and audiences.
Check out our in-depth Market Coverage, Business News & get real-time Stock Market Updates on CNBC-TV18. Also, Watch our channels CNBC-TV18, CNBC Awaaz and CNBC Bajar Live on-the-go!