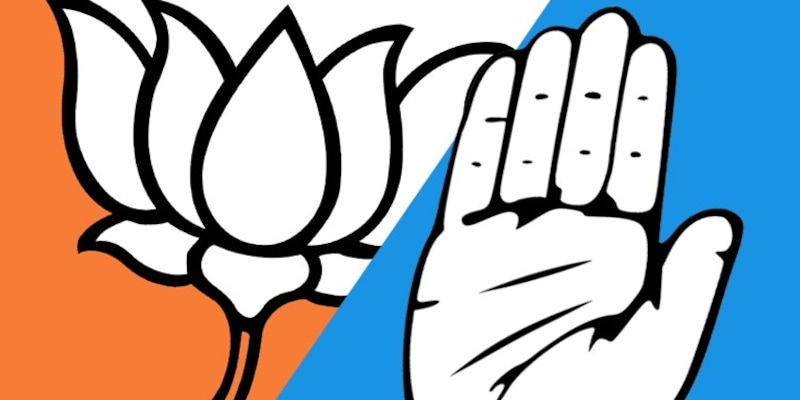 Assembly elections: Goa's oldest regional outfit MGP remained in focus as it was being wooed by the BJP as well as the Congress, the two main contenders of power in the tiny coastal state which has a history of political volatility and shifting of loyalties.

Ahead of counting of votes, Goa witnessed hectic political activities on Tuesday as parties got down to formulating their strategies keeping in mind possible post-poll scenarios. Goa's oldest regional outfit MGP remained in focus as it was being wooed by the BJP as well as the Congress, the two main contenders of power in the tiny coastal state which has a history of political volatility and shifting of loyalties.

For the record, both the ruling BJP and the opposition Congress expressed confidence about getting a clear majority in the 40-member assembly, for which polls were held on February 14 and votes will be counted on March 10, but their political managers were busy readying their strategies to avoid any slip-ups in their quest for power. A day after the exit polls predicted a hung Assembly in Goa, the Congress focused on keeping its flock together and plans to shift all its candidates to a resort, a senior party leader said.
On the other side, Chief Minister Pramod Sawant met Prime Minister Narendra Modi and Union Home Minister Amit Shah in New Delhi, while other senior Goa BJP leaders are planning to meet their state poll in-charge Devendra Fadnavis in Mumbai. Senior Congress leader P Chidambaram said talks were on between leaders of his party and other opposition outfits in Goa ahead of counting of votes to stitch an anti-BJP alliance.
Also Read
| Goa Exit Polls | Close fight between Cong, BJP; hung house expected again, TMC could be kingmaker: Poll of Polls
“We are confident that the people of Goa have given us a clear, simple majority. I am more confident today than I was, say last week, because I have spoken to every candidate,” Chidambaram told NDTV. “We are willing to work with the other parties, said the former Union minister, who is All India Congress Committee's election observer for Goa.”
“Our goal is to forge a non-BJP front and such efforts are going on in other parts of India. Why not make the same effort in Goa?” he said. The Congress veteran's remarks came amid reports that his party leaders were in talks with their AAP and TMC counterparts.
Chief Minister Sawant said the central BJP leadership is already in talks with the Maharashtrawadi Gomantak Party (MGP) to seek its support if the saffron outfit falls short of a few numbers to form the next government.
Talking to PTI, Sawant said the BJP is hopeful of getting more than 22 seats (as against the majority mark of 21), but if it falls short of numbers, "the party has also kept open the option of seeking the support of independents and the MGP." A senior Goa BJP leader said they have designed a "fool-proof strategy" to ensure the party retains power in the coastal state.
He said Goa BJP president Sadanand Shet Tanavade and party's state general secretary Satish Dhond will meet Goa poll in-charge Devendra Fadanavis. Fadnavis and BJP's Goa desk in-charge C T Ravi would reach Goa on Wednesday, a day ahead of the counting. “We will not waste any time to decide our leader and stake claim to form the government,” another BJP leader said.
Also Read | BJP on pole in UP, Manipur; tight race in Uttarakhand, Goa; AAP ahead in Punjab
Besides the BJP, the Congress, too, is wooing the MGP, Goa's oldest regional party which has ruled the state in the past, to make up for any shortfall in seats. All India Congress Committee's Goa desk in-charge Dinesh Gundu Rao on Sunday said if his party falls short of the majority mark, it is open to seeking the support of outfits like the Aam Aadmi Party (AAP), the MGP and the TMC.
Congress leader Michael Lobo on Monday said they would include the MGP in the government even if the Congress-GFP alliance manages to secure more than 21 seats. "The MGP has been abused by the BJP,” claimed former state minister Lobo, who quit the saffron party in January.
When contacted, MGP legislator Sudin Dhavalikar, who is the brother of party head Deepak Dhavalikar, appeared non-committal on supporting any party as this juncture and said they will take a call on an alliance after consulting their pre-poll ally the TMC once the results are out.
On the other side, Trinamool Congress's Goa chief Kiran Kandolkar claimed his party will win seven to eight seats and ally MGP four to five, "after which we will bargain for the chief ministerial post if any party wants our support".
In the 2017 elections, Congress had emerged as the single largest party winning 17 seats, but the BJP had pipped them to power after roping in the support of regional parties and independent MLAs. In the 2022 elections, the MGP joined hands with the Trinamool Congress, while the Goa Forward Party (GFP) entered into a pre-poll alliance with Congress.
Check out our in-depth Market Coverage, Business News & get real-time Stock Market Updates on CNBC-TV18. Also, Watch our channels CNBC-TV18, CNBC Awaaz and CNBC Bajar Live on-the-go!