Prior to the Lok Sabha elections, many national, as well as, regional party stalwarts jumped ships in hopes of better prospects. The country, which is about to undergo the 17th Lok Sabha elections starting April 11, will see many new faces campaigning for different parties.

Congress leaders Tom Vadakkan from Kerala, Biju Janata Dal leaders Baijayant Panda and Damodar Rout, Actress-turned-politician Jaya Prada have now become part of the Bharatiya Janata Party (BJP).
At the same time Shatrughan Sinha, Kirti Azad from Bihar have abandoned the BJP party and have become part of the Congress.
Take a look at the party hoppers of 2019. 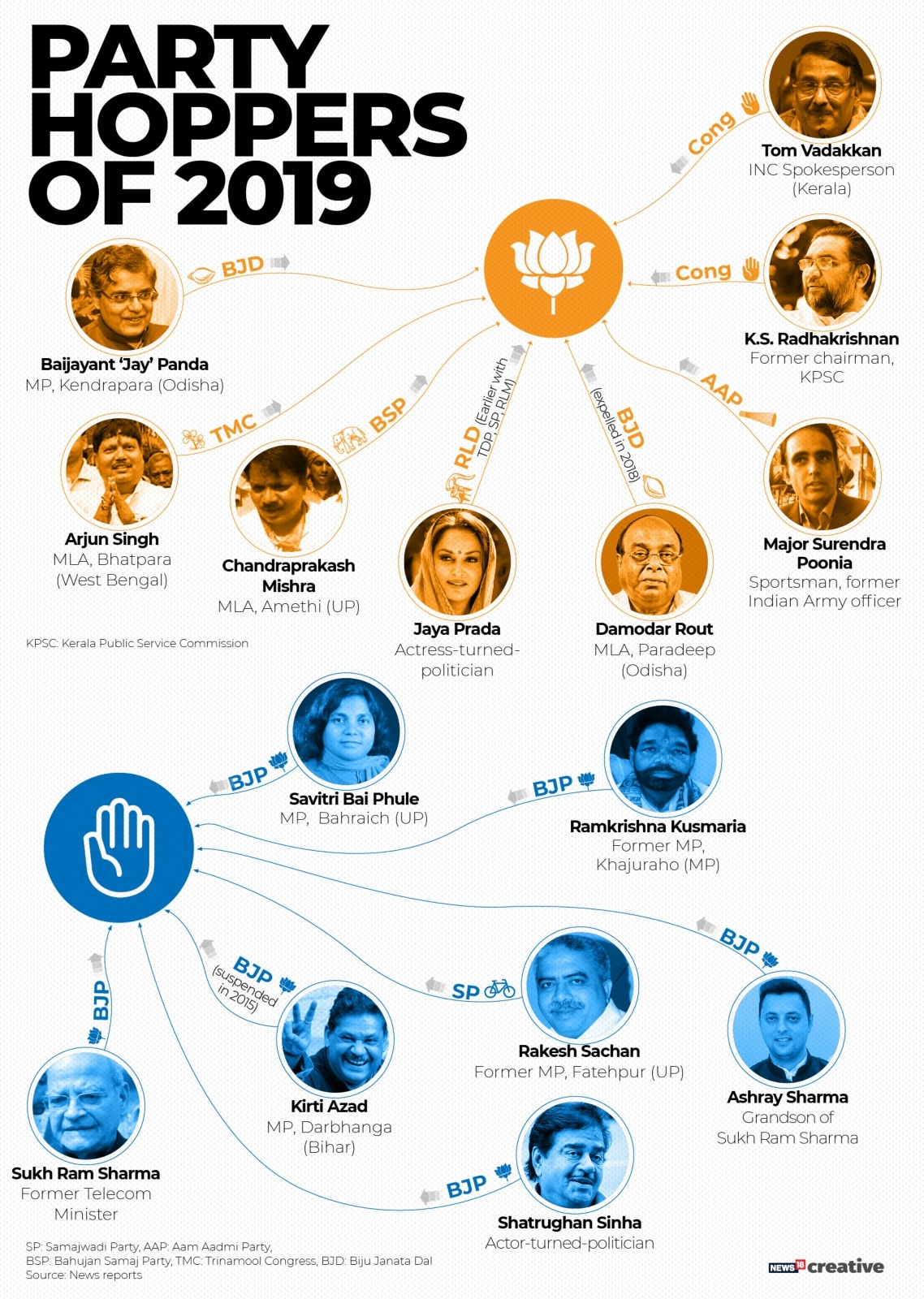