Updated : April 09, 2019 02:43 PM IST
BJP’s chances of securing a majority on its own in the upcoming Lok Sabha elections will hinge on its performance in Uttar Pradesh
As per the seat-sharing agreement, the SP will contest in 37 seats, while BSP gets 38
The grand alliance has left Rae Bareli and Amethi untouched, leaving the traditional stronghold of the Gandhi family for the Congress party.

Eyeing a second term at the centre in the upcoming Lok Sabha polls, the Bharatiya Janata Party (BJP)-led National Democratic Alliance will face a major hurdle in the form of Samajwadi Party (SP)-Bahujan Samaj Party (BSP) alliance or ‘mahagathbandan’ in Uttar Pradesh. 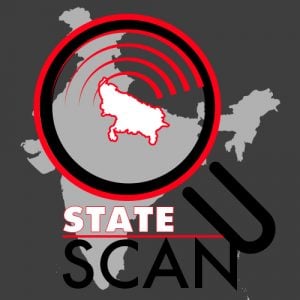 The state with 80 Lok Sabha seats remains key to BJP or for that matter any political party’s fortunes to form a government at the centre. Remember, the adage: the road to Delhi goes via Lucknow.

Uttar Pradesh turned out to be the goldmine the BJP was looking for in 2014, with the party collecting a rich haul of 71 seats from the state, catapulting it to a total of 282 seats. Along with NDA ally, Apna Dal, the NDA won 73 out of 80 seats at stake. Rival Akhilesh Yadav-led SP could manage to win just 7 seats, while another major player, Mayawati’s BSP failed to open its account. The Congress party won just the two — Amethi and Rae Bareli, its pocket boroughs.

In the subsequent state election as well, BJP stormed back to power in Uttar Pradesh after a gap of 15 years, winning a landslide 312 seats, with almost 40 percent vote share. The SP got under 50 seats and the BSP was reduced to 19.

BJP’s chances of securing a majority on its own in the upcoming Lok Sabha elections will hinge on its performance in Uttar Pradesh. And with fierce rivals SP and BSP burying their hatchet and coming together to form an alliance, BJP is already feeling the heat. Its candidates lost stronghold Gorakhpur and Phulpur seats in Lok Sabha bypolls last year to SP-BSP combine.

Mayawati supported SP candidates in both seats which were earlier held by Yogi Adityanath and his deputy Keshav Prasad Maurya. BJP’s loss to the two was a massive setback, particularly Yogi Adityanath’s Gorakhpur constituency, which was with the party since 1991.

The SP-BSP further cemented the coalition idea by jointly supporting the Ajit Singh’s Rashtriya Lok Dal (RLD) in Kairana, which was also wrested from BJP. RLD has now been formally inducted into the SP-BSP alliance, while the Congress party has been left out.

As per the seat-sharing agreement, the SP will contest in 37 seats, while BSP gets 38. RLD has been allotted 3 seats. The grand alliance has left Rae Bareli and Amethi untouched, leaving the traditional stronghold of the Gandhi family for the Congress party.

Ignored by the alliance and hoping to cash in Priyanka Gandhi’s foray into active politics, the Congress has decided to contest on its own in the state. Although the Congress organisation is in tatters in the state, but it could repeat a 2009-kind of performance when the party won 21 seats on its own. The entry of Priyanka Gandhi and its recent victories in Madhya Pradesh, Rajasthan and Chhattisgarh makes it the main opponent of BJP.

Meanwhile, BJP is struggling to keep its flock together, particularly smaller allies Apna Dal and Suheldev Bharatiya Samaj Party (SBSP) led by Om Prakash Rajbhar. Both parties represent the most backward classes and played a crucial role in Amit Shah’s strategy to split other backward castes (OBC) vote bank. A definitive seat-sharing agreement still eludes the NDA combine, but BJP cannot afford to lose these allies at this juncture.

Apart from alliance woes, it will be crucial for BJP to preserve its rank and file and keep them motivated. The party’s Bahraich MP Savitri Bai Phule has joined the Congress in the presence of Priyanka Gandhi recently. Phule called the party as “anti-Dalit.” More dissent among sitting MPs and other aspiring leaders may not be ruled out as the party will announce its list of candidates in the coming days.

The BJP can, however, take some comfort from the fact that the lack of alliance between the Congress and the SP-BSP Mahagathbandhan still makes it a triangular contest in Uttar Pradesh. BJP could still be in an advantageous position in a number of Lok Sabha constituencies where the Congress is strong and can cause a division of votes.

Yet another factor that may work out in its favour will be Prime Minister Narendra Modi’s popularity and the recent pro-nationalistic mood in the aftermath of the Pulwama terror attack and subsequent surgical strikes against Pakistan in Balakot.

The mahagathbandan appears strong with arithmetic favouring them in the two Lok Sabha bypolls where non-BSP candidates contested with support from Mayawati’s BSP. Let’s not forget, the alliance partners derive their strength from castes, which are locked in traditional social and political enmity.