Updated : April 09, 2019 02:41 PM IST
The BJP announced its candidates from many states, including Uttar Pradesh, Uttarakhand, Tamil Nadu, Gujarat, Chhattisgarh, West Bengal, Rajasthan, Arunachal Pradesh and Tripura.
The BJP has finalised names of all 17 party candidates from Bihar and sent the list to the state unit which will announce it jointly with allies, Nadda said.

The Bharatiya Janata Party (BJP) on Thursday released the first list of 184 candidates for the upcoming Lok Sabha elections.

In 2014, PM Narendra Modi contested from Varanasi as well as Vadodara in his home state Gujarat. After winning both, he decided to retain the holy city in Uttar Pradesh.

In Varanasi, he won with a huge margin over his rivals Arvind Kejriwal and Congress's Ajay Rai. Varanasi will vote on May 19, in the last round of seven-phase polls that start on April 11. The results will be declared on May 23.

The BJP also fielded its Tamil Nadu unit chief Tamilisai Soundararajan from Thoothukudi from where DMK's K Kanimozhi is contesting.

JP Nadda, who had announced that minister of state from home Kiren Rijiju will contest from Arunachal East, later corrected himself, saying he would be contesting from Arunachal West.

The BJP also fielded Baijayant 'Jay' Panda, who had quit Odisha's ruling Biju Janata Dal to join it, from Kendrapara.

Nadda also announced that candidates for all the 17 seats it will contest in Bihar have been cleared by the party's Central Election Committee and sent to the state election panel. 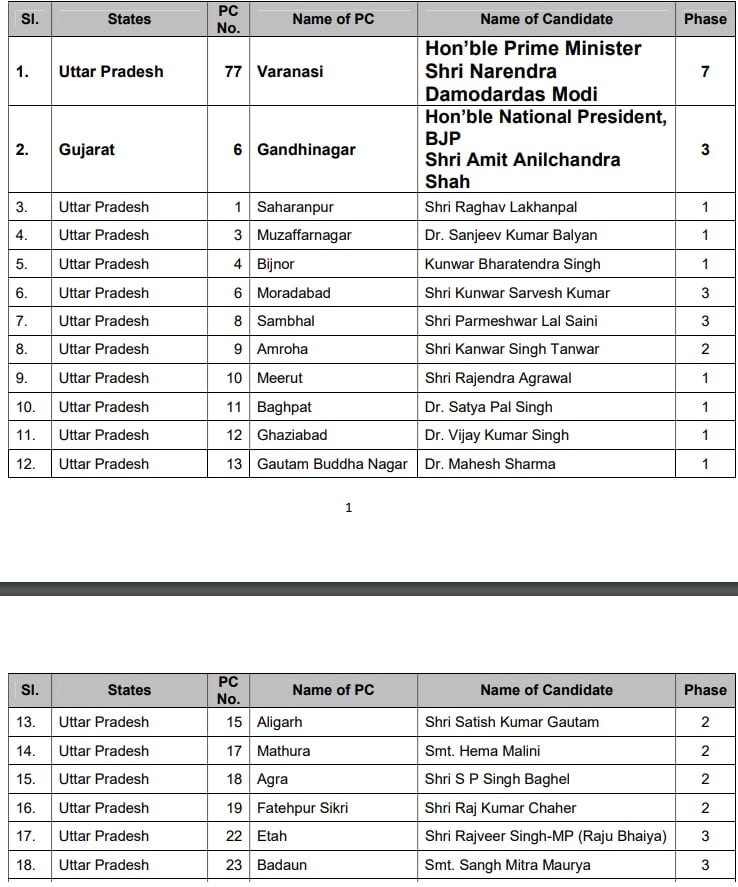 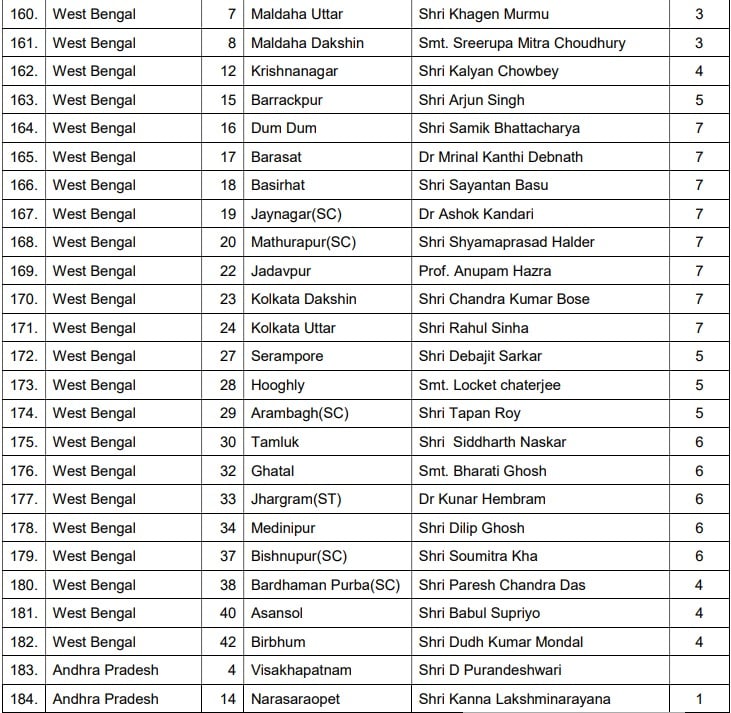 The BJP has finalised names of all 17 party candidates from Bihar and sent the list to the state unit which will announce it jointly with allies, Nadda said.

Lok Sabha elections will begin on April 11 and continue for over a month till May 19 across seven phases, followed by counting of votes on May 23.