Updated : April 09, 2019 02:39 PM IST
Indeed, the Sabarimala issue will determine the outcome from Kerala in this general election
Kerala goes to polls in a single phase on April 23

Kerala, for long, has witnessed a bi-polar contest between the CPI(M)-led Left Democratic Front and the Congress party-led United Democratic Front. And where the political preferences had calcified among its people, a small swing between the two fronts, pretty usual between alternate elections, had led to one or the other front winning seats more than the other likewise. The floating votes, or the swing votes, had determined the outcome for long. 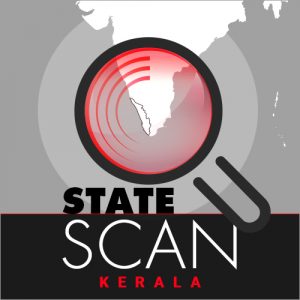 Things, however, have been different in the past few elections and the BJP has made steady inroads and this was most pronounced in 2014; the BJP had polled over one lakh votes in five Lok Sabha constituencies – Kasargode, Kozhikode, Palakkad, Thrissur and Thiruvananthapuram – and while the party’s candidates came third in four of these, O Rajagopal ended up the nearest rival and winner – Shashi Tharoor of the Congress – from Thiruvananthapuram then. Rajagopal polled ver 2,82,000 votes, less than a mere 15,000 votes that Tharoor polled.

In addition, the BJP’s votes were over 50,000 in at least 12 other Lok Sabha constituencies in 2014. The party certainly expanded its support base and there is a very little indication to suggest that this trend has changed. It is another matter that it will take a lot more – a great leap forward – for the BJP to establish wins in any of the 20 constituencies; Thiruvananthapuram, however, could be an exception if only the BJP’s nominee, Kummanom Rajasekaran, until recently Governor of Mizoram, manages to prove himself better than O Rajagopal.

In other words, it remains to see if the BJP’s recent plot of pitching against the entry of women in the age group when they menstruate into the Sabarimala shrine – against the Supreme Court’s decision on the dispute – and the hysteria over it ensures an incremental erosion of votes from the Left’s support base as well as the Congress. But then, any such prospect could also lead to a shift among the Muslim voters there from the Congress to the Left. Tharoor, indeed, had sought to preserve his own self by speaking against the court-ordained social reform! The impact of his self-preserving stance will be evident only when the votes are counted on May 23, 2019.

Well. The Sabarimala issue and the challenge thrown at the Left in that context can also lend to the CPI(M)-led front a certain advantage. In an election where the minority community is posed with the question of its own existence in the context of a resurgent BJP in the state, it is likely that they end up supporting the Left elsewhere in Kerala even while holding firm with their commitment to vote the UDF candidates in Malapuram and Ponnani constituencies, where the IUML has won all the elections hitherto and as part of the UDF.

In the event, the Congress, though the largest partner in the UDF and the party that won 8 of the 20 seats (apart from the 2 IUML, one RSP and one KC-M) leaving only 8 seats to the LDF in 2014 could find the going tough in Kerala and thus find its numbers reduced significantly when results are declared on May 23. The party, in a sense, was oblivious of the fate it had met with in Uttar Pradesh and Bihar in the late 1980s when it flirted with Hindutwa and attempted to appropriate the Ayodhya-centred campaign. The party lost its base among the minorities and also lost the caste-Hindu constituencies. It fell between the two stools!

The Kerala unit of the Congress too raised the pitch against the Supreme Court’s decision upholding the right to entry of women in the age group when they normally menstruate into the Sabarimala shrine only to end up as fellow travelers in the protest after the BJP took it up and raised a hysteria; it was indeed a battle against the Left and the CPI(M) in particular and all those who orchestrated the agitation certainly had in view the elections of May 2019. It was indeed a glimmer of hope, from the point of democracy being a continuous struggle for equality in the social and economic sense and not just the political that the CPI(M) spoke out and also mobilized people on the streets for the socially forward-looking judgment.

The human wall, with women across the spectrum, from one to another end of Kerala on January 1, 2019 was any indication, it was that those who aspire for a far more humane equal society and against invented traditions are not a small miniscule in Kerala; the programme was an expression that the people in Kerala looked forward and not steeped in the past. Add to this the handling of the Nipah virus that threatened to turn an epidemic and the relief and rehabilitation works after the floods in August 2018, the Left Front seemed to have ensured its cadre worked with the people.

Indeed, the Sabarimala issue will determine the outcome from Kerala in this general election. And more than determining the political fortunes in New Delhi, the people of Kerala, on April 23, will vote to convey whether the majority there stand by progress or will like to remain steeped in whatever is called their tradition, invented and otherwise. It will also see how much the BJP has managed to gain in terms of the votes its candidates poll.

Kerala goes to polls in a single phase on April 23.

This is the 5th article of a series on state-by-state deep look at the approaching general elections. Click here to read more: State Scan