Modi gifted a cricket bat to Solih signed by the Indian cricket team after holding bilateral talks.
"Connected by cricket! My friend, President Solih is an ardent cricket fan, so I presented him a cricket bat that has been signed by Team India playing at the CWC2019," Modi said on Twitter. 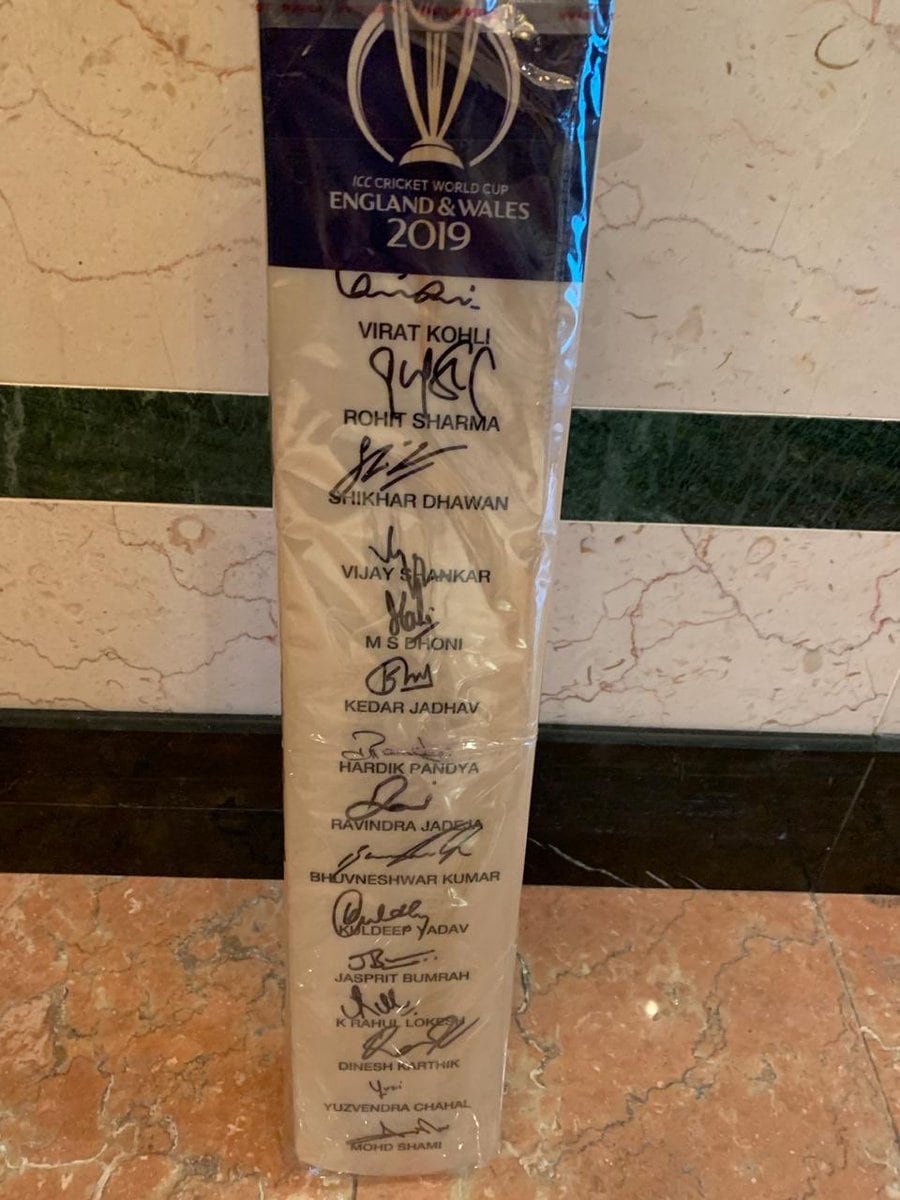 Prime Minister Narendra Modi gifted a bat to Maldives president Solih signed by the Indian cricket team.
India is helping in training Maldivian cricket players and bringing it up to the requisite standard, the external affairs ministry said in New Delhi on Thursday.
India is also looking into constructing a stadium in the Island nation which is another request made by it, Foreign Secretary Vijay Gokhale said.
He said the ministry is working with the Board of Control for Cricket in India (BCCI) to train Maldivian cricketers.
"A team from the BCCI visited the Maldives earlier in May for the training of Maldivian cricketers, organising coaching programmes and supply of kits," he said.
To consolidate people-to-people relations, Modi's latest emphasis is on cricket diplomacy in the island nation, helping the mission of President Solih to develop cricket, official sources said.
In April, Solih attended an Indian Premier League (IPL) match in Bengaluru and subsequently expressed interest to develop a cricket team in the Maldives and sought India's assistance in training this team and bringing it up to the requisite standard.
Modi arrived in the Maldives on Saturday on his first foreign visit after re-election as Prime Minister to strengthen the bilateral ties.
While Modi visited the Maldives in November 2018 to attend President Solih's swearing-in, this visit is the first by an Indian prime minister at a bilateral level in eight years.
The two-day state visit of Prime Minister Modi is aimed at further cementing ties with the Indian Ocean archipelago.
India in March assured the Maldives that it will "positively consider" its request to help build a cricket stadium in the island nation during then external affairs minister Sushma Swaraj's visit.
A joint statement at the end of Swaraj's visit to the Maldives in March said that the Maldivian side requested Indian assistance for the construction of a cricket stadium. "The Indian side agreed to positively consider the request," it said.
Cricket Board of Maldives governs the gentleman's game in the island nation. It became a member of the Asian Cricket Council and an affiliate of the International Cricket Council in 1998.
The Maldives national cricket team represents the country in international cricket. It made its Twenty20 International debut in January this year after the International Cricket Council decided to grant full Twenty20 International (T20I) status to all its members.
Indians are the second largest expatriate community in the Maldives with an approximate strength of around 22,000.
Check out our in-depth Market Coverage, Business News & get real-time Stock Market Updates on CNBC-TV18. Also, Watch our channels CNBC-TV18, CNBC Awaaz and CNBC Bajar Live on-the-go!