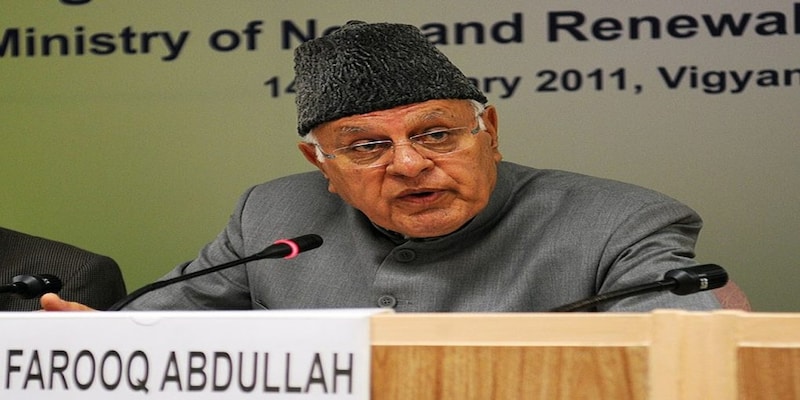 Farooq Abdullah resigns as NC chief: Now, the election for the new president will be held on December 5. It is speculated that his son Omar Abdullah might take over the next party chief.

"Dr Farooq Abdullah Sahib has informed his colleagues of his decision to step down as president of JKNC. In spite of the best efforts of senior colleagues in the party Dr Sahib was adamant that he wouldn’t review his decision," the JKNC said in a series of Tweet on Friday.

Now, the election for the new president will be held on December 5. It is speculated that his son Omar Abdullah might take over the next party chief and 85-year-old Farooq Abdullah might assume the role of party patron.

In light of this sudden announcement which has caught everyone by surprise the General Secretary as per the party constitution, has been tasked with conducting the election for party president which will be completed on Dec 5.Until then Dr Sahib continues as President of JKNC 2/2

While announcing his resignation, Farooq Abdullah said it is time to hand over the mantle to the new generation. He said he will contest for the post of president any longer.
"The elections for the post will be held on December 5. It is time for the new generation to take over the responsibilities. Anyone from the party can contest for the post. It is a democratic exercise," Abdullah, who is a Lok Sabha MP, was quoted by PTI as saying.
Abdullah reportedly announced his decision to quit the post at the party's provincial office bearers meeting held in Srinagar. In an emotional speech, he urged party leaders to take control of the situation and also highlighted challenges faced by locals. According to India TV, he further advised party officials to collaborate closely with the locals.
Check out our in-depth Market Coverage, Business News & get real-time Stock Market Updates on CNBC-TV18. Also, Watch our channels CNBC-TV18, CNBC Awaaz and CNBC Bajar Live on-the-go!