The BJP is expected to win 75 seats in Haryana, improving from its 2014 tally of 47 seats.

The BJP will comfortably win the assembly elections in Haryana, repeating its crushing victory in the May general elections, and leaving the main opposition Congress party trailing far behind, according to a survey by News 18-Ipsos released on Monday. 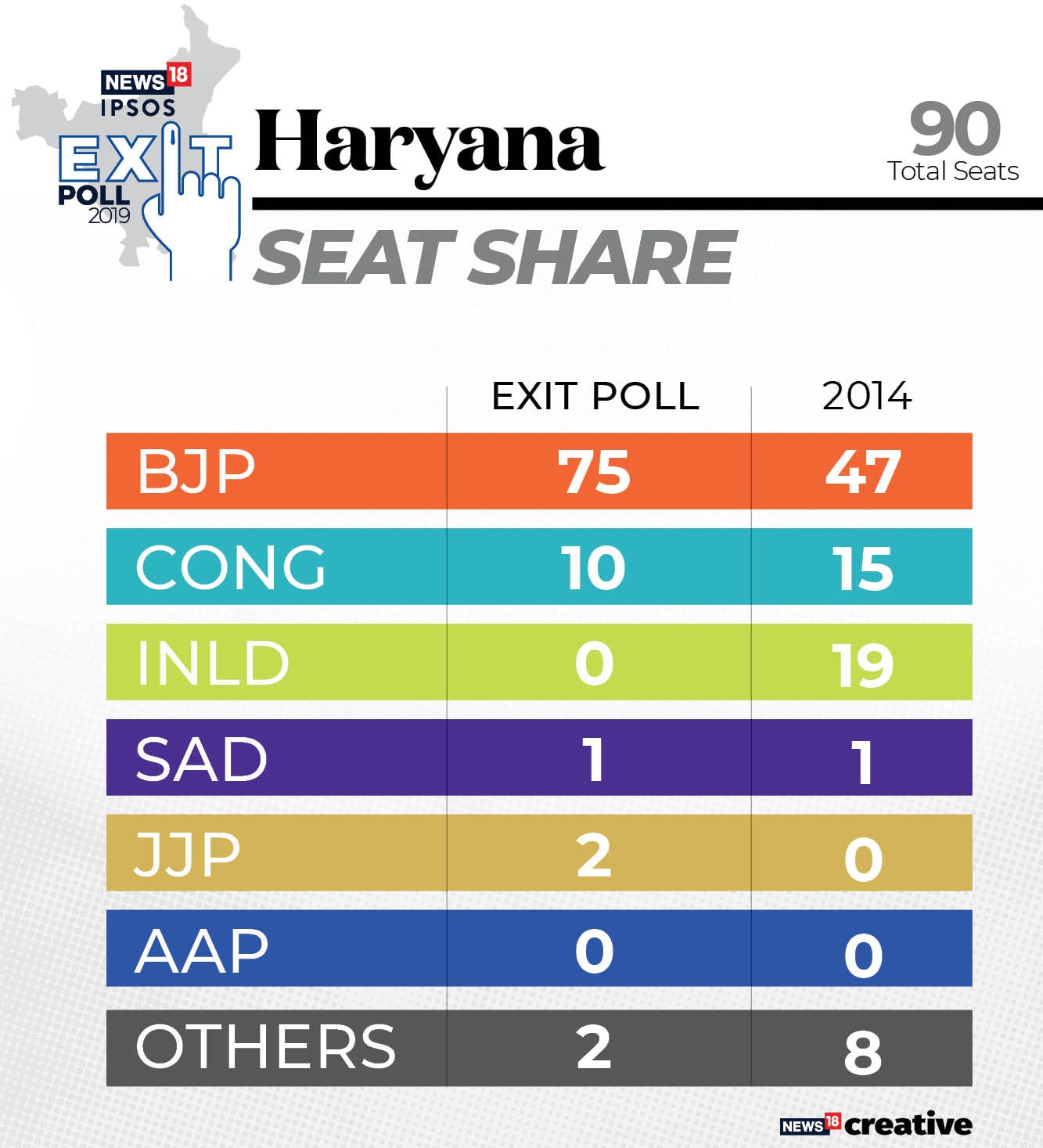 The BJP has 48 members in the outgoing assembly. It has set a target of winning 75-plus seats in the 90-member House riding on the hype of the abrogation of Article 370 and the National Citizens Register (NRC).
The Congress is focusing on issues like the economic slowdown, rising unemployment and farmers distress in its campaign.
While the BJP and the Congress are contesting on all 90 seats, the BSP is in the fray on 87 seats, and the INLD is contesting on 81 seats. There are some 375 candidates contesting as Independents.
Former MP Dushyant Chautala-led Jannayak Janta Party (JJP), a breakaway of the Indian National Lok Dal (INLD) which contested its maiden Assembly poll is expected to draw a blank.
The counting of votes will be held on October 24.
Check out our in-depth Market Coverage, Business News & get real-time Stock Market Updates on CNBC-TV18. Also, Watch our channels CNBC-TV18, CNBC Awaaz and CNBC Bajar Live on-the-go!