Election dates for Maharashtra and Haryana out, results on October 24

The Election Commission of India on Saturday announced election dates for assembly elections in two states - Maharashtra and Haryana.

Elections in Maharashtra and Haryana will take place on October 21 and voting will be held on October 24. 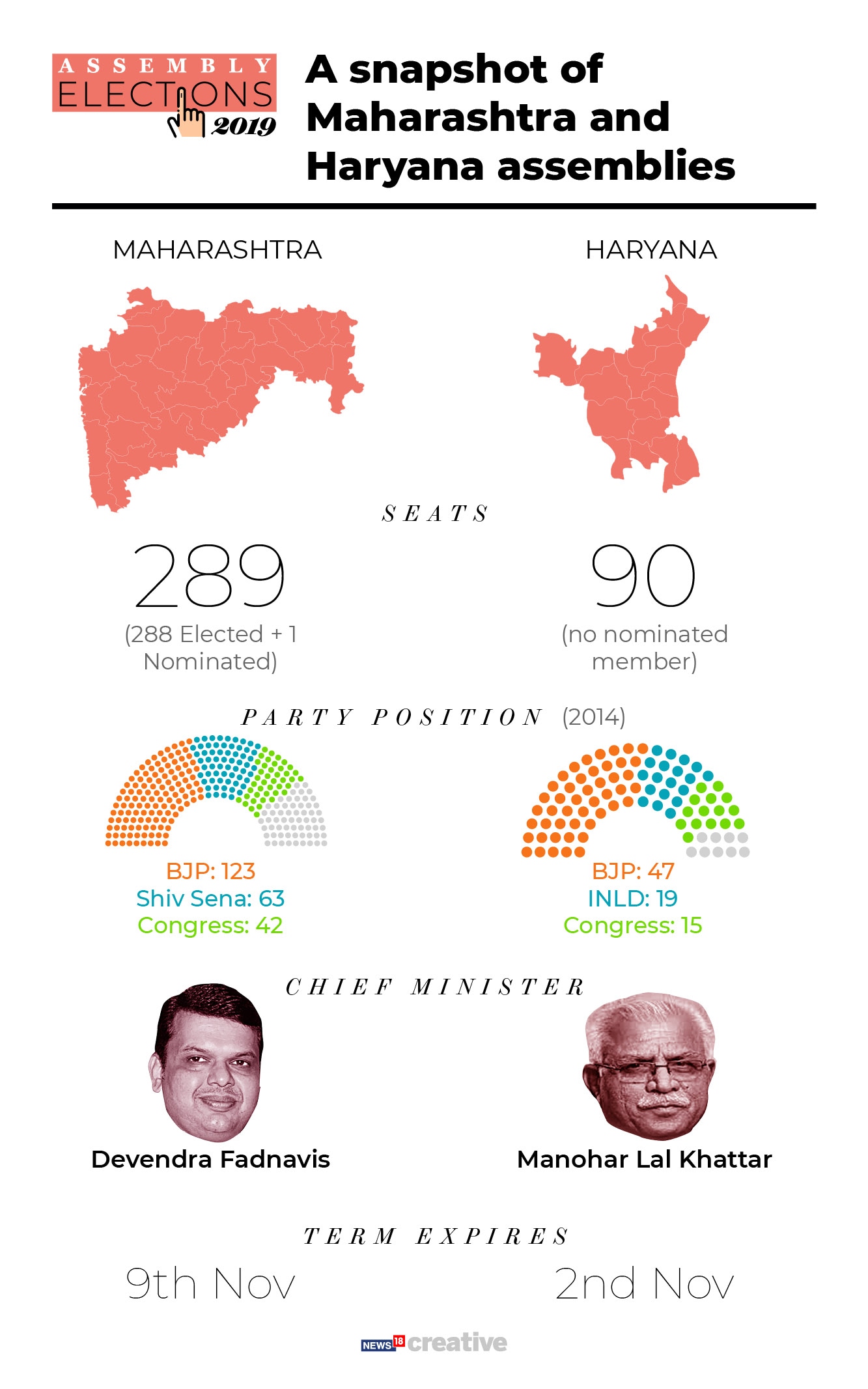 While assembly by-elections will be held on 64 assembly seats, the Samastipur Lok Sabha constituency in Bihar will also have a bypoll. These assembly seats include 15 in Karnataka and 11 in Uttar Pradesh.

Chief Election Commissioner Sunil Arora said the byolls in Karnataka will be held on seats, including where sitting MLAs were disqualified recently.

The 11 UP assembly seats mostly belong to MLAs who had won the Lok Sabha elections and had resigned as members of the state assembly. The Samastipur (Bihar) Lok Sabha by-election was necessitated following the death of sitting MP Ram Chandra Paswan of the Lok Janshakti Party in July.

Responding to a question, Arora said the bypoll to the Satara Lok Sabha seat will not be held along with the Maharashtra assembly elections on October 21.

Assembly bypolls in West Bengal are not being held now as the state government had cited the Durga Puja festivities to postpone the exercise. They will also not be held in Uttarakhand now as panchayat elections are already underway and the state machinery is occupied with the exercise, Arora said.

In some other seats, by-elections are not being held as respective high courts are hearing election petitions and the matters are sub judice, he added.

States where assembly bypolls will be held are Arunachal Pradesh, Chhattisgarh, Telangana, Madhya Pradesh, Meghalaya, Odisha and Puducherry (one seat each).

The notification for on the Lok Sabha bypoll and 64 assembly by-elections will be issued on September 23. The nomination process will begin the same day.