Communal violence over the amended citizenship law escalated in northeast Delhi on Tuesday night taking the death toll to 18 as police struggled to check the rioters who ran amok on streets, burning and looting shops, pelting stones and thrashing people.

Communal violence over the amended citizenship law escalated in northeast Delhi on Tuesday night taking the death toll to 20 as police struggled to check the rioters who ran amok on streets, burning and looting shops, pelting stones and thrashing people.

In his first reaction to incidents of violence in Delhi, Prime Minister Narendra Modi on Wednesday appealed for peace and brotherhood and said he has held an extensive review of the prevailing situation in various parts of the national capital.
He also said it was important that calm and normalcy was restored at the earliest.
"Had an extensive review on the situation prevailing in various parts of Delhi. Police and other agencies are working on the ground to ensure peace and normalcy," Modi tweeted.
"Peace and harmony are central to our ethos. I appeal to my sisters and brothers of Delhi to maintain peace and brotherhood at all times," he added.
At least 20 people have been killed in communal violence in northeast Delhi for the last few days.
Meanwhile, Congress president Sonia Gandhi has blamed the Centre and also the Delhi government for the violence.
Addressing a press conference after chairing a Congress Working Committee (CWC) meeting, she said there was a conspiracy behind the violence and tragic incidents in Delhi.
"The conspiracy was witnessed during Delhi polls and BJP leaders gave hate speeches creating atmosphere of fear and hatred," she said.
The Centre, home minister and the Delhi government are responsible for the situation in the national capital, the Congress chief said.
Gandhi said that Union Home Minister Shah must take responsibility for the violence in Delhi and resign.
Delhi violence in pictures
: Death toll mounts as city remains on the edge
Over 200 people, including 48 police personnel, have been injured and half of the civilians have suffered gunshot wounds, hospital authorities said.
The violence, which started on Sunday after anti-CAA protests blocked a road outside Jaffrabad Metro station and BJP leader Kapil Mishra called a gathering in favour of CAA, intensified on Tuesday, despite shored up security in the city in view of US President Donald Trump's visit.
The protesters withdrew from the site on Tuesday night. 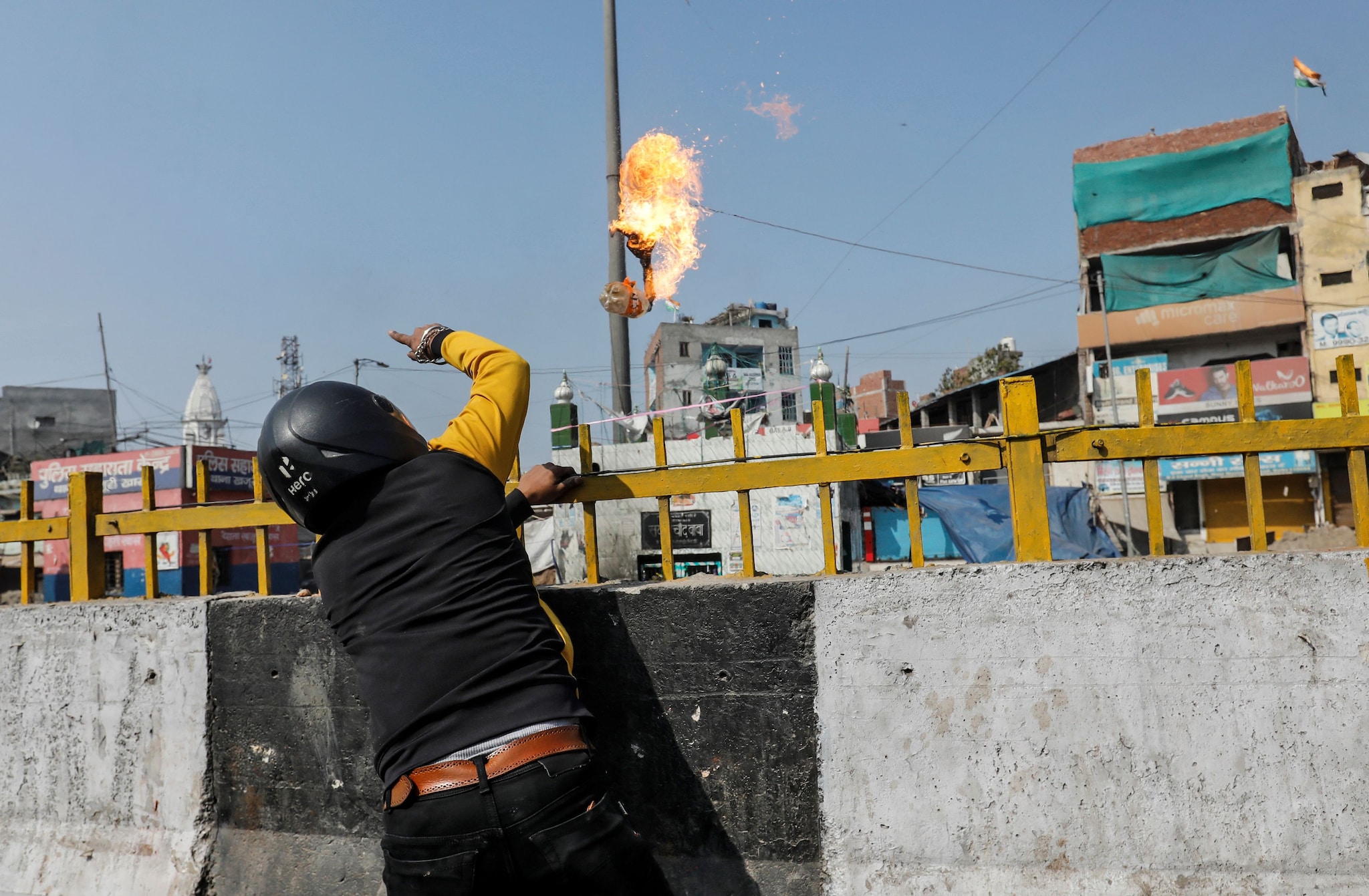