Arvind Kejriwal-led Aam Aadmi Party has scored a hat-trick in Delhi, with the latest election results showing the ruling party is leading in 62 seats as the counting of votes is still underway for the 2020 assembly elections.

According to trends on the EC website, the AAP won 62 seats while the BJP was won the other eight. Congress party, which had ruled the state for 15 years before Kejriwal, was not able to win a single seat.

Delhi chief minister Arvind Kejriwal has won the New Delhi constituency by a margin of 21,697 votes against his nearest Bharatiya Janata Party (AAP) rival Sunil Kumar Yadav. Aam Aadmi Party (AAP) chief Kejriwal secured 46,526 votes with 61 percent of votes, while Yadav has managed to get 24,876 votes, according to the Election Commission website. 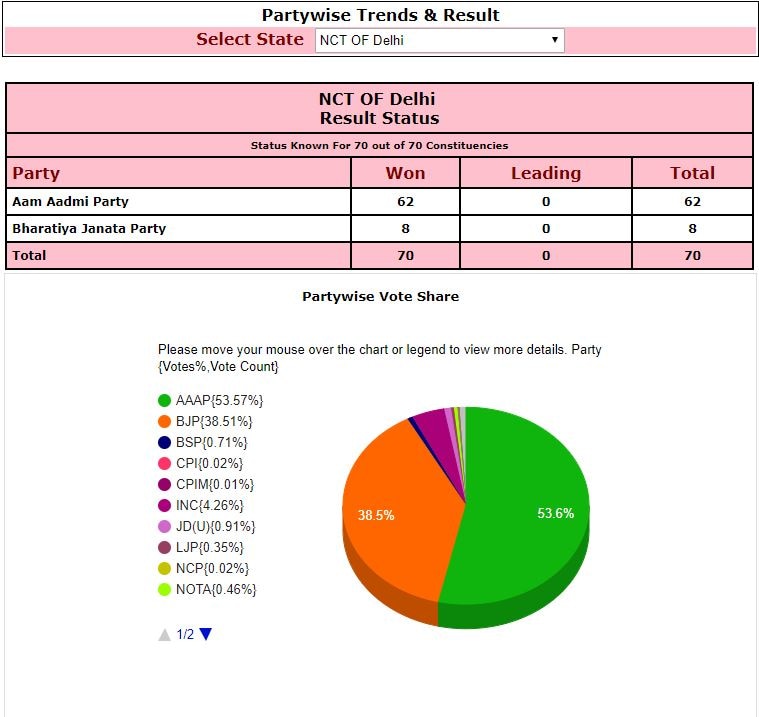 In terms of vote share, the BJP has bettered its previous mark but AAP has registered a comfortable win. The AAP gained 53.5 percent votes while the BJP was able to receive 38.5 percent votes.
Tags Delhi Election Results Elections 2020