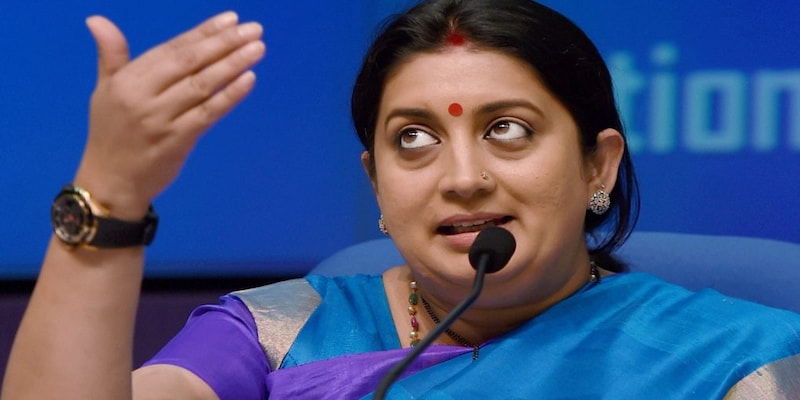 Smriti Irani said it was shocking that liquor vends were opened near schools and religious places in Delhi. Irani said the BJP is determined to continue its protest against the new excise policy till it's withdrawn by the Arvind Kejriwal government.

Addressing a virtual rally organised by the Delhi BJP, she also took a dig at Chief Minister Arvind Kejriwal, saying "the leader, who talked of Swaraj and wrote in his book about picketing liquor shops and shutting them down, was now exploring opportunities to open liquor shops in each ward." No immediate reaction was available from the ruling Aam Aadmi Party (AAP) on Irani's attack on excise policy of the Delhi government.
Irani said the BJP is determined to continue its protest against the new excise policy till it's withdrawn by the Kejriwal government. "The Kejriwal government has given a message to the society that it is ready to go to any length for profit. I want to ask the AAP government who will be answerable for the families that will be destroyed in this quest for profit," she said.
She also said the civil society should ponder whether the money earned through sale of liquor will suit work of welfare and development. She said that while liquor stores were opened close to gurdwaras in Tilak Nagar, another was opened near a school in Shahdara. The locals in Mandawali had frequent altercations due to a liquor store in their neighbourhood, the BJP leader said.
Irani said the liquor vends also jeopardised safety of women. She claimed women were forced to pass through crowds of people including drunkards near the liquor shops praying for their safety and modesty. The Kejriwal government has moved out of liquor sale in Delhi, licensing out 849 liquor vends to private firms through open tendering under its new excise policy. So far, over 550 liquor stores have been opened in many parts of the city while rest are coming up.
Delhi BJP Adesh Gupta on Thursday warned that the liquor stores near schools and religious places will be sealed after 48 hours if the Delhi government failed to shut them down. The municipal corporations of Delhi ruled by the BJP have closed down several liquor shops over alleged violations of Master Plan and other norms.
Check out our in-depth Market Coverage, Business News & get real-time Stock Market Updates on CNBC-TV18. Also, Watch our channels CNBC-TV18, CNBC Awaaz and CNBC Bajar Live on-the-go!