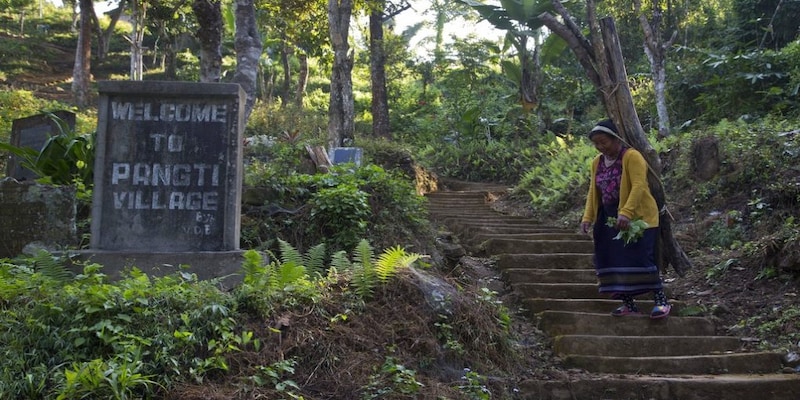 A much-awaited meeting between the National Socialist Council of Nagalim (Isak-Muivah)/NSCN-IM and Naga peace talks interlocutor, Governor RN Ravi, which was set to take place in Dimapur on July 17 has been deferred for now. Sources said that the 85-year-old NSCN-IM Ato Kilonser (Prime Minister),  Thuingaleng Muivah would not be able to attend the meeting due to “health concerns related to travel”.

A much-awaited meeting between the National Socialist Council of Nagalim (Isak-Muivah)/NSCN-IM and Naga peace talks interlocutor, Governor RN Ravi, which was set to take place in Dimapur on July 17 has been deferred for now. Sources said that the 85-year-old NSCN-IM Ato Kilonser (Prime Minister),  Thuingaleng Muivah would not be able to attend the meeting due to “health concerns related to travel”.

Four months since the coronavirus outbreak, the meeting called by Governor Ravi was slated to discuss pending issues between the Centre and NSCN-IM for finding an early solution to the decades-long Naga political problem. The IM was supposed to be represented by senior leaders Rh. Raising and Deputy Kilonser Limachuba in place of Th Muivah until Ravi decided to reschedule the talks to a mutually convenient date later.
Another crucial round of talks was held in Dimapur on Tuesday between RN Ravi and the Working Committee of the Naga National Political Groups (NNPGs) represented by the Convenors and co-convenors of the seven groups. Sources privy to the development said it was “cordial meeting” and both sides are now ready to finalise the ‘draft agreement’. However, the talks interlocutor is seemingly concerned about minorities being left out of the solution.
“The minorities are being left out in the final solution, and this is what RN Ravi is not too happy about. We consist of 16 tribes, but due to politics, it has now come down to 14 tribes. The Kukis and Kacharis are Original Inhabitants of Nagaland. They have existed and also had a role to play when the state was formed,” said a senior NSCN member of one of the NNPGs who was not present in the meeting.
“There will be a separate solution for the Nagas of Nagaland. In the case of NNGPS, we have been sincerely pursuing our negotiations. There is nothing more to ask from the Government of India. The talks interlocutor only feels that there should be an equal representation,” he added, stating that for the Nagas living outside the state, the IM is negotiating a win-win solution with the Centre.
Earlier, Governor Ravi was severely criticised by the IM and other NSCN factions for his letter to the state Chief Minister on June 16, wherein he termed the rebel groups as "armed gangs that question the sovereignty and integrity of the nation.” In his four-page letter to CM Neiphiu Rio, Ravi pointed out to instances of "gunpoint extortions by armed miscreants".
A statement issued by IM later said that “NSCN is the recognized and legitimate national organization of the Naga people and not a gang,” and that it was the inherent right of any sovereign people and nation to collect taxes from the people and commercial establishments.
After the supposed conclusion of the Naga peace talks between the Centre and NSCN-IM on October 31 last year, the government had issued a statement dispelling rumours of a breakthrough in talks, stating that any settlement with the Naga groups would be reached only after consultations with all stakeholders including Manipur, Assam and Arunachal Pradesh and that their concerns would be taken into consideration.
It has been 23 years since talks between NSCN-IM and the government officially began in 1997, and the group has, so far, held negotiations with six prime ministers. In August 2015, the Union government signed a framework agreement to seek a final solution with IM. The seven NNPGs joined the talks later by signing a ‘Deed of Commitment’ with the government in 2017.
The Centre and IM have, however, failed to reach a conclusion over issues concerning the Naga flag and their Constitution in recognition of the “Naga history spanning over 70 years”.
Check out our in-depth Market Coverage, Business News & get real-time Stock Market Updates on CNBC-TV18. Also, Watch our channels CNBC-TV18, CNBC Awaaz and CNBC Bajar Live on-the-go!