CNBC-TV18 Explains: What is the INX Media case and why was Chidambaram arrested?

CNBC-TV18 Explains: What is the INX Media case and why was Chidambaram arrested? 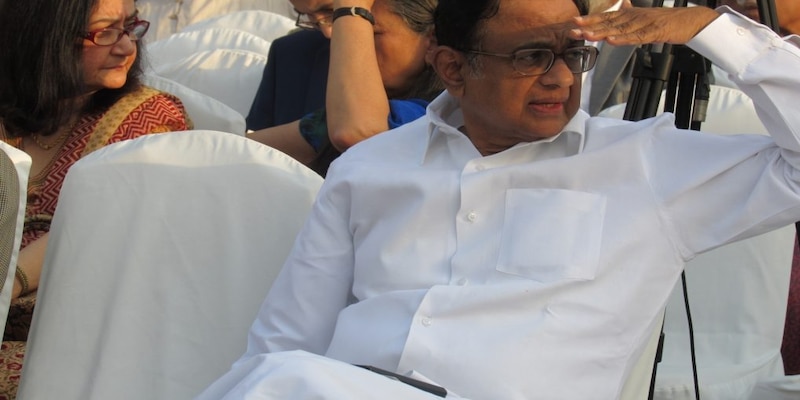 Officers of the Central Bureau of Investigation (CBI) arrested Congress party leader P Chidambaram from his home in New Delhi on Wednesday night in a suspected money laundering case.

Chidambaram was taken into custody for alleged irregularities in the clearance given by the Foreign Investment Promotion Board (FIPB) to the INX Media group for receiving overseas funds of Rs 307 crore in 2007 when he was finance minister.
His son Karti Chidambaram has already been named as a defendant in the money-laundering case. Chidambaram denies the allegation and accuses Prime Minister Narendra Modi's government of pursuing a political vendetta. He suffered a setback as a court Tuesday rejected his bail plea in the case.
Investigators couldn't find Chidambaram until Wednesday evening as his attorneys tried to get bail for him from the Supreme Court. The Supreme Court scheduled his bail plea for a hearing on Friday.
Here is a look at the case and its high points:
What is the case about?
CBI is investigating alleged irregularities in issuance of FIPB nod to INX Media for receiving a foreign investment of Rs 307 crore. Chidambaram has been arrested on suspicion of conspiring with Mauritius-based firm to illegally obtain money for his son's company.
INX Media sought FDI investment of up to 46.216 percent of issued equity capital for a proposed TV channel in 2007. The FIPB consisting of six government secretaries unanimously approved the proposal and advanced it to Chidambaram for his approval as FM. In May 2007, Chidambaram approved the investment proposal.
What is the CBI's case against Chidambaram?
The CBI has argued before the courts that INX Media, on receipt of foreign investment, made further downstream investments without necessary approvals from the FIPB.
The agency has argued that after making the unapproved downstream investment, INX sought to regularise the investment. It is CBI's position that INX Media paid kickbacks of Rs 10 lakh to companies that had Karti Chidambaram, the former finance minister’s son, as its beneficial owner. CBI contends that these payments to Karti Chidambaram's firms were used to influence the decision of his father to help regularise the downstream investment.
CBI also cites how the co-founder of INX Media Indrani Mukherhjea, the prime accused in the Sheena Bora murder case, turned approver in the case against Chidambaram. CBI substantiates its case by citing Indrani Mukherjea's statement under CRPC to the CBI. Mukherjea, according to CBI,  has confessed to have struck a deal with Karti Chidambaram to help influence P Chidambaram for securing a favourable decision from the finance ministry.
CBI launched an FIR in May 2017 naming Karti Chidambaram in the money laundering case. The Attorney General had also argued before the Delhi High Court that CBI investigations have revealed that Chidambaram was the recipient of the proceeds of the crime and did engage in money laundering and that custodial interrogation is imperative.
What is the defence likely to be used by Chidambaram's counsel?
Chidambaram’s lawyers are likely to invoke political vendetta in their defence. They are likely to argue that the actions of the CBI and ED are politically motivated and an act of vendetta as Chidambaram is a vocal critic of the government and a senior opposition leader.
Chidambaram's counsels are likely to lay emphasis on how the FIR does not name him and how despite the FIR having been filed in May of 2017, no charge sheet has been filed naming him as an accused in the case to date.
Counsels are also expected to cite how the FIR is completely silent on whether Chidambaram accepted any kickbacks to influence the decision and working of the finance ministry officials.
Against the ED proceedings, the lawyers are likely to argue that the threshold for ED investigations to kick in would be Rs 30 lakh. The FIR makes no references to any payments made to Chidambaram or his son, other than the Rs 10 lakh alleged to have been received by Karti Chidambaram.
Chidambaram’s lawyers are also likely to invoke his position as a member of Rajya Sabha in arguing that he is not a flight risk.
Moreover, they are likely to cite the track record of Chidambaram and his son to argue that they have responded to every summons issued by the investigating agencies and have sought to cooperate with all the proceedings.
Check out our in-depth Market Coverage, Business News & get real-time Stock Market Updates on CNBC-TV18. Also, Watch our channels CNBC-TV18, CNBC Awaaz and CNBC Bajar Live on-the-go!