Updated : December 17, 2019 11:13 AM IST
The All Assam Students’ Union (AASU) began a three-day mass Satyagraha movement in Guwahati, with a rally from the Latashil playground till Meghdoot Bhawan.
People from all age groups and different parts of Guwahati took part in the march that was to culminate at the office of the deputy commissioner, Kamrup (Metro).

Dressed in traditional mekhela sador, 78-year-old Putuli Kalita, who had taken part in the Assam Movement of '80s, was among thousands of Satyagrahis arrested by the government on Monday for leading a march against the Citizenship (Amendment) Act.

“I feel good that they arrested me – anything for my motherland. Back in the eighties, we were part of such a democratic uprising. This seems to be far bigger.”

The All Assam Students’ Union (AASU) began a three-day mass Satyagraha movement in Guwahati, with a rally from the Latashil playground till Meghdoot Bhawan, the main post office, from where protesters were arrested by police and taken away in buses. They were later released, police said.

People from all age groups and different parts of the city took part in the march that was to culminate at the office of the deputy commissioner, Kamrup (Metro). Instead, under heavy security presence, the protesters were rerouted and confined at the Dighalipukhuri Park in the city. People from all age groups and different parts of the city took part in the march. (Photo: Karishma Hasnat/CNBC-TV18)

“This is the fourth time that I have been arrested - thrice before in 1983 during the Assam Agitation,” said a 57-year old woman from Lachitnagar area.

Also Read: Why the Assamese are so angry with Citizenship Bill

“The government should not resort to vote-bank politics. This Act will be hazardous for our economy, and a threat to the identity of Assamese people. The conglomeration of Bengali and Assamese customs, language and culture will create chaos in the Assamese society," said Rocky Saikia, an eleventh standard student of Don Bosco Senior Secondary School, Guwahati.

"This is the second time I am participating, and I will continue to protest until the government withdraws the Act.”

While a father and daughter came to the protest ground together, several senior citizens who were part of the Assam Agitation walked an incredible distance to take part in the Satyagraha march. 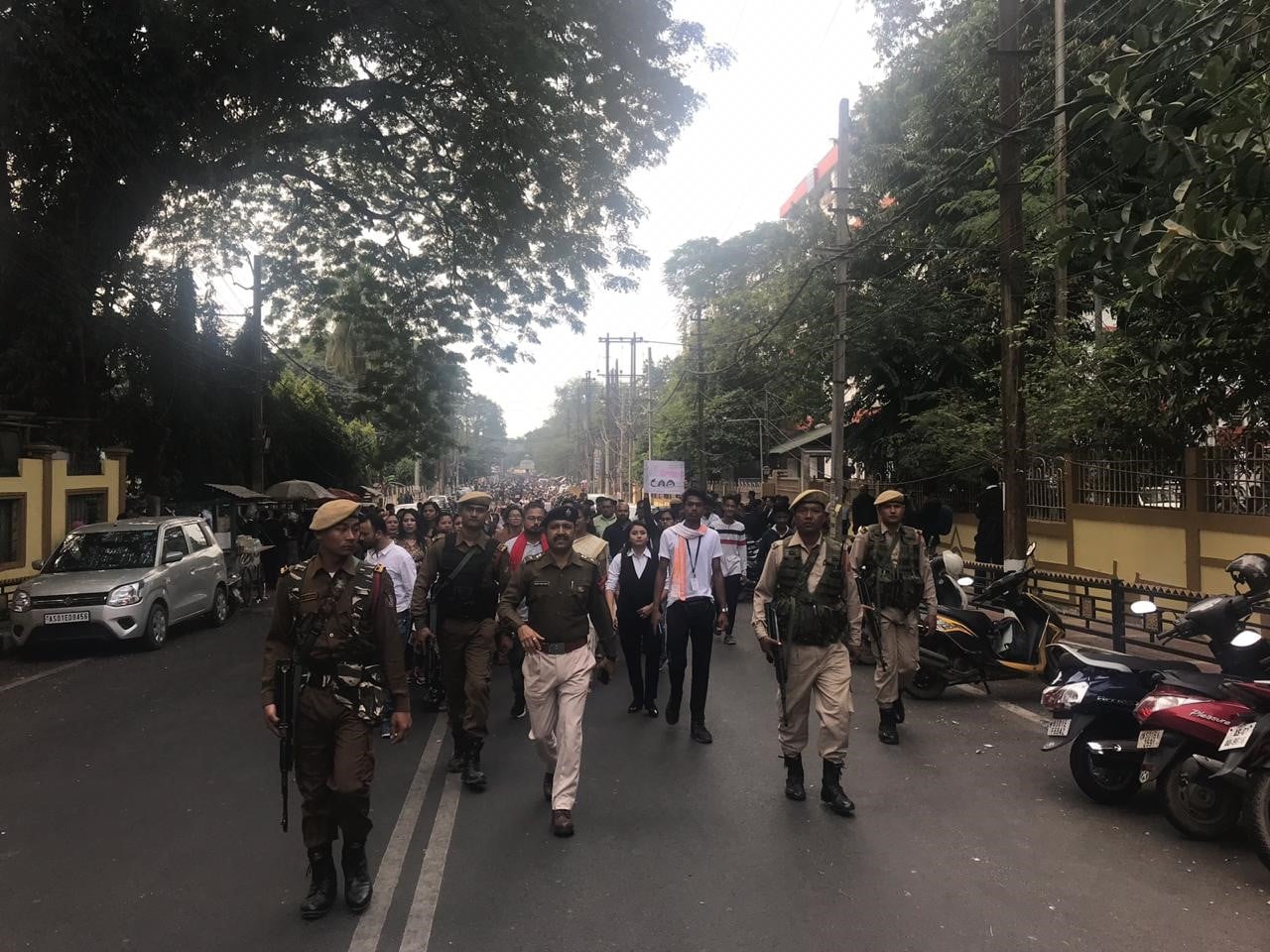 “We took part in the eighties agitation, and glad to be arrested. We are fearless, and we are ready to give blood for our land,” said 76-year old Dulal Das.

People from all faith and ethnicities came together for the protest programme today. With drums and cymbals, the Assamese once again made it clear that they will not accept the Citizenship Act.

Along the 3-km route, the Satyagrahis found support from lawyers, physicians, civil servants, members of the Assamese film and music industry and students of Cotton College who sat outside their institution with banners stating 'We want peace. No CAA'. “Let them arrest us. Today, they will arrest a hundred, tomorrow they will have to arrest hundreds and thousands more. This protest will not stop. Our slogan is 'Hoi CAA baatil korok – nohole amak geraftaar korok' (Either withdraw Citizenship Act, or arrest us). We will fill up the jails,” said AASU Advisor Samujjal Bhattacharya.

Assam minister Himanta Biswa Sarma remarked, “We have nothing to do with peaceful protests – these protesters today wanted to get arrested, so we did arrest them and set them free after 30 minutes.”

As the protesters were whisked away in a police bus, they sang the revolutionary song written by Assamese cultural icon, Rupkonwar Jyoti Prasad Agarwala –

(“We are the youth from the banks of Luit

We do not fear death”) 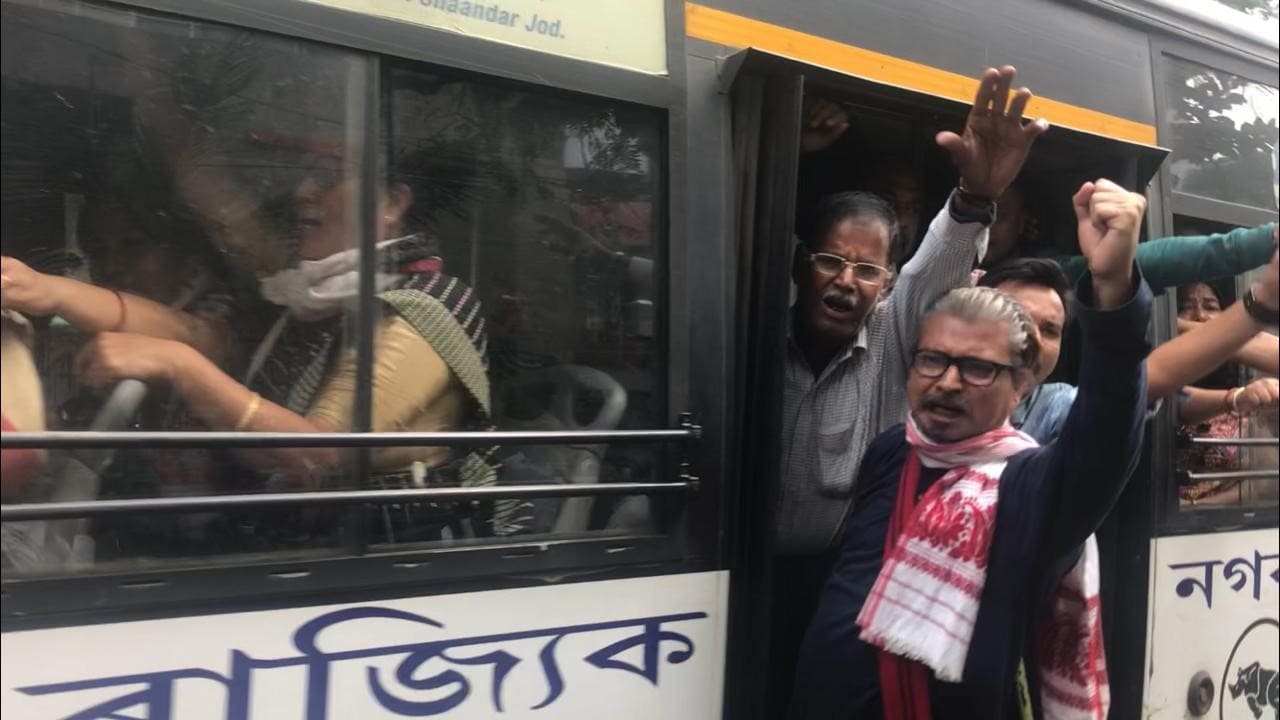