Updated : June 25, 2020 07:12 PM IST
Customs in Delhi, Kolkata, and Ahmedabad have ordered these consignments to undergo a 100% examination.
There is also a delay in the Bill of Entry (BOE) assessment at the Customs House.

Import shipments originating from China and Hong Kong are held back at major Indian seaports and airports since Monday, sources with knowledge of the matter have told CNBC-TV18.

Customs authorities in Chennai, Delhi, Kolkata, and Ahmedabad have ordered these consignments to undergo a “100 percent examination” at the item-level, leading to significant delays. Even those shipments which have been given an Out of Charge (OOC) order are being held back at ports and container freight stations.

Authorities have instructed that "Open and de-stuff all container cargo and examine 100 percent (all packages) at the item level. Verify declared quantity, description, address, other notification claimed valuation, and check for concealment", according to information accessed by CNBC-TV18.

While there is no official reason being cited for these actions, customs officials are acting on intelligence inputs after drugs, suspected to be from China, and were seized by the Tamil Nadu police in two separate incidents. 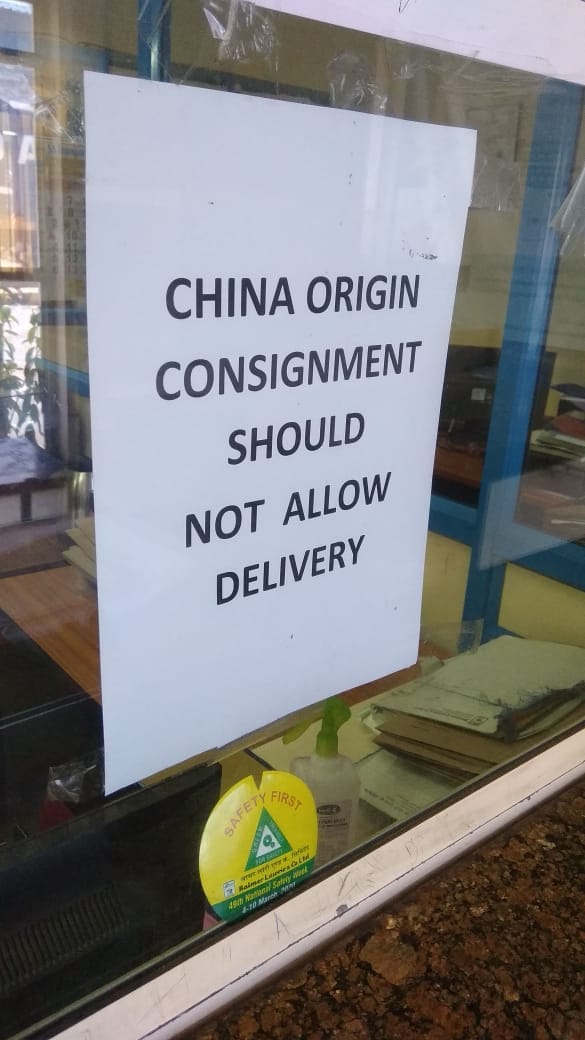 However, according to sources, this could also be a suspected soft signal from the government in the face of the current standoff with China. The government, however, has said there are no written or verbal orders to restrict shipments from China.

According to import-export traders, shipments are routinely held and examined based on intelligence reports but not at this scale.

Importers have already paid heavy demurrages during lockdown period, and fear this will pile on heavy penalties on them as shipping companies and port authorities have not waived off any so far.

Delay at the Customs House

There is also a delay in the Bill of Entry (BOE) assessment at the Customs House. People in the know, say a majority of bills of entry for consignments from China are with appraisers, and supporting documents such as detailed catalogues, etc. are being sought by the officers for due diligence before assessment.

From other Indian ports such as Chennai, bills of entry filed prior to June 24 and pending for OOC are being re-directed to groups for custom examination order as per the system instructions.
Tags china China imports