Updated : September 18, 2019 12:42 PM IST
PM Mod's strategy is to make the populace feel more visible by building a personal connection with them while projecting himself as an unwavering paternal figure in their lives.
He manages to strike the right balance between his image as a decisive leader and his projection of being a common man.

share
Mom: Are you sleeping well these days? Me: Yes, Mum. Mom: Don’t lie. I know you’re working yourself to the bone again. Me: Arre ma.. Mom: It’s okay. If our Prime Minister can manage on four hours of sleep, you can too.

Prime Minister Narendra Modi had managed to do something I had been unsuccessful at for years! He had allayed my mum’s concerns about my workaholic behaviour! She had always reprimanded me about it, but today she was encouraging me to #BeLikeModi!

This incident egged my curiosity about his marketing strategy.

How did he engineer new age public relations to his benefit?

Here is my analysis of his stellar use of communication strategy to build his brand. 1. Perfected the ‘hub and spoke’ of communication

Any political campaign would be incomplete without a communication strategy. His strategy is to make the populace feel more visible by building a personal connection with them while projecting himself as an unwavering paternal figure in their lives.

He is one of the first Indian politicians to use social media as a political brand-building tool. With over 50 million followers on Twitter, Narendra Modi has become one of the world’s most popular leaders. His website and mobile application are updated and designed to cater to the youth of India, and showcase his plans, vision and execution strategy for India’s development.

He even held video conferences with beneficiaries of six government schemes and special interest groups such as farmers, investors, and the Saurashtra Patel Cultural Samaj and streamed them on the NaMo App to drive home the notion that he was both approachable and accessible to the general public.

He bolstered his accessible image by launching a radio show Mann Ki Baat, where he encourages listeners to send in their innovative ideas and suggestions. He showed them that he is aware of their problems and addresses them through the show. 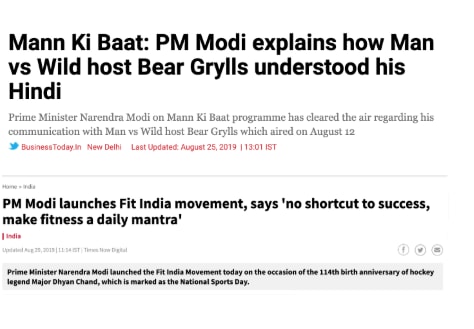 As a consequence, he establishes trust with the general public. Furthermore, he undermines any attempts to misquote his intentions by personally relaying them. His reach also multiplies when other mediums like newspapers and magazines, both print and online pick up stories from his radio conversations.

Modi was a regional brand with national ambitions in 2010 and relatively unknown outside his home state. Furthermore, his opponents had already branded the BJP as a communal party being led by old schoolers.

By using uncluttered messaging that highlighted his ‘Brahmachari’-driven integrity and development goals for India, he rebranded himself as progressive and sincere. 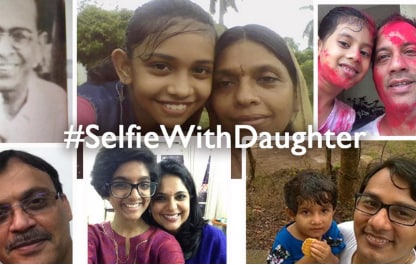 Furthermore, all his campaign slogans have high retention because of the evocative terminology driving them, the most masterful being the use of the marketing moniker “NaMo”. They have no barrier to engagement, cutting across social labels by resonating with all.

Everyone loved him when he shed tears. The brand he built around himself has sustained itself on the power of emotion. He manages to strike the right balance between his image as a decisive leader and his projection of being a common man.

Everyone loved him when he got emotional for his mother.

He humanises his brand by giving in to his emotions when the time calls for it, be it while talking about his mother or while paying homage to the freedom fighters who fought for India in 1947.

Everyone stood with him upon his outburst against corruption.

Emotion always sells and by associating with it, he has managed to remain relevant through two national elections.Everyone stood by him when he consoled Isro chief K Sivan.

Self-awareness is the key to successful branding. If you know what your brand should stand for and who your target audience is, no situation can flummox you. When his political rival Rahul Gandhi hugged him in parliament, Modi was visibly stumped, but his self-awareness and confidence helped him turn it around.

He spun the gesture to be a political stunt rather than a heartfelt gesture by drawing attention to the “aankhon ki gustakhiyan” i.e wink shared between Gandhi and Congress parliamentarian Jyotiraditya Scindia during his speech. He understands the pulse of every Indian at every stage of their lives and taps into this through regular, highly segmented campaigns and PR initiatives. 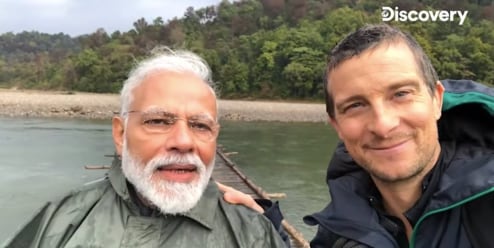 This garners him visibility, keeping him in the public eye, especially when topical policy actions impact popular opinion against him. A good example of the same would be his interview with Akshay Kumar during elections.