Updated : January 06, 2020 01:22 PM IST
Railways and commerce minister Piyush Goyal played host at the event that was meant to gather support for the contentious citizenship law.
Among those in attendance included censor board chief Prasoon Joshi, producers Ritesh Sidhwani and Bhushan Kumar, director Abhishek Kapoor and actor Ranvir Shorey.
Some of the more strident voices opposed to CAA such as Swara Bhaskar, Zeeshan Ayyub, Anurag Kashyap, and Anubhav Sinha were not invited at the gathering.

The gathering of Bollywood and other film personalities invited by the government to discuss “myths and realities” of the Citizenship Amendment Act (CAA) was short of A-list stars. Railways and commerce minister Piyush Goyal played host at the event that was meant to gather support for the contentious citizenship law. BJP vice-president Baijayant Jay Panda was also in attendance at the event held on Sunday night in Mumbai.

Among those in attendance included censor board chief Prasoon Joshi, producers Ritesh Sidhwani and Bhushan Kumar, director Abhishek Kapoor and actor Ranvir Shorey, according to News18.

The invitation for the event said that it aimed to "facilitate a discussion on myths and realities pertaining to the (CAA)". Roughly 20 to 25 people from both the Hindi and Marathi film industry were expected to attend the event, Reuters reported, citing a person aware of the matter.

The invitation was also extended to some Bollywood bigwigs, including Javed Akhtar, Farhan Akhtar, Richa Chadha, Kabir Khan, and Karan Johar, but they skipped the meeting. An industry insider, who turned down the invite, said it was obvious because "the meeting will be about nonsense", News18 reported.

However, some of the more strident voices opposed to CAA such as Swara Bhaskar, Zeeshan Ayyub, Anurag Kashyap, and Anubhav Sinha were not invited at the gathering.

The passage of the bill in Parliament last month has led to an outpouring of protests across the country. The government leadership has also taken out counter protests in support of the act. In a bid to garner backing for the law, the Bharatiya Janata Party (BJP) has also started a phone campaign where supporters can give a missed call to register their support.

Further, BJP leadership has begun a door-to-door campaign ostensibly in a bid to educate people about the law. Home minister Amit Shah took part in the initiative in Delhi’s Lajpat Nagar locality on Sunday.

At least 25 people have been killed so far in clashes with the police during five weeks of protests against the CAA, which eases the path for non-Muslims in the neighbouring Muslim-majority nations of Pakistan, Afghanistan and Bangladesh to gain Indian citizenship.

If combined with a proposed National Register of Citizens (NRC), critics of the CAA fear it will discriminate against India's Muslim minority and chip away at its secular constitution.

Wooing Bollywood stars, who have a huge social media following among Indians of all faiths, could help the BJP alter some of the negative narrative around the new law. The party has previously adopted this approach to enhance its image.

At an event last January, Prime Minister Narendra Modi was seen posing in a selfie with a slew of Bollywood stars, including Ranveer Singh, Ranbir Kapoor, Rajkummar Rao, and Bhumi Pednekar, among others. The image subsequently went viral. 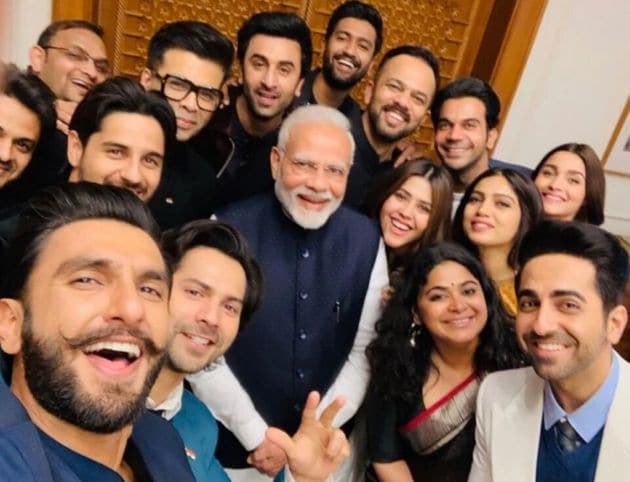 Last October, Modi was seen in a selfie with Shah Rukh Khan and Aamir Khan, two of the most popular Bollywood actors, in an image that also created a lot of chatter on Twitter.

A handful of Bollywood figures have condemned the CAA, while some others have faced criticism for not weighing in on the issue. 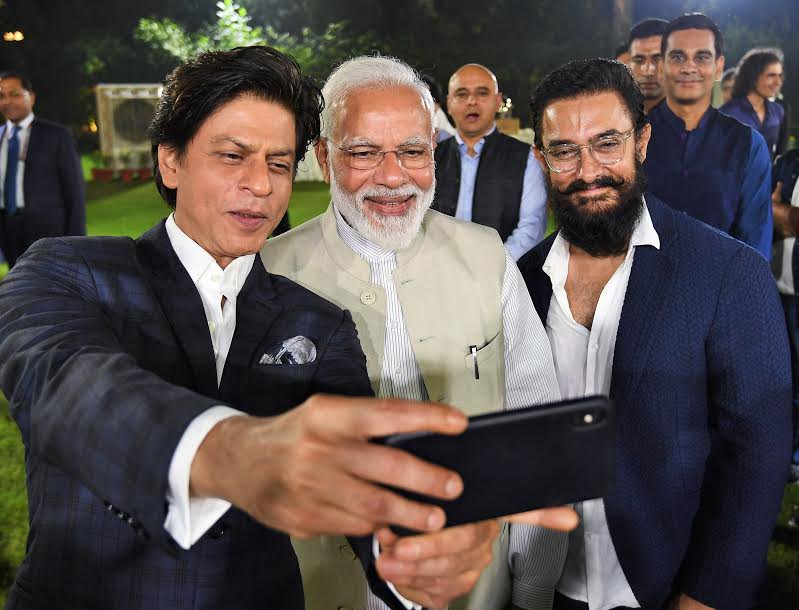 On Saturday, more than 100,000 people took part in a peaceful protest against the CAA in the southern city of Hyderabad, while protests in Shaheen Bagh locality and at the Jamia Millia Islamia university in New Delhi have become daily fixtures since the passage of the bill.

Protests across Mumbai, New Delhi, Hyderabad, Bengaluru and several other Indian cities have been ongoing since mid-December last year.

A person lose to the BJP who was involved in organising Sunday's private gathering said several party leaders had been enlisted to help explain the rationale of the CAA to various professional groups such as lawyers, Reuters reported.