Updated : January 28, 2020 11:51 PM IST
The Centre and Assam government on Monday signed the Bodo accord with the four factions of the insurgent group NDFB and the ABSU.
The government said this accord will bring lasting peace and development in the Bodoland Territorial Area Districts (BTAD).
In the Bodo accord signed on January 27, the government has made a provision under the Sixth Schedule of the Constitution to appoint a Commission that would recommend the ‘inclusion and exclusion’ of villages under BTR.

With signing of the third Bodo accord, the people of Assam, the Bodo community, and armed forces hope for peaceful days ahead. The government said leaders from the community have left the demand for separate state of Bodoland.

Basumatary, believed to be a close aide of Bodofa (Father of the Bodos) Upendranath Brahma, recalling the words of the former All Bodo Students’ Union (ABSU) president, said Bodofa spread the message of ‘Live and Let Live’ for his community while leading a movement for separate Bodoland. 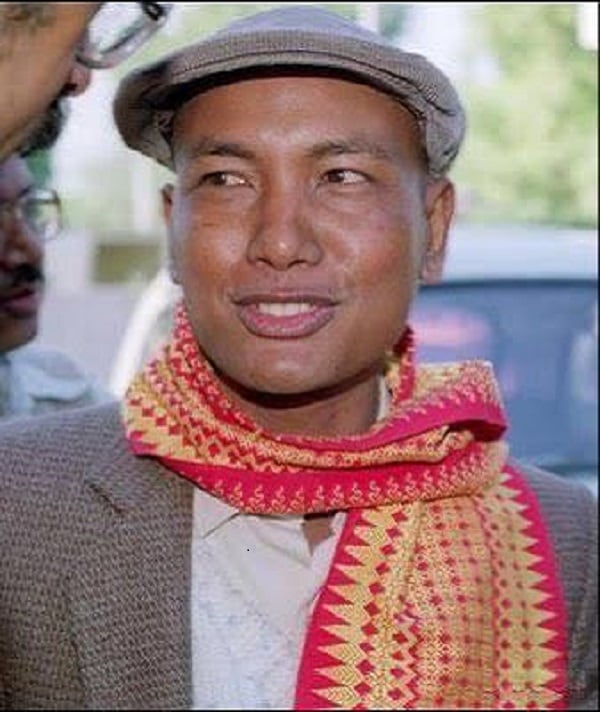 “In his last hours, Bodofa said that we should go step by step. We might not immediately get what we want, but we will reach our goal in the end. What we have today is because of his dreams, hope and vision for the Bodos.”

The Centre and Assam government on Monday signed the Bodo accord with the four factions of the insurgent group National Democratic Front of Bodoland (NDFB) and the ABSU.

“It is a final and comprehensive solution while keeping intact the territorial integrity of Assam. The demand for separate Bodoland ends with this accord,” said Himanta Biswa Sarma, Cabinet minister in Assam, in Guwahati on Tuesday. 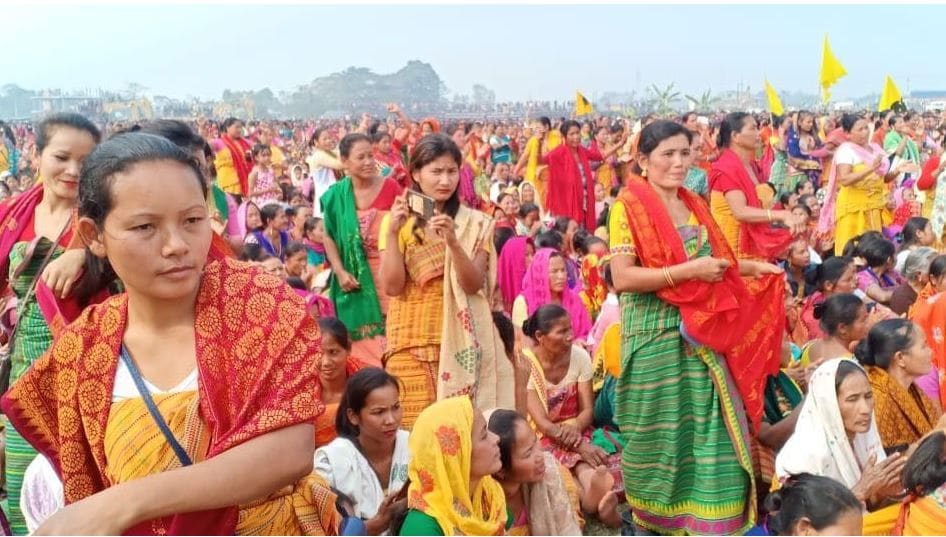 Bodofa Upendranath Brahma had ignited the movement for Bodoland in 1987, which took the shape of a strong progressive movement. Upendranath Brahma lived a rural life and struggled with poverty to find his life’s passion – to work for the welfare of his community by forming a separate full-fledged state of Bodoland in the northern bank of the Brahmaputra, said Basumatary.

“Bodo community stands here today because of Bodofa. Through agitation, he wanted to see his community’s progress. Indeed, he is an inspiration to all of us. He thought if the Bodos and the region has to develop, a separate state has to be formed,” added Basumatary.

“He said Bodoland is not only for the Bodos, it is for all sections of the society, and mainly for the downtrodden community. He wanted to establish the Bodo community as a master race before the world.”

In 1987, Upendra Nath Brahma had submitted a 92-point charter of demand to the then chief minister of Assam Prafulla Kumar Mahanta. Of these 92 demands, three demands were political and the last demand was for creation of a separate state.

The other 89 demands were related to socio-economic, and educational, among others. These demands were placed before the then prime minister Rajiv Gandhi, home minister Buta Singh and President Gyani Jail Singh.

“He was very systematic in his approach. He said that the problems of the Bodos could be solved by the government of Assam, and asked for the implementation of the 90 demands. If not, he wanted a separate Bodoland to be created from Assam,” recalled Basumatary.

The Bodo People Action Committee (BPAC) was formed by Upendranath Brahma at a conference at Dotma (Kokrajhar district) in November 1988. Reports say that during the ABSU (Upen Brahma) led movement, ‘quit notices’ were issued to non-Bodo population in Kokrajhar and Udalguri sub-division, indicating that the land factor was of predominant importance in the agitation.

Militant group NDFB was formed as the Bodo Security Force in 1986. The current name was adopted in 1994 after the group rejected the Bodo accord signed between the Government of India and ABSU-BPAC.

The movement took a bloody turn by the end of eighties as Bodos became even more determined to secure a separate state – bandhs, strikes, rallies and demonstrations were observed both in Assam and New Delhi. Eventually, it led to the eruption of armed militancy.

New Delhi had many a time reassessed the Bodo stir – the first Bodo accord was signed between ABSU-BPAC and the Government of India in February 1993, leading to the creation of a Bodoland Autonomous Council (BAC) that enjoyed limited political power.

It encompassed 2,570 villages of seven Assam districts. The central and state governments had then declared, with this accord the Bodo issue had been resolved. But with the demand for separate state not fulfilled, the issue remained alive.

The second Bodo accord was signed in 2003 with the insurgent group Bodo Liberation Tigers (BLT), leading to the formation of Bodoland Territorial Council (BTC) with four districts of Assam – Udalguri, Chirang, Kokrajhar and Baksa, collectively called the BTAD.

In the third Bodo accord signed on January 27, 2020, the government has made a provision under the Sixth Schedule of the Constitution to appoint a Commission that would recommend the ‘inclusion and exclusion’ of villages under BTR.

Intellectuals like Krishna Gopal Basumatary and others believe that several loopholes in the previous agreement have now been corrected in the third accord.

“It’s a win-win settlement for Bodos and non-Bodos with the signing of this accord. The non-Bodo villages had been long demanding their exclusion from BTAD--the Bodo villages can now choose to be a part of BTR, if they so wish,” said Assam Minister Himanta Biswa Sarma in New Delhi on Monday.

“When Upen Brahma and I were studying in Guwahati, we had discussed about ‘Asomiya (Assamese) chauvinism’ witnessed then. He decided that we have to create a society devoid of any form of sabotage, oppression, or infiltration. He believed in the motto of ‘Live and Let Live’ - we will not indulge in exploitation, let others not exploit us – this is what he taught us,” recalled Basumatary.

The name Bodoland Territorial Region now identifies us – it is only for the tribal community. Others should not have any ill feelings towards us,” said Basumatary who had been part of the Bodo movement led by Brahma.

Bodofa Upendranath Brahma died of blood cancer in Tata Memorial Cancer Hospital in Mumbai on May 1, 1990. The title of 'Bodofa' was posthumously conferred upon Brahma in recognition of his progressive vision and leadership. His death anniversary is celebrated as Bodofa Day.

“We had spent nights in Muslim and Rajbongshi villages during the movement. There was no objection from anyone. Everyone supported the demand of Bodoland. Bodofa Upen Brahma had advised us to live as a humane society – he believed in scientific democracy. Bodos were for long not recognised even in India. When I was in Delhi once, someone asked if I hailed from Nepal. Bodofa had made it clear that Bodos should be known all over the world,” Basumatary recalled.

“Now, the Bodos have united, and this unity should not be destroyed. All sections should live peacefully,” added Basumatary while appealing to the Bodo leaders to not harbour any misunderstanding.

Defence experts have welcomed the agreement, hoping that the rebels who have decided to return home will contribute towards a society free of insurgency and militancy.

In December 2014, the Government of India declared the launch of ‘Operation All Out’ against the Bodo militants -- to carry out relentless and well-directed operations against the insurgents, instil faith among the local people and bring normalcy in the region.

The decision was taken during a security review meeting in Assam after the killing of 69 ‘adivasis’ by the NDFB (Songbijit) faction in three districts of Kokrajhar, Chirang and Sonitpur.

The new accord ensures that Bodo youth will be considered for recruitment in Indian Army, paramilitary forces and police, and pre-recruitment training rallies will be organised by the agencies to facilitate the process.

Meanwhile, a massive welcome ceremony was organised on Tuesday at Kajalgaon in Chirang district to felicitate the signatories of the accord. The ABSU and other student organisations including the All Assam Gorkha Students’ Union, All Rabha Students’ Union, and the All Bodo Primary Teachers’ Association extended a warm welcome to the Bodo leaders who returned from New Delhi.

“The third Bodo accord has come out of deep integrity. It will pave the way for development in BTR. It is not just an accord, but a healthy human resources oriented agreement. We will have an arms and extortion free society in the coming days,” said ABSU President Pramod Bodo.