Updated : July 10, 2019 08:14 AM IST
BJP’s Rs 915.596 crore came from 1731 corporate donors, while the Congress received its donations from 151 corporate donors.
CPI has the lowest share of corporate donations at 2 percent.
Electoral Trusts were the biggest donors to the national parties, contributing a total amount of Rs 488.42 crore.

The Bharatiya Janata Party has received Rs 915 crore in donations by corporates between 2016 and 2018, while the Congress party got Rs 55 crore, according to the Association for Democratic Reforms.

At least six national political parties received almost Rs 1000 crore in donations from business houses during the period, the civil society watchdog noted in its report titled the 'Analysis of Donations from Corporate & Business Houses to National Parties - FY 2016-17 & 2017-18'. The Rs 1000 crore amount constitutes 93 percent of the total voluntary contributions above Rs 20,000 to political parties from known sources, the ADR report said. 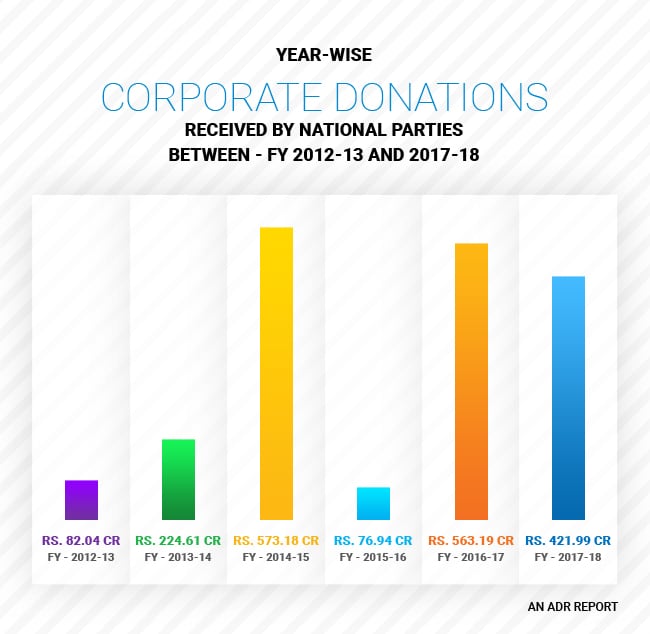 During the period, donations from corporates to national parties increased by 414 percent.

National parties received the maximum corporate donations of Rs 573.18 crore in the FY 2014-15 during which the Lok Sabha elections were held.

Electoral Trusts were the biggest donors to the national parties, contributing a total amount of Rs 488.42 crore. 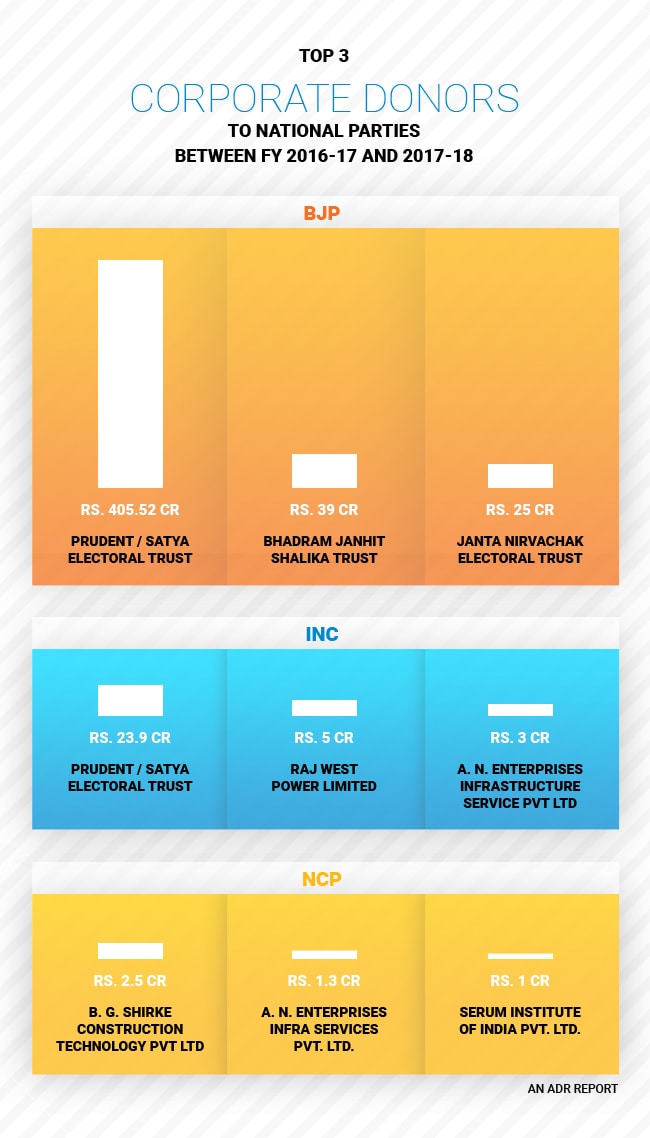