With the Bharatiya Janata Party (BJP) releasing its manifesto for the Lok Sabha elections 2019 on Monday, the war of words has intensified between the ruling party and the opposition.

The BJP released its manifesto titled 'Sankalp Patra' focusing on farmers, housing for all and national security about a week after the Congress released ‘Will Deliver’ on April 2 focusing on employment, agriculture, NYAY and GST.

Soon after the release of BJP’s manifesto, the Congress said that Sankalp Patra was a ‘balloon of lies’, a ‘jumla’ and added that the Congress’ ‘Will Deliver’ “promised real benefits”. The party's chief spokesperson Randeep Surjewala claimed that not a single word was included in the BJP's manifesto on jobs, demonetisation, GST and black money.

On Congress calling 75 resolutions in BJP manifesto a ‘bluff', Union minister Nirmala Sitharaman said, “Speed with which Congress has reacted on the manifesto is very clear that they have not gone through even one of the 75. Congress should spend some time, read the manifesto, then talk.”

“It is for the first time that a government has promised a house by 2022 to every poor family. BJP has reiterated its commitment on the Ram temple issue, on Kashmir and Uniform Civil Code. Coming 5 years will be to address aspirations of people,” said Uttar Pradesh chief minister Yogi Adityanath.

Earlier, prime minister Narendra Modi had said that the Congress’ document was “full of lies”.

Amid the manifesto face-off between the two parties, we analysed the words used in both the documents and here is the result of the analysis: 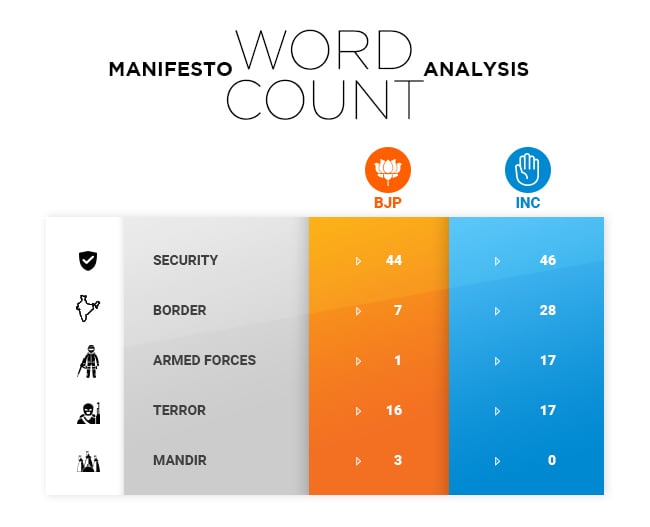 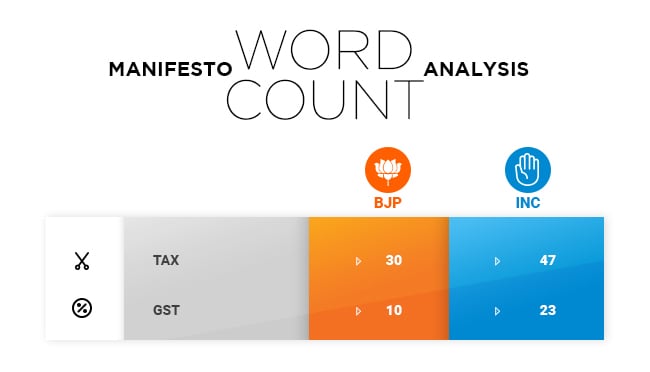 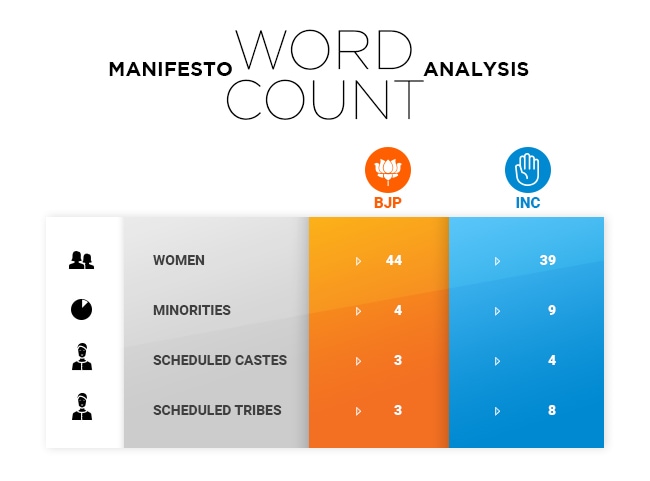