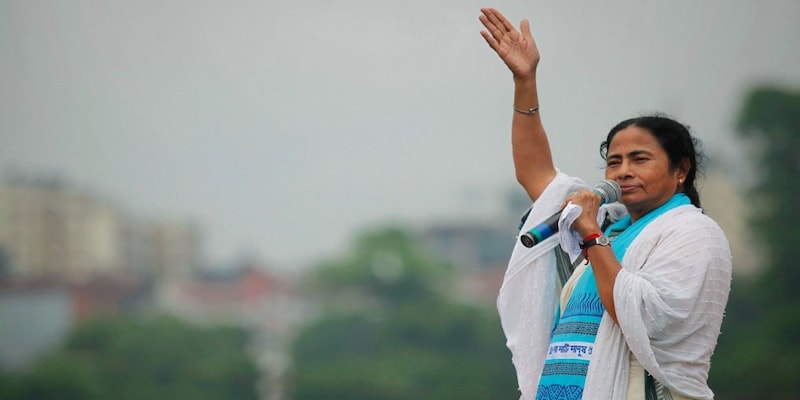 Incidents of violence, rigging and clashes with the police were reported from various parts of West Bengal from the north to the south in one of the most extensive electoral exercises in the state since the Assembly polls last year, which TMC won overwhelmingly.

West Bengal Chief Minister Mamata Banerjee on March 1 thanked the people of the state for the massive mandate to ruling TMC in the just concluded civic election in the state and ruled out allegations of violence on the polling day as "baseless and a media overhype."

The Trinamool Congress on March 2 steamrolled the entire Opposition in the civic election, 11 months after its landslide victory in the state poll, bagging 102 of the 108 municipalities in the state.

"Heart-felt gratitude to Ma-Mati-Manush (the mother, land and people) for yet another overwhelming mandate to us. Congratulations to the winning candidates of All India Trinamool Congress in the municipal election," she tweeted. "Let the victory enhance our responsibility and dedication. Let triumph impart humility. Let us together work for peace, prosperity and development of the state. Jai Bangla," she said in another Twitter post.

Speaking to reporters later in the day, Banerjee thanked the people of Bengal yet again for reposing their faith in the party. "They have showered immense love to AITC (All India Trinamool Congress), and I will be forever indebted to them," she said. Asked to comment on the violence in the state during the poll, Banerjee said "A section of the media overhyped stray incidents" and the allegation was baseless.

Also read: Assembly Elections 2022 LIVE Updates: Mamata Banerjee to campaign for Akhilesh Yadav in Varanasi ahead of UP 7th phase

She said voting took place in over 11,000 polling booths across the state and there were reports of violence in only 7-8 booths. Out of those 7-8 booths there were EVM glitches in five of them and repolling was announced in two booths in Sreerampur and Dum Dum. "Have you heard about any untoward incident in Purulia, Bankura, Medinipur, Birbhum, Bardhhaman, Arambagh in Hooghly, Barrackpore in North 24 Parganas, Nadia, Jalpaiguri, Alipurduar, Dinajpur or Malda? People celebrated the civic election as a festival. It was a festival of democracy," the TMC supremo said.

Incidents of violence, rigging and clashes with the police were reported from various parts of West Bengal from the north to the south in one of the most extensive electoral exercises in the state since the assembly polls last year.

BJP dubbed the poll process as a "mockery of democracy" and called for a 12-hour shutdown on February 28 to protest the violence. The TMC in its turn, rubbished the allegations as baseless and said that opposition party was trying to find excuses sensing defeat.