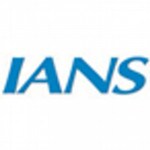 The Indian team, led by Secretary (East) in the Ministry of External Affairs Vijay Thakur Singh, gave a strong and yet dignified rebuttal to Pakistan's wild allegations of human rights violations in Kashmir at the UN Human Rights Council.

Vimarsh Aryan, India's First Secretary at the Permanent Mission of India to UNHRC, who delivered India's Right of Reply to rebut the allegations of Pakistan Foreign Minister Shah Mehmood Qureshi, belongs to Jammu and Kashmir.

Aryan, who hails from Kishtwar, took on Pakistan for "pretending" to speak as the voice of the global community on human rights. "But the world cannot be fooled. Pakistan's gory record speaks for itself", he said.

Aryan drew global attention to "Pakistan's persecution and elimination of religious and ethnic minorities -- be it the Christians, Sikhs, Shias, Ahmadiyas and Hindus. This is the reason that Pakistan no longer publishes official statistics about its minorities as India does."

Right of Reply by 🇮🇳 in #HRC42 |reject false narrative peddled by Pakistan in all its statements| Pakistan’s gory record speaks for itself|Jammu & Kashmir has been,is & shall continue to be an integral part of 🇮🇳|++read:https://t.co/3c0855DB0r pic.twitter.com/DBNPVRucyd

In July too, Aryan had strongly spoken out against Pakistan at the UNHRC on the issue of Kashmir.

Exercising India's Right of Reply then too, he had slammed Pakistan's "mendacious propaganda" and also said that Jammu and Kashmir is an integral part of India.

"What is portrayed by Pakistan as self-determination is actually state-sponsored cross border terrorism and the support actually means extending military, financial and logistical support to terrorism against India," he had said.

Flanked by former Indian High Commissioner in Pakistan Ajay Bisaria, who was expelled by Islamabad after India revoked special status for Kashmir, Singh said there was a need to call out those who are misusing the United Nations Human Rights Council for "malicious political agenda under the garb of human rights".

Singh rejected Pakistan's charges against India on the Kashmir issue at the 42nd session of the UNHRC.

A 1985 batch officer of the Indian Foreign Service, Singh was envoy to Ireland when in July 2018 she was named Secretary (East). She took over the post on October 1 last year on superannuation of Preeti Saran on September 30.

Before Dublin, she was Indian High Commissioner at Singapore. Before that she was Joint Secretary at the National Security Council Secretariat (NSCS) in New Delhi. From August 2007- 2012, she was Joint Secretary-cum-Social Secretary to the President of India. She has worked as Deputy Chief of Mission, in the Indian embassy at Madrid, Spain, as Counsellor in the Indian embassy in Kabul, and also as Counsellor at India's Permanent Mission in New York.

Between April 1989 and December 1999, Singh served as Director in the Pakistan desk, in New Delhi, and Deputy Secretary (Pakistan), and Under Secretary (Afghan, Pakistan) section in the ministry.

After joining the service in 1985, her first posting was as Third Secretary in the Indian embassy in Madrid, from December 1986 - March 1989. Singh is an MA in Economics.
Tags Jammu and Kashmir UNHRC Vimarsh Aryan