Assembly Elections 2021 News LIVE: The BJP on Sunday unveiled its manifesto for the West Bengal elections, promising to build a "Sonar Bangla" by providing employment, strengthening social security schemes and vowing to clear the implementation of the Citizenship Amendment Act in the first cabinet meeting of the new government. Releasing the "Sonar Bangla Sonkolpo Potro" at EZCC in Salt Lake, Union Home Minister Amit Shah said that BJP will ensure the implementation of the Ayushman Bharat healthcare scheme and the PM-Kisan programme in the state, besides giving at least one job per family.

The helicopter in which Union Home Minister Amit Shah was scheduled to travel from Udalguri to Guwahati developed a technical snag forcing him to take the road on Monday, party sources said here. Shah had addressed an election rally at Udalguri, the third during the day in Assam, and was informed about the snag before he boarded the flight.

The Congress on Monday released its manifesto for West Bengal assembly polls, stressing that it wants to restore the glory that the state enjoyed in the 1950s and 60s under the then chief minister, Bidhan Chandra Roy, widely regarded as the architect of modern Bengal. The Congress, which has forged an alliance with the Left Front and the newly formed Indian Secular Front (ISF) for the Assembly elections, said in the document that it does not believe in "politics of freebies", but would ensure wholesome development of West Bengal.

Congress releases a list of 30 star campaigners for the third phase of #WestBengalElection2021.

I am confident that NDA will get the majority in Tamil Nadu. We will have a new government and Tamil Nadu will be developed as a progressive tate: Union Minister Nitin Gadkari

The subaltern shift: Why Bengal is talking about castes this election season 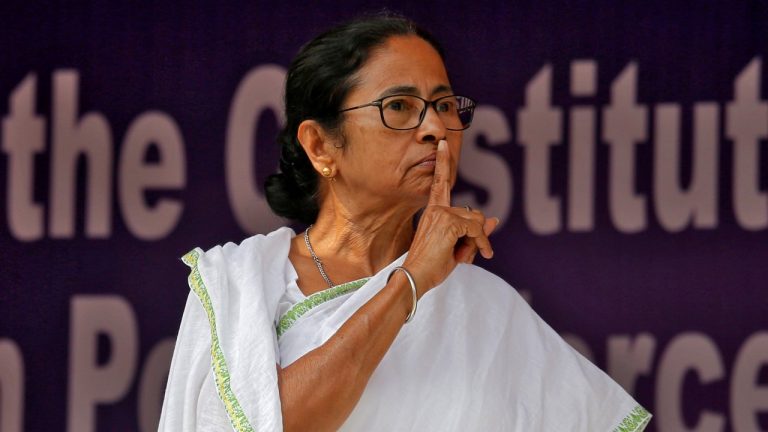 Observers say the undercurrent has always been there. They say a host of reasons, including the changing social and political landscape, have catapulted the debate to the mainstream.Get latest…

Union Home Minister Amit Shah on Monday asserted the BJP alone could free Assam from the dangers of infiltration, insurgency and floods. Shah said that he had recently visited the birthplace of Srimanta Sankardeva at Borduwa, where the land had been encroached upon by infiltrators during the Congress rule.

"I had asked the officials where my helicopter would land and they said at the place where the encroachers once lived. I was surprised that there was not a single encroacher (now) and this has been possible in the last five years under the Sarbananda Sonowal government in the state," he said. The Congress had not spared the holy land where the neo-Vaishnav saint was born, but the BJP is committed to take his message across the country.

Recently, Rahul baba visited Assam. For him, visiting Assam is nothing more than a picnic. When he talks about labourers, I feel like laughing, as Congress didn't do anything for tea garden workers during the time they were in power:Union Home Minister Amit Shah at Udalguri,Assam pic.twitter.com/XMJNgabbPx

Congress leader Priyanka Gandhi Vadra on Monday alleged the ruling BJP in Assam was functioning like a mafia and running syndicates. Addressing a rally, the Congress general secretary said, the saffron party in the state has two "factions", both of which have betrayed people.

There's BJP & AGP on one side, Congress & Badruddin Ajmal's party on the other. All Congress does is 'latkana', 'atkana' & 'bhatkana' while we protect, fight for your rights & help you prosper. You must decide what you want: BJP chief JP Nadda

BJP making false poll promise of free ration, will not fulfil it: Mamata

West Bengal Chief Minister Mamata Banerjee on Monday accused the BJP of making a false promise to supply free ration ahead of the assembly elections in the state and said the saffron party will "never fulfil this". Addressing a rally here in Bankura district, she described the BJP as a "party of outsiders", and alleged that it is bringing "goondas to create terror" in the state.

Govt's primary responsibility is to give jobs to youngsters, not to their own organisations. LDF govt here and BJP in Delhi have failed miserably. If you are a young person in Kerala, a job isn't a reality but a dream: Congress leader Rahul Gandhi in Kochi#keralaelections pic.twitter.com/jSHipbXaeB

It was brought to EC's notice that in some places bikes are used by antisocial elements to intimidate voters before poll &/or on poll day. EC has decided that bike rallies shall not be allowed at any place 72 hrs before the date of poll or on poll day in poll-bound constituencies: EC

Results from the long-awaited US trial of the Oxford-AstraZeneca Covid vaccine are out and confirm that the shot is both safe and highly effective, BBC reported. More than 32,000 volunteers took part, mostly in America, but also in Chile and Peru, it added. The vaccine was 79 percent effective against stopping symptomatic Covid disease and 100 percent effective at preventing people from falling seriously ill, the report said. And there were no safety issues regarding blood clots, it added.
Share:

Union Home Minister Amit Shah on Monday said BJP has ensured peace and development in Assam during the last five years and alleged that this was in contrast to violence and instability during the Congress rule. Addressing the first of three election rallies in Assam during the day, Shah alleged that five years ago when Congress was in power, there was agitation, violence, bomb blasts, deaths and curfews were common.

Former Home Minister P. Chidambaram on Monday attacked the Bharatiya Janata Party, saying that it has shown its real face in the West Bengal manifesto. The former minister said that the BJP has revealed its true face in the party's West Bengal election manifesto as it has made clear that on the first day of government, the BJP will approve the implementation of the Citizenship Amendment Act (CAA). "The CAA will divide the country, discriminate against Muslims and deprive millions of Indians of their birthright of citizenship. The intent is to intimidate and put fear in the minds of millions of poor and law abiding citizens, especially Muslims, and threaten them with incarceration in detention camps," Chidambaram said.
Share:

The slugfest between the DMK and its political opponent AIADMK continues over the allegations raised by the former that the state government was not serious on the issue of the "mysterious" death of former Chief Minister J. Jayalalithaa. Jayalalithaa passed away in Chennai on December 5, 2016 after a prolonged illness and hospitalisation.
Share:

Tamil Nadu Chief Minister and senior leader of AIADMK, E. Palaniswami, has promised a new district, Arni, which will be carved out of Tiruvannamalai district. The chief minister made the announcement during a slew of public programmes on Sunday evening. Palaniswami lashed out against DMK President M.K. Stalin calling him a "fake" farmer and informed that he, himself, and his family were the ones into farming for the past seven years.
Share:

West Bengal polls: Artisans in Kolkata make paper-and-bamboo cut-outs of symbols of different political parties. "Demand for party symbols has gone down this election. Also, cut-outs of TMC symbol is in more demand compared to that of BJP & others," says Sahadeb Dara (21.03) pic.twitter.com/uCxXKQ44iv

Will to make Palakkad top smart city in next 5 years: Sreedharan

Sharing his thoughts regarding the development of Palakkad, BJP candidate from the Assembly constituency, E. Sreedharan, promised to make it a top smart city in the next five years. Sharing his vision for the Palakkad Assembly constituency in a series of tweets, Sreedharan, also known as the Metroman for his leadership in building the Delhi Metro, said, "Indore is the top city in India currently and I assure that in five years, Palakkad can become the top smart city." He also promised to bring investment to the region besides assuring corruption-free development. "I can bring investment and industry to Palakkad leveraging on the relationships I have built with leaders and executives over the years. I can assure you corruption-free and fast development," he said.
Share:

It is a do-or-die, no-holds-barred fight between the two main Dravidian parties in Tamil Nadu

The battle lines have been clearly drawn, alliances firmed up and seats allocated after a lot of haggling, as Tamil https://www.cnbctv18.com/views/it-is-a-do-or-die-no-holds-barred-fight-between-the-two-main-dravidian-parties-in-tamil-nadu-8669731.htmNadu gets ready to elect a new government. The state goes to the polls on April 6, with four fronts in the fray. The ruling All India Anna Dravida Munnetra Kazhagam (AIADMK) is seeking an unprecedented third term in office. The party has tied up with the Pattali Makkal Katchi (PMK) and the Bharatiya Janata Party (BJP) and a few other smaller parties. The DMK, on the other hand, is in alliance with the Congress (I), the two communist parties, the Indian Union Muslim League, Vaiko’s MDMK and a few other parties. READ MORE
Share:

A look at the phenomena of violence and polls in the state famed for its cultured, educated gentry, connoisseurs of fine arts with refined tastes fondly identified as "Bhadralok". READ MORE

Noorbina Rasheed, IUML's first woman candidate for Assembly polls in 25 years, says ensuring women's safety will be her top priority if she is elected as an MLA from Kozhikode South. "Women's safety is my priority. They should feel safe in Kerala," she says.

Some days back, your CM refused to deliver speech at a programme after someone from audience chanted Jai Shri Ram. Is chanting Jai Shri Ram a crime? West Bengal is probably only state where Durga idol immersion is stopped by govt: Union Minister Piyush Goyal in Purulia (21.03) pic.twitter.com/d7TFxVxZpi