Assembly elections April 4 LIVE updates: Today is the last day for the third phase of polls in West Bengal and Assam. The political parties will also end their campaigns in Kerala, Tamil Nadu, and Puducherry as the states would go to the polls on April 6. There is a single-phased poll in Tamil Nadu, Kerala and Puducherry. Follow our live updates for more...

Superstar-turned-politician and Makkal Needhi Maiam (MNM) chief Kamal Haasan on Sunday  told media that he is ready to quit cinema for the sake of politics. "I am ready to quit the film world and show business for politics if it demands so. However late Tamil Nadu Chief Minister and popular actor MGR had continued to act in movies even after becoming an MLA to communicate his ideas to the people of Tamil Nadu and to serve the people," he announced.

Massive road shows and long rallies, led by top national and state leaders on Sunday marked the finale of the weeks-long high-octane open campaigning for the April 6 Assembly polls in Kerala. Despite a ban imposed by the Election Commission on the customary crowded culmination of the open poll campaigning in view of the COVID-19 situation, mass participation of party workers could be seen in the final events in most of the 140 constituencies.

Known as "Kottikalasham" in local parlance, the finale of the open poll campaigning used to be a jamboree in the southern state in which every political party would try to show off their strength by bringing a maximum number of supporters to add colour to the show.

Congress leader Rahul Gandhi took out a roadshow in northern Kozhikode district and in Nemom in Thiruvananthapuram, Chief minister Pinarayi Vijayan led a massive one at Dharmadam in Kannur, his home constituency. Congress leader Ramesh Chennithala also took part in a road show at Nedumkandam in Idukki district. (PTI)

Campaigning for Kerala and Puducherry ends. Polling will be held on April 6 in the State and Union Territory.

A case was filed against superstar-turned-politician and Makkal Needhi Maiam chief Kamal Haasan in Tamil Nadu's Coimbatore on Sunday for violating the model code of conduct, officials said. Independent candidate Palanikumar complained to the police that stage actors dressed as Lord Rama and goddesses performed in front of the Ramar temple at Ramapuram in Coimbatore.

Puducherry: If NDA is elected, all anti people policies of BJP would come into force, alleges Congress

All India Congress Committee Secretary Sanjay Dutt, on Sunday alleged that if the NDA was voted to power in Puducherry in the April 6 assembly elections, all 'anti people policies' of the BJP would be automatically enforced here. Addressing reporters at the party office here, Dutt said although the Prime Minister had visited Puducherry for poll campaigns, he had not projected AINRC leader N Rangasamy as the Chief Ministerial candidate.

LDF, UDF in competition to outdo each other in scams: Nirmala Sitharaman

Finance Minister Nirmala Sitharaman alleged that the ruling LDF nd the opposition UDF is competing to outdo eachother in doing scams in Kerala. The FM alleged that UDF and LDF are not interested in people's welfare, but only "lining their pockets"

Union Home Minister Amit Shah cut short his campaigning in Assam and returned to Delhi in wake of the Maoist attack in Chhattisgarh that left at least 22 security personnel dead, BJP sources . 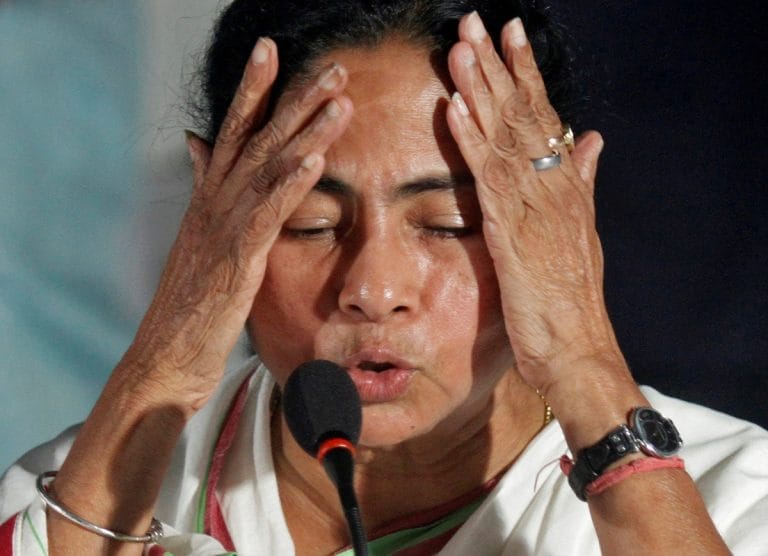 In a strongly worded rejoinder to West Bengal Chief Minister Mamata Banerjee, the Election Commission has rejected her claim about the presence of outsiders at a polling booth in Nandigram as…

'Factually incorrect': EC on Mamata's claims about presence of outsiders

In a strongly worded rejoinder to West Bengal Chief Minister Mamata Banerjee, the Election Commission has rejected her claim about the presence of outsiders at a polling booth in Nandigram as "factually incorrect" and "devoid of substance". The EC sent the letter to Banerjee on Saturday in response to a complaint filed by her on April 1, when polling was held in Nandigram, alleging irregularities in the polling process.

Is he god or superhuman: Mamata takes swipe at Modi 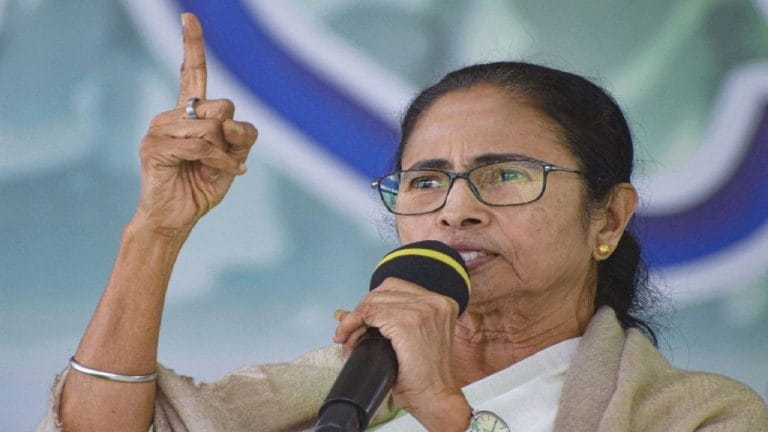 The TMC supremo alleged that Modi''s recent visit to Bangladesh led to rioting in the neighbouring country.Get latest India online at cnbctv18.com

In Modi Govt, law enforcement agencies do their business as per law. During UPA, mountainous amount of corruption happened but no agency was allowed to investigate. Congress is B-team of LDF: Finance Minister Nirmala Sitharaman in Thiruvananthapuram

Gujaratis are trying to capture Bengal by bringing goons from UP and Bihar. We will not allow Bengal to become like Gujarat. BJP tries to create communal disturbance: West Bengal CM & TMC chief Mamata Banerjee in Howrah There is no ban on door-to-door campaign during the restricted period.Get latest India online at cnbctv18.com

With the formation of BJP govt in Bengal, goons of TMC will meet the same fate like the goons of UP. These goons will be on their knees after poll results. If Didi uses foul language, youths of Bengal will give her a befitting reply: Uttar Pradesh CM Yogi Adityanath in Jangaipara

The Congress has demanded suspension of election in Tamulpur constituency in the third phase of the Assam assembly elections on April 6 as its ally Bodoland People's Front (BPF) candidate from the seat Rangja Khungur Basumatary joined the BJP in the middle of the ongoing polls. The Election Commission heard the matter on Saturday in the presence of returning officer for the constituency Sanjiv Sarma, but no decision has been announced so far, sources in the poll panel say.

200 companies of Central Armed Police Forces (CAPFs) to be moved from Assam after the third phase of polling on April 6, to be deployed in West Bengal.

There is no doubt that the BJP will form the government in Assam, says senior party leader Himanta Biswa Sarma, in Guwahati.

At a time when many security personnel have lost their lives, Chhattisgarh Chief Minister Bhupesh Baghel is busy in the poll campaign in Assam. He is camping here with government staff and misusing government machinery. Election Commission should investigate this matter: BJP MP Dilip Saikia in Guwahati

Makkal Neethi Maiam (MNM) president Kamal Haasan on Saturday appealed to all contestants to cooperate for a free, fair elections that should be held in democratic manner. In an open letter to the candidates, Haasan, who is contesting from the Coimbatore south constituency, said an election is neither a battleground nor a cricket match between two sides.

AIUDF chief Badruddin Ajmal on Saturday said the party will support a leader from the Congress as the next chief minister of Assam if the 'Grand Alliance' is voted to pow er. The ruling BJP has been aggressively campaigning that the ongoing Assembly polls in Assam is a "clash of civilisation" and to prevent Ajmal from becoming the chief minister of the state.

Adityanath calls for Mamata's ouster, says BJP to ensure women's safety in Bengal
Calling upon   people to oust the Mamata Banerjee government, Uttar Pradesh Chief Minister Yogi Adityanath said on Saturday that the BJP, if voted to power in Bengal, will ensure security for all women and create job opportunities for the youth. Adityanath, who addressed two rallies during the day, also said that those who had tried to stop Durga puja and Saraswati puja will be put behind bars, if the saffron party forms government in Bengal.
Share:

Assam polls: Congress holds protest over EVM row
Following a controversy over a   polling team in Assam carrying an EVM in the vehicle belonging to the wife of a BJP candidate, the Congress on Saturday held a protest against the incident and alleged that the ruling party in the state is indulging in electoral manipulation. Amid sloganshouting by the party workers, Assam Pradesh Congress Committee president Ripun Bora urged the Election Commission to take strict action against the BJP leaders who carry out illegal activities that hamper the polling process.
Share:
view more