As they build India's first camp for illegal immigrants, some workers fear detention there

As they build India's first camp for illegal immigrants, some workers fear detention there

Across a river in a remote part of India's northeast, labourers have cleared dense forest in an area equivalent to about seven football fields and are building the first mass detention centre for illegal immigrants.

Across a river in a remote part of India's northeast, labourers have cleared dense forest in an area equivalent to about seven football fields and are building the first mass detention centre for illegal immigrants.

The camp in the lush, tea-growing state of Assam is intended for at least 3,000 detainees. It will also have a school, a hospital, a recreation area and quarters for security forces — as well as a high boundary wall and watchtowers, according to Reuters interviews with workers and contractors at the site and a review of copies of its layout plans.
Some of the workers building the camp said they were not on a citizenship list Assam released last week as part of a drive to detect illegal immigrants. That means the workers could themselves end up in detention.
Shefali Hajong, a gaunt tribal woman from a nearby village, said she was not on the list and will join nearly two million people who need to prove they are Indian citizens by producing documents such as birth and land ownership certificates dating back decades.
If they fail to do so, they risk being taken to detention camps like the one being built. The government says there are hundreds of thousands of illegal immigrants in Assam from neighbouring Muslim-majority Bangladesh, but Dhaka has refused to accept anyone declared an illegal immigrant in India. Labourers work at a school building inside the premises of an under-construction detention centre for illegal immigrants at a village in Goalpara district in the northeastern state of Assam, India, September 1, 2019. Photo: Reuters/Anuwar Hazarika
Shefali, who belongs to the indigenous Hajong tribe, said she was tense because of the situation.
"But I need to fill my stomach," she said in the local Assamese dialect as she used a hoe to feed stones into a concrete mixer. She and other workers make about $4 a day, which is considered a decent wage in the impoverished area.
She said she didn't know her exact age and believed it was about 26, adding that she did not know why she wasn't on the citizenship list. "We don't have birth certificates," said her mother, Malati Hajong, also working at the site.
The camp, near the town of Goalpara, is the first of at least ten detention centers Assam has planned, according to local media reports.
"People have been coming here every other day from nearby villages asking for work," said Shafikul Haq, a contractor in charge of building a large cooking area in the camp.
The mammoth Supreme Court-ordered exercise to document Assam's citizens has been strongly backed by Prime Minister Narendra Modi's government that came to power in New Delhi five years ago. Critics say the campaign is aimed at Muslims, even those who have lived legally in India for decades.
Many Hindus, mostly poor and ill-educated, are also not on the citizenship list released last week. 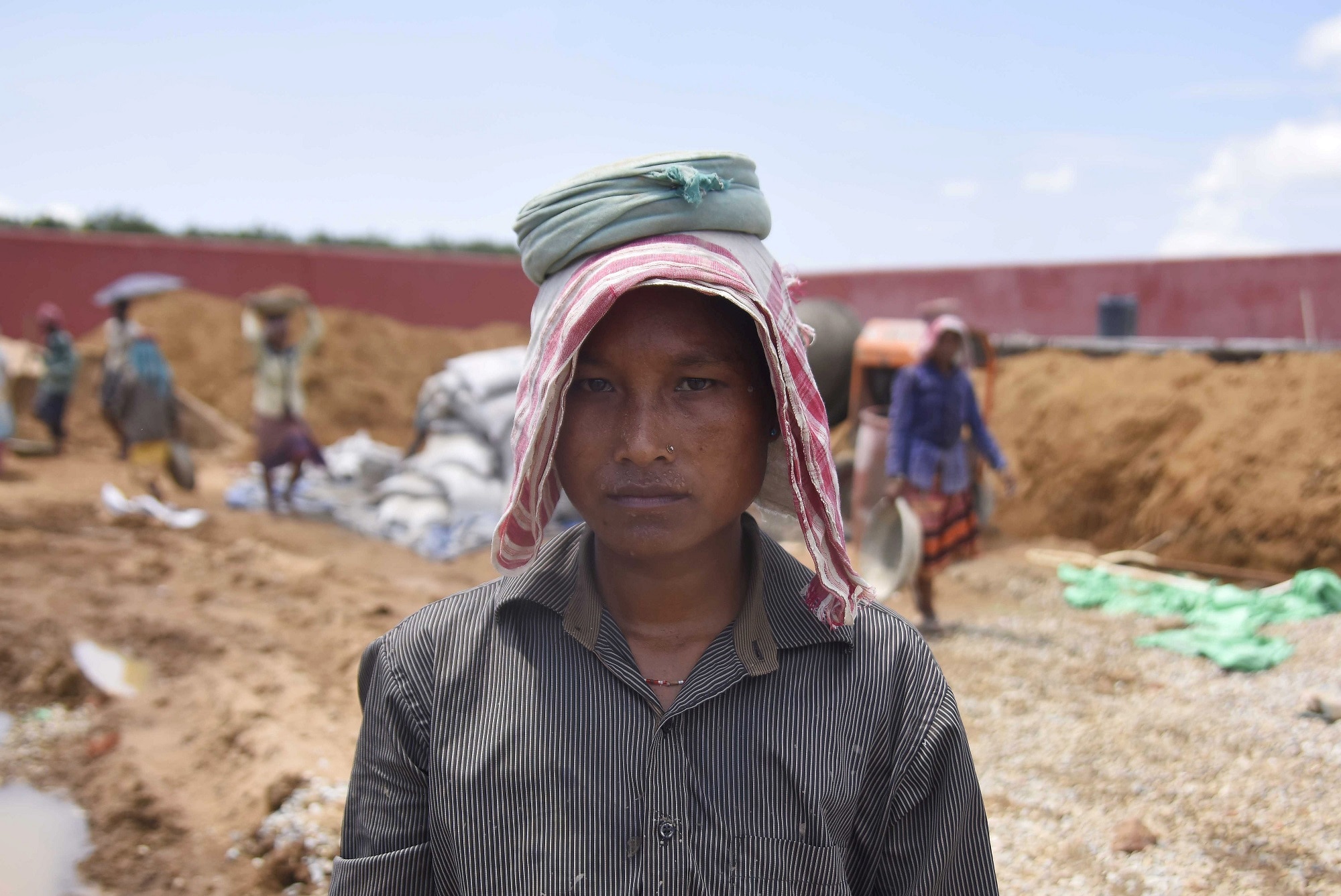 Shefali Hajong, a labourer whose name is excluded from the final list of the National Register of Citizens (NRC), poses for a picture at the site of an under-construction detention centre for illegal immigrants at a village in Goalpara district in the northeastern state of Assam, India, September 1, 2019. Photo: Reuters/Anuwar Hazarika
Brink of crisis
"Assam is on the brink of a crisis which would not only lead to a loss of nationality and liberty of a large group of people but also erosion of their basic rights — severely affecting the lives of generations to come," Amnesty said in a statement.
India's foreign minister has called the citizenship verification exercise an "internal matter". An Indian foreign ministry spokesman said those not in Assam's citizenship roster "will not be detained and will continue to enjoy all the rights as before till they have exhausted all the remedies available under the law."
The federal government and the local Assam government did not respond to questions about the camps.
From Goalpara town, the camp being built is reached by a leafy, narrow road dotted with coconut trees. A shaky wooden bridge takes vehicles across a small river to the site, overlooked by a cluster of rubber trees. An outer wall of an under-construction detention centre for illegal immigrants is pictured at a village in Goalpara district in the northeastern state of Assam, September 1, 2019. Photo: Reuters/Anuwar Hazarika
Government guidelines for detention camps released earlier this year include building a boundary wall at least 10 feet (3 metres) high and ringed with barbed wire, local media reports said.
A red-painted boundary wall encircles the new camp at Goalpara, and green fields and mountains are visible beyond two watchtowers and quarters for security forces built behind it.
The camp will have separate living facilities for men and women, according to workers and contractors.
AK Rashid, another contractor, said he is building six of what would be around 17 buildings with detention rooms of around 350 square feet (32.5 square metres) each. Each of the buildings he is making will have 24 rooms, he said, adding drains for sewage were being built along the boundary walls of the centre.
G. Kishan Reddy, a federal government official, told parliament in July that the government had published guidelines for detention centres which stipulate the construction of basic amenities like electricity, drinking water, hygiene, accommodation with beds, sufficient toilets with running water, communication facilities and kitchens.
"Special attention is to be given to women/nursing mothers, children," he said. "Children lodged in detention centres are to be provided educational facilities in nearby local schools." A security tower inside an under-construction detention centre for illegal immigrants is pictured at a village in Goalpara district in the northeastern state of Assam, September 1, 2019. Photo: Reuters/Anuwar Hazarika
Worse than prisoners
A senior police officer who declined to be named said the camp would initially be used to house the roughly 900 illegal immigrants who are held at detention facilities in Assam jails.
A group from India's National Human Rights Commission that visited two of those facilities last year said the immigrant detainees there were in some ways "deprived even of the rights of convicted prisoners".
India's top court is hearing a petition for their release.
At the camp site, another woman labourer, 35-year-old Sarojini Hajong, said she wasn't on the citizenship list either and didn't have a birth certificate.
"Of course we are scared about what will happen," she said.
"But what can we do? I need the money."
Check out our in-depth Market Coverage, Business News & get real-time Stock Market Updates on CNBC-TV18. Also, Watch our channels CNBC-TV18, CNBC Awaaz and CNBC Bajar Live on-the-go!