Up to 77 Karnataka MLAs have criminal cases; 215 crorepatis, says ADR

Of the 221 newly-elected Karnataka MLAs, 77 MLAs have declared criminal cases against them, while 215 are crorepatis, says a report released by the Association for Democratic Reforms (ADR). The ADR have analysed the affidavits of 221 newly-elected MLAs in the 2018 Karnataka assembly elections. 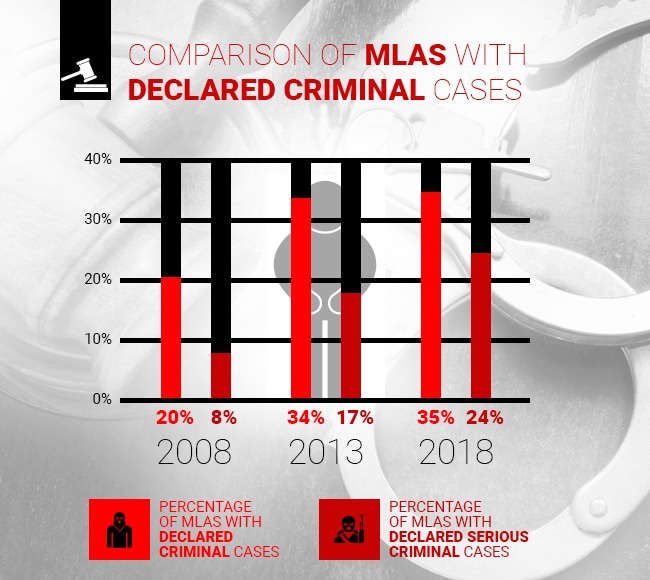 Out of 218 MLAs analysed during Karnataka Assembly elections in 2013, 39 (17%) MLAs had declared serious criminal cases against themselves. 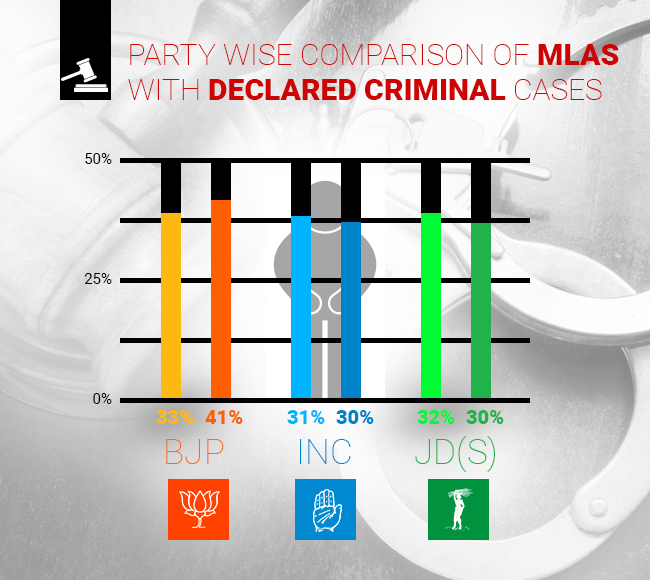 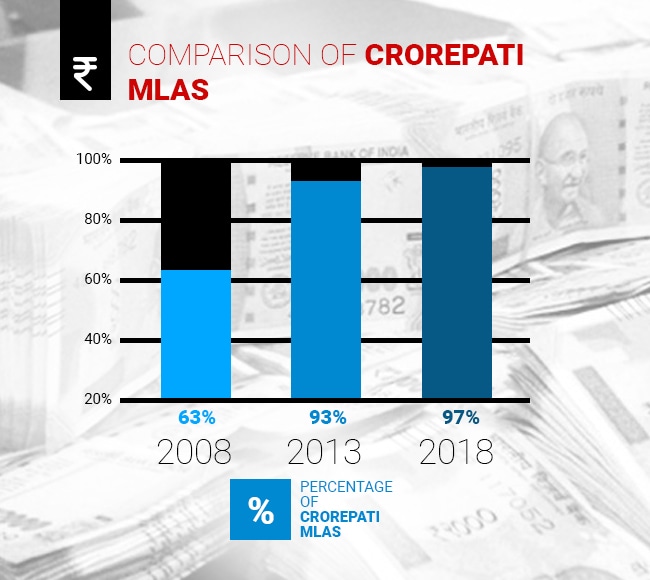 Among partywise crorepati MLAs, 101 MLAs from BJP, 77 from Congress, 35 from JD(S), one from Karnataka Pragnyavantha Janatha Party and one independent have declared assets valued more than Rs 1 crore. The report said that 27 out of 221 MLAs have not declared their sources of income.

On their education details, the report said that 80 MLAs have declared their qualification to be between 5th pass and 12th pass, while 133 have declared having a qualification of graduate or above.
Tags Association for Democratic Reforms Bharatiya Janata Party (BJP) Congress JD(S) Karnataka assembly elections Karnataka Elections