Updated : October 11, 2019 02:53 PM IST
Flight Lieutenant Sunit Mohanty and 12 others on board the aircraft died in service to their country.
The cause of the crash is not yet known, though a Court of Inquiry by IAF is in progress.

It was fine weather in Mechuka valley of Arunachal Pradesh on June 3, 2019 —the day 13 air warriors of Indian Air Force (IAF) went missing during a routine maintenance and familiarisation sortie. After taking off from the Jorhat airbase in Assam, the Antonov An-32, that was heading to the Mechuka Advanced Landing Ground in Shi-Yomi district, had disappeared from radar. Eight days later, the wreckage was spotted at the Pari Hills of Siang district — 12,000 feet from the last recorded aircraft position.

Flight Lieutenant Sunit Mohanty and 12 others on board the aircraft died in service to their country. The cause of the crash is not yet known, though a Court of Inquiry by IAF is in progress.

Mohanty was born in Chennai on November 7, 1990. His father, retired Group Captain Surendranath Mohanty and mother Sanjukta Mohanty live in Delhi. It never gets easier for the family and friends as days pass by, and it is this desire to keep his memories alive that has brought people together to organise ‘The Monty Quiz’ — a fundraising quiz event — in honour of the air warrior who was also considered a quiz wiz in his college days. 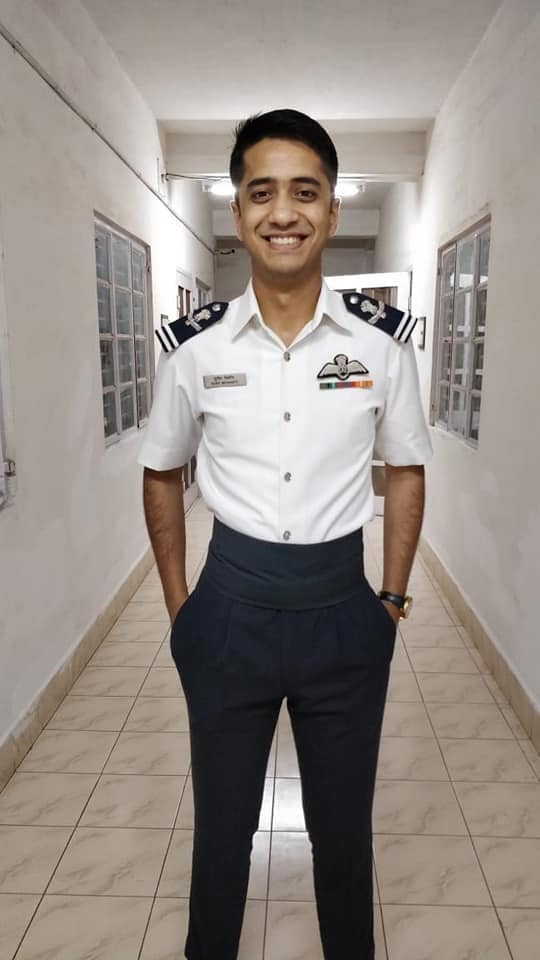 “The Monty Quiz is a memorial quiz to pay tribute to Flight Lieutenant Sunit Mohanty and his love for quizzing. Sunit's family and I had discussed that we want to find ways to keep his memory alive. To the world, he was an air force pilot, but there was so much more to him - we wish to honour those aspects of his life as well. The event will be held on his birthday at his alma mater, NIT Jamshedpur. The quiz is open to all educational institutions across the country, basically colleges at undergraduate and postgraduate levels,” said Radhika Rawat, the young martyr’s friend, who is taking an active lead in organising the event.

Mohanty’s college friends want to establish it as an annual event, and are looking for support and patronage. “We were together in college for four years, and Sunit had won a lot of prizes in inter-college quiz competitions. We want to do this for him. The event will have a cash reward of Rs 75,000 for the winners – Rs 35,000 as first prize, and Rs 25,000 and Rs 15,000 as second and third prizes respectively. We want to make it grand and reach out to colleges across the country,” said Vaibhav who along with few others have registered on Milaap, the online crowdfunding platform to help them through the fundraising process.

Mohanty and Radhika had known each other for almost two years — they had met at the Air Force Day parade in Delhi in 2017, and while Mohanty was posted in Jorhat, there was not a single day they did not have a conversation —from discussing about Delhi traffic to Northeast cuisine, they would talk about “everything under the sun”.

“I miss him a lot. For Sunit, being a pilot in the Indian Air Force was not just a profession. It was his life, and that reflected in his demeanour and his way of life. The way he spoke about his work, his duty, his love and dedication towards the country, and the desire to contribute meaningfully to a greater cause would always leave an impact on you. He once told me that he doesn't care about the length of his life, but only wants to lead a useful life. He amazed me at every step,” recalled Radhika.

Radhika still remembers that fateful day when she waited for a text from Mohanty, having chatted with him before he left for the sortie. Two days before the crash, they had last spoken to each other over the phone.

“Sunit and I last spoke on the phone on June 1. He was at a unit party and sounded exuberant on the phone. He was a man of very few words, but that evening, he opened up. On the morning of June 3, we were texting each other when he mentioned he had to go start an aircraft. He would always get back to me after flying, and I was expecting the same that day. I did not realise until 4 pm that my messages did not reach him. I had developed this habit of quickly googling “Jorhat Air Force” whenever I could not reach him for a long duration. I didn't expect the search to show anything, but it did. I read about it, and quickly contacted one of his colleagues — that was when my world came crashing down.” 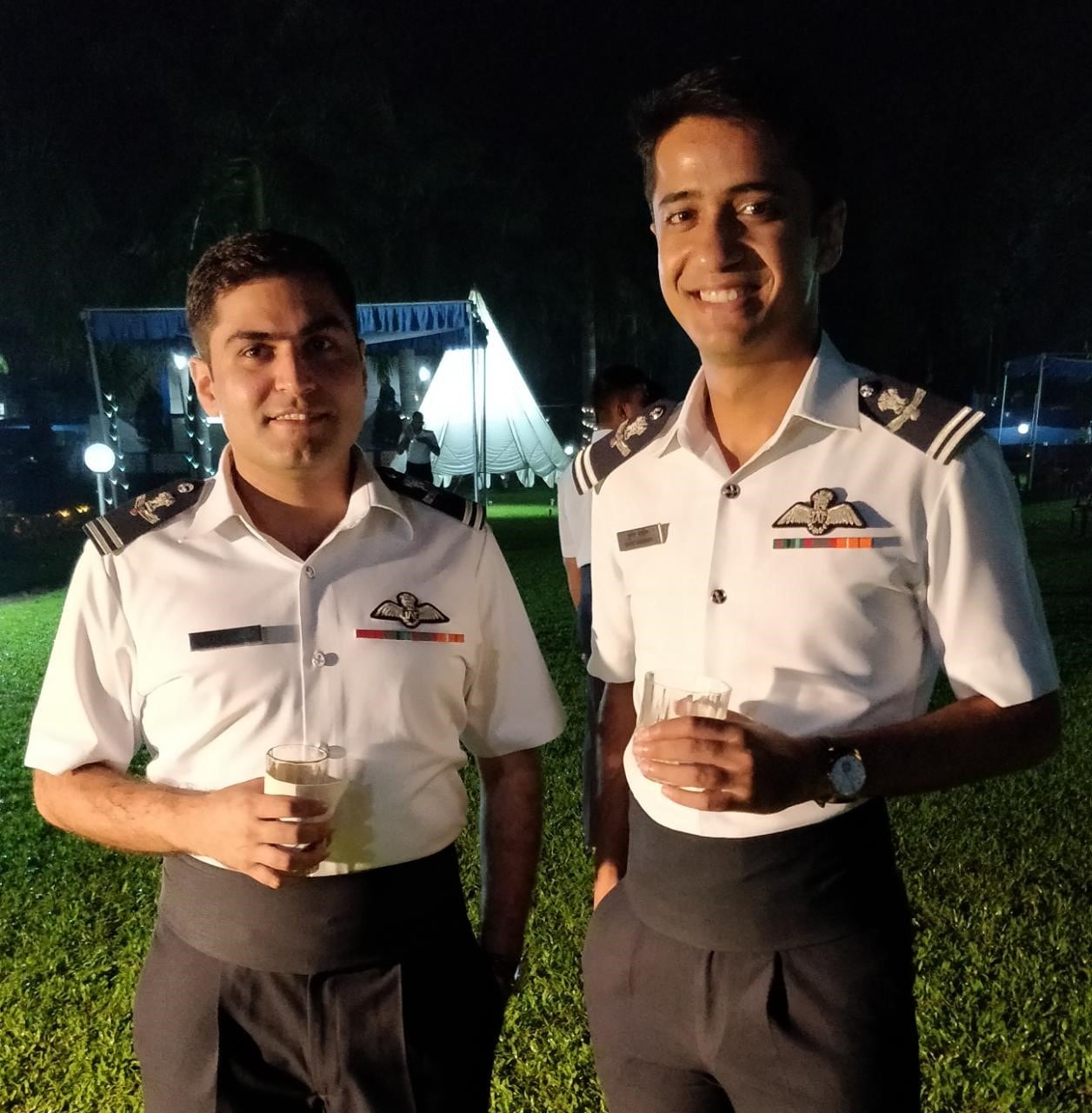 “He had an eye for views, and the mountains gave him plenty of that, apart from the tranquillity of the surroundings. In fact, once during a lunar eclipse, he climbed up the ATC tower with his camera and tripod, and waited for about 45 minutes to capture the moment,” said Radhika who still finds it difficult to accept that Flight Lieutenant Mohanty is no more.

She is proud of him, and the Indian Air Force aviators deployed in the Northeast — as the country celebrates Air Force Day today, she lauded the heroic efforts of the air warriors who have touched so many lives during their service.

“The IAF pilots in Northeast fly in such treacherous, unpredictable and unforgiving terrain for the security of the nation, but they are all exceptionally well-trained. I hope they continue to carry out their duty just as brilliantly as they always have."
Tags air force day Air Force Day 2019 An-32 crash An-32 dead Flight Lieutenant Sunit Mohanty An-32 news Arunachal crash Flight Lieutenant Sunit Mohanty death Indian Air Force The Monty Quiz