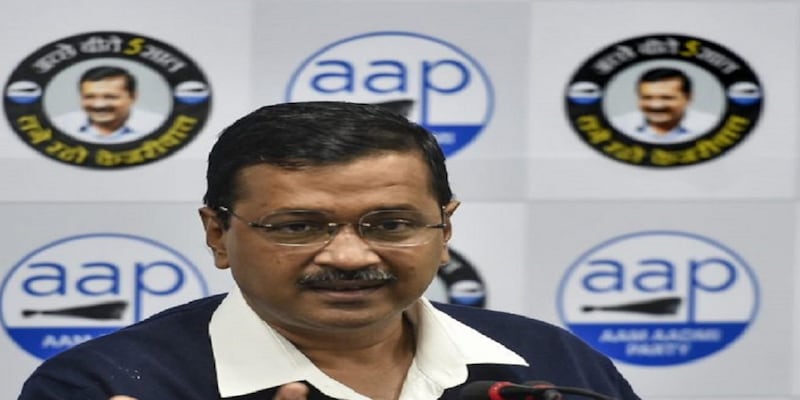 With the Congress empirically unable to reverse its steep decline, Kejriwal has a real chance to showcase himself as an alternative to the Congress in the years to come.

Is Aam Aadmi Party a ‘soft-Hindutva’ party or a post-ideological party that believes in the ‘delivery boy’ model of politics? This is a question that needs to be addressed now, as the party seems to be on the verge of a gradual national expansion at the expense of the Congress.

If opinion polls on Gujarat are any indication, Arvind Kejriwal’s Aam Aadmi Party is going to increase its vote share in Gujarat and even win seats. As per both the C-Voter and P-MARQ opinion polls, AAP has a fair chance to touch a double-digit tally. A survey by PRACCIS also says that AAP is registering its presence in the state as a potential third force and may win seats. With all surveys seeing a comfortable victory for the BJP in the state, the new development is the rise of AAP.
It may no longer be a premature conclusion to say that AAP is expanding. The year 2022 saw it not being limited to a Delhi-centric party, as it swept Punjab. This very year is likely to see it winning seats in Gujarat and registering its presence as the one regional party that may have a legitimate national potential in some years.
This brings the focus on Arvind Kejriwal’s politics, as he is no longer a flash in the pan as a politician. With the Congress empirically unable to reverse its steep decline, Kejriwal has a real chance to showcase himself as an alternative to the Congress in the years to come.
The politics of the BJP and Congress is part of popular commonsense now. So are the orientations of the multiple regional parties in India. It is AAP that has not been fully made sense of during its quick rise. People initially saw it as an anti-corruption party with its focus on Lokpal.
However, it has shown no interest in the ombudsman once it tasted power. Many then saw it as some new kind of left with a strong Gandhian flavour. It has proved that it isn’t that either. It was accused of playing along with the ‘Khalistani’ fringe in Punjab and is being accused of playing ‘soft Hindutva’ in Gujarat.
So, what is the politics of Arvind Kejriwal?
In some ways, the politics of AAP is like Bonapartism, which was a child of the French Revolution but ended up reversing its very ideals by taking recourse, in practice, to a one-man command structure and conservativism.
Kejriwal bagged most of the Muslim votes in the last Delhi assembly polls without once standing with the anti-CAA protesters. In a TV show, he condemned CAA as a law that aimed at giving citizenship and jobs to ‘Pakistanis’, thus breaking with the dominant critique of CAA in a manner that reached out to the right too.
He now wants to have the images of Goddess Lakshmi and Lord Ganesh on currency notes – as Gujarat, a state known for Hindu entrepreneurs – goes to polls. He has promised free power, 10-lakh jobs and also unemployment allowance for those applying for but not landing a job. But, he has also promised Rs. 40 a day for the upkeep of cows, thus trying to disrupt the BJP’s claim of being the sole representative of Hindus.
These contradictory and unpredictable signals have made a section of the commentariat conclude that AAP is a ‘soft-Hindutva’ party. But they are wrong. AAP is a party that senses the dominant popular mood and plays along with it to be seen as in sync with what common voters of a state think. In this manner, it tries to ensure that voters there see it as a party that conforms to their values as well as their prejudices. Then it promises to reduce their monthly expenditure by subsidising power and water, and also promises to work for improving public education and healthcare.
This is how it tells people that it agrees with their worldview but is the only party that can help them save money and access public services affordably. In this manner, it challenges the dominant party of a state by offering cost cuts with ideological comfort. This is much like the e-commerce businesses. They claim no brand personality. All they say is that they connect the buyer to the seller for comfortable service delivery at the door of the buyer.
Also Read:Gujarat Assembly Elections 2022: Can AAP be a force to reckon with? A SWOT analysis
This approach, where AAP is neither promising an ideological utopia in the future nor claiming to save the country from a crisis, has the flexibility to have just one constant – sops, that is – and many variables in terms of ideological messages, which just make it align itself with worldviews of its voters in various states.
However, there is one constraint that this model suffers from. In a world tied by the internet, voters in one place can see that AAP has no ideological message and that it tailors its message to the tastes of the audience. This makes them view AAP as ‘opportunist’ rather than principled.
However, AAP continues in the same vein, hoping that at least in state elections they will find the promise of the prospect of their monthly expenditure decreasing to be an enticing one. In this sense, it becomes a ‘pro-poor’ party in the sense of service delivery, rather than a pro-poor party in the sense of a worldview, something associated in popular commonsense with communist and socialist left parties.
There are also dangers in this approach. None can predict which line AAP can ideologically align with. It is post-ideological and deploys ideology more as a tool to be in the good books of its specific voters in a locality. It has no worldview. Its impulse is to offer material benefits in the short term – one does not even know whether these are sustainable in the long run and what long-term impact they have on the economy of a state – while offering a feel-good message that aligns with local sensibilities and even prejudices.
—Vikas Pathak teaches at Asian College of Journalism, Chennai. The views expressed are personal.
Read his other views here
Check out our in-depth Market Coverage, Business News & get real-time Stock Market Updates on CNBC-TV18. Also, Watch our channels CNBC-TV18, CNBC Awaaz and CNBC Bajar Live on-the-go!