A decade on from the launch of the central government’s biometric database of citizens, 95 percent of the adults in the country—1.2 billion citizens overall—now have Aadhaar and 92 percent of them are satisfied with it, according to the 2019 State of Aadhaar survey.

A decade on from the launch of the central government’s biometric database of citizens, 95 percent of the adults in the country—1.2 billion citizens overall—now have Aadhaar and 92 percent of them are satisfied with it, according to the 2019 State of Aadhaar survey.

Nine in ten Aadhaar card holders trust that their data is safe in the system while eight in ten feel the biometric system has made the public distribution of rations, government employment schemes, or social pensions more reliable, the survey conducted by Omidyar Network India and overseen by Dalberg, has found.
This is the third year of the State of Aadhaar survey and covered 1.7 lakh households.
There have been reports in the past about the security of Aadhaar data with several stories about the relative ease with which recipients’ data could be retrieved without their consent. However, the survey has revealed that an overwhelming majority trust the government with their personal details.
On average, people use Aadhaar about once per month. Bank accounts, SIM cards, LPG subsidy and public distribution system (PDS) rations are the most common uses across the country.
Aadhaar misconceptions
The Supreme Court in a judgement last year made it clear that Aadhaar was not mandatory for opening bank accounts. Aadhaar is also not needed to acquire new SIM cards. However, 90 percent of the respondent incorrectly believe that providing Aadhaar is mandated by law for bank accounts.
Despite Aadhaar not being a necessity for availing new SIM cards, 40 percent of the respondents said that the biometric data quickened the process of acquiring a new SIM compared to other IDs.
Interestingly, 67 percent of the people who were excluded from a service because of Aadhaar were still satisfied with it. 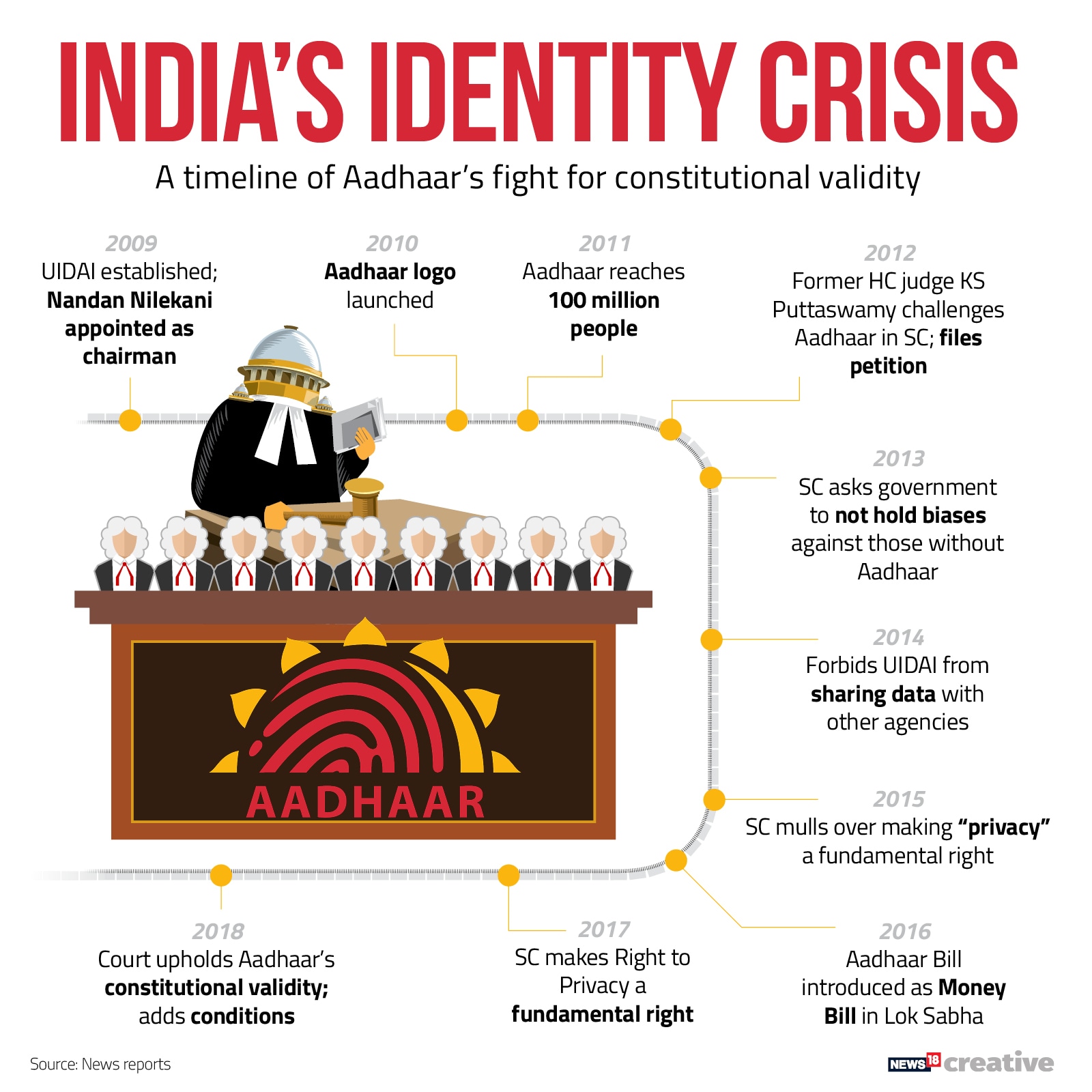 Glitch in the system
Just 0.8 percent of recipients experienced exclusion from government welfare schemes due to Aadhaar-related reasons. Of them, 1 percent of the Mahatma Gandhi National Rural Employment Guarantee Scheme (MGNREGS) job card holders were denied work due to issues in their biometric IDs. However, the numbers of those denied work due to non-Aadhaar related reasons was significantly larger at 31 percent.
Around 1.5 percent of PDS users failed to get rations due to biometric authentication issues in their last attempt. However, 3.2 percent users received rations despite authentication failure.
Further, nearly four in ten Aadhaar holders do not have a mobile phone linked to their card, while 15 percent of the recipients report an error in their linked number, which is the most common problem encountered by the card holders.
Doubts remain
More than seven in ten (72 percent) respondents said appreciate the convenience of Aadhaar as a universal ID but almost half of these same people worry about the risks of linking it to too many services.
Moreover, 8 percent of the respondents said they worry about the misuse of their Aadhaar, and 2 percent have experienced fraud that they believe was related to Aadhaar.
Northeastern states lagging
However, the Aadhaar numbers are not uniform across the country. In the northeastern state of Assam—so far the only state in the country to have conducted the National Register of Citizens (NRC) exercise to identify illegal migrants—only 10 percent of the people have Aadhaar. Neighbouring Meghalaya has an Aadhaar penetration of 39 percent.
Nearly a third (30 percent) of the homeless do not have Aadhaar, while more than a quarter (27 percent) who identify as third-gender are not part of the biometric system.
Check out our in-depth Market Coverage, Business News & get real-time Stock Market Updates on CNBC-TV18. Also, Watch our channels CNBC-TV18, CNBC Awaaz and CNBC Bajar Live on-the-go!