Warren Buffett: This is the No. 1 mistake parents make when teaching kids about money

Warren Buffett: This is the No. 1 mistake parents make when teaching kids about money 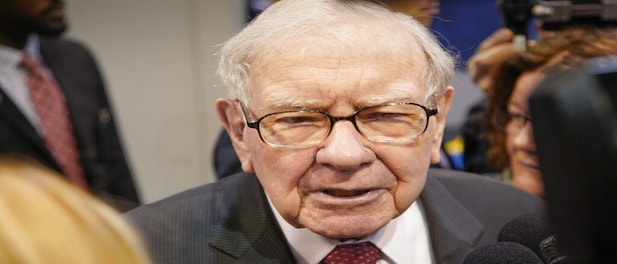 Here are a few lessons from the show, along with tips from Buffett on how to teach them to your kids:

If there’s one person who understands the importance of teaching kids about financial responsibility, it’s Warren Buffett.
Before he became CEO of Berkshire Hathaway, the legendary investor started a handful of small businesses — starting at age six, when he purchased a six-pack of Coke for 25 cents and sold each can for a nickel. He also sold magazines and gum from door to door.
“My dad was my greatest inspiration,” Buffett said in an interview with CNBC back in 2013. “What I learned at an early age from him was to have the right habits early. Savings was an important lesson he taught me.”
When asked what he thinks is the biggest mistake parents make when teaching their kids about money, the billionaire said, “Sometimes parents wait until their kids are in their teens before they start talking about managing money — when they could be starting when their kids are in preschool.”

Time is a factor

Yes, you read that right: Preschool. To Buffett’s point, researchers have noted that 80% of our brain growth happens by age 3.
One study from Cambridge University found that kids are already able to grasp basic money concepts between the ages of 3 and 4. And by age 7, basic concepts relating to future financial behaviors will typically have developed.
“Most parents already know how important it is to teach their kids about money and how to manage it properly,” Buffett acknowledged. But there’s a difference between knowing and taking action.
According to a 2018 survey from T. Rowe Price, which gathered responses from 1,014 parents (of children between the ages of 8 to 14) and more than 1,000 young adults (ages 18 to 24), only 4% of parents said they started discussing financial topics with their kids before the age of 5.
Thirty percent of parents started educating their kids about money at age 15 or older, while 14% said they never did at all.

Lessons Buffett taught his own kids

In 2011, Buffett helped launch a children’s animated series called “Secret Millionaire’s Club,” which featured himself as a mentor to a group of students.
There are 26 episodes in the show, and each one tackles a financial lesson, such as how a credit card works or why it’s important to track where you put your money.
“I taught all
Here are a few lessons from the show, along with tips from Buffett on how to teach them to your kids:
1.
How to be a flexible thinker
The goal of this lesson is to encourage your kids not to give up just because something doesn’t work the first time. The ability to think creatively and outside the box will come in handy when they run into future financial challenges.
Activity ideas:
2. How to start saving money
As Ben Franklin once said, “A penny saved is a penny earned.” To help your kids learn to manage their money, it’s important for them to understand the difference between wants and needs.
Activity ideas:
3. How to differentiate between price and value
We’ve all been guilty of paying more money for a cool brand of shoes or gadget when we could have gotten a similar item that was just as good for a lesser price.
The idea behind this lesson is to help kids understand the different ways advertisers get us to buy their services or products, as well as how to tell what is and what isn’t worth paying for.
Activity ideas:
4. How to make good decisions
The key to making smart decisions is to think about how different choices can impact future outcomes.
Activity ideas:

Instilling healthy financial habits in your kids is one of the most important things you can do to help ensure they have a successful future.
“It’s never too early,” Buffett said in a Q&A with Yahoo Finance in 2013. “Whether it’s teaching kids the value of a dollar, the difference between needs and wants or the value of saving — these are all concepts that kids encounter at a very early age, so it’s best to help them to understand it.”
Tom Popomaronis is a commerce expert and proud Baltimore native. Currently, he is the Senior Director of Product Innovation at the Hawkins Group. His work has been featured in Forbes, Fast Company and The Washington Post. In 2014, he was named one of the “40 Under 40” by the Baltimore Business Journal.
First published on CNBC.com
Check out our in-depth Market Coverage, Business News & get real-time Stock Market Updates on CNBC-TV18. Also, Watch our channels CNBC-TV18, CNBC Awaaz and CNBC Bajar Live on-the-go!