Creating a legacy is the job half done, what’s equally important is to protect that legacy.

This article endeavours to provide a snapshot of five key trends in the realm of succession planning in India:

1. Recognising the importance of succession planning – Varied contexts and host of recent events point toward the importance of identifying and appointing the right successor. A noticeable trend lately is the willingness of promoters to openly discuss the succession of business / assets with the family, trusted advisors while balancing their desire to retain some degree of control over their assets during and after their lifetime.

2. Nuanced tools to plan succession – The common perception when planning succession was that a will / testamentary instrument was the panacea to all succession woes. However, given the risk of heirs being embroiled in contesting the will, as well as the lack of protection accorded during the lifetime of the testator from taxes and estate duties, private trust structures are rising in popularity.

A trust, if appropriately structured, allows the settler to witness the workings of the trust during his or her lifetime, in addition to protecting the trust assets from potential estate duties, credit claims, claims arising from familial or marital discord etc. 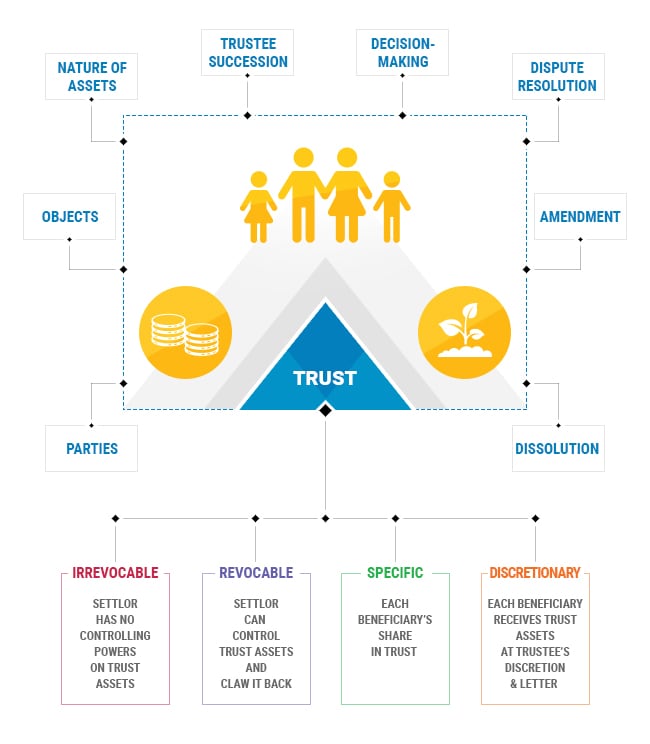 Previously, ‘Hindu Undivided Families’ (HUFs) were popular vehicles to hold family assets. In light of legislative changes expanding the scope of the beneficiaries of an HUF and the minimal tax advantage that it accords, there is a recent shift towards unwindings HUFs.

3. Legal developments – A wide spectrum of legal implications must be considered when finalizing a succession plan.

To enumerate a few – succession, litigation, tax and reporting, trust, regulatory, insolvency, securities, real estate laws must be evaluated while structuring a succession plan. Recent amendments to legal provisions in such streams directly impact the robustness of succession structures.

4. Change in objectives – Earlier, a primary objective that the founder-promoters sought to achieve was to mitigate tax costs of setting up a succession structure. However, the approach adopted today has moved beyond tax mitigation and is aimed at managing various competing interest.

The thrust of succession planning has become a fine balancing act to achieve the following objectives:

While no one size fits all, the above is a checklist of objectives that succession structures aim to achieve.

5. Transparency & Confidentiality – Any succession structure with an offshore element must balance the twin goals of achieving transparency as well as maintaining confidentiality of the asset transfer plan. Linked to the fact that several wealthy families now have assets globally as well as some members of their family are likely to be located overseas, perhaps with foreign citizenship and residency, the requirement to report offshore assets coupled with the need to balance the impact of offshore laws has become pivotal.

Spurred by discussions of the potential reintroduction of estate duty in India, succession planning has become an important facet of creating and preserving wealth in India today. The above trends bear testament to this.