Your home loan EMI set to rise as RBI hikes repo rate — What should you do now?

Your home loan EMI set to rise as RBI hikes repo rate — What should you do now? 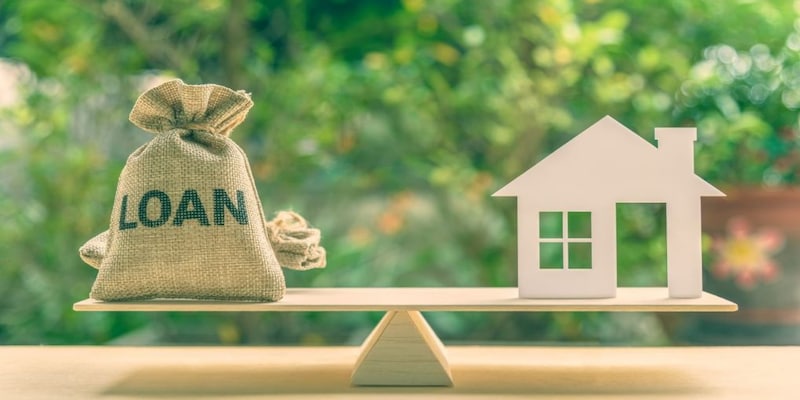 RBI monetary policy: With the rise in repo rate, home loan EMIs will also increase. Read on to see how this will impact your home loan and what are the options you can choose to control the hike

The Reserve Bank of India (RBI) has announced a 50 basis point (bps) hike in the repo rate, at which the central bank lends money to commercial banks, to 5.90 percent. This is the fourth consecutive hike by the RBI and will lead to a rise in the equated monthly installments (EMIs) of home loans, experts believe.

Those whose home loans are linked to external benchmarks like the repo rate will be majorly impacted.
Why are home loans impacted by RBI's decision?
Generally, when RBI hikes the repo rate, it increases the cost of funds for banks. This means that banks will have to pay more for the money they borrow from RBI. Consequently, banks pass on the cost to borrowers by increasing their loan interest rates, making EMIs costlier.
As a result, both new and existing borrowers witness an increase in their home loan interest rates.
How much increase can we expect in home loan rates?
According to Shishir Baijal, Chairman & Managing Director at Knight Frank India, about 50 percent of the hike will be passed onto the home loan borrowers.
As a result, home loans will surely get dearer.
ALSO READ| RBI lowers FY23 GDP growth forecast to 7% from 7.2% earlier
However, the silver lining from a home buyers’ perspective is that home loan rates will still remain below 9 percent per annum, said Amit Goyal, CEO, India Sotheby’s International Realty.
For the uninitiated, RBI has hiked the repo rate by 140 bps in the past three policies. The first hike was to the tune of 40 bps in May and then of 50 basis points in June. It again raised repo rate by 50 bps in August. Considering the recent hike of 50 bps, the total rise comes to 190 bps. So, what should borrowers do?
According to Adhil Shetty, CEO at Bankbazaar.com, borrowers can prioritise pre-payments to control their loan interest.
"This will help them in reducing their loan tenors and EMIs. Economies across the globe are grappling with recessionary trends. A time like this calls for people to calibrate their finances to adjust for these difficulties," Shetty said.
For example, Mr X took a home loan at 7 percent for 20 years and the per lakh interest is Rs 86,071. The per lakh EMI is Rs 775. If the rate goes to 8.9 percent after 3 months, he had 237 EMIs left but now it could theoretically go to 410 months assuming the same EMI.
Assuming a bigger EMI, Shetty said that the tenor extension will be smaller.
"But at 410 months, the loan is 173 months or nearly 14.5 years longer. At this stage, if he makes an immediate pre-payment 17 times the EMI, the tenor will reduce to 236 months. Four pre-payments of 4.5 times EMI once every 12 months has roughly the same effect in reducing the tenor," he suggested.
Will home buying also see a fall?
A rise in home loan rates will impact affordability across the markets. As per Knight Frank, affordability index will deteriorate by another 2 percent. This might slowdown home buying decision for a short to medium term.
However, Baijal of Knight Frank India believes that country’s steady economic growth and revival in consumer’s sentiment towards the economy will bring back confidence amongst the end users and support their home buying activities.
Anuj Puri, Chairman - ANAROCK Group also believes that repo rate hike could impact residential sales to some extent during the upcoming festive quarter, particularly in the affordable and mid-range housing segments.
“With the overall acquisition cost increasing further, developers will have to seriously consider doling out targeted offers and discounts to boost sales during the critical festive quarter. The silver lining is that if rates remain between 8.5-9 percent, the impact is expected to be moderate,” Puri said.
ALSO READ | ‘Umbrella’ of forex reserves continues to remain strong: Shaktikanta Das
In short-term, homebuyers should utilize the opportunity and make their purchases by cashing in on offers and festive discounts in the market.
Meanhwile, Ramesh Nair, CEO, India and Managing Director, Market Development, Asia, Colliers thinks that the rate hike was on expected lines and the market has largely recovered from the pandemic lows, so the home buying sentiment is not likely to be impacted significantly.
Besides, with the festive season knocking on the door, the residential sector is expected to put up a good show, as the market is overflowing with new buyers. An exercise of caution may be witnessed from second and upgrade home buyers.
Real estate is definitely an asset class that one must remain invested in today and in the long term and looking ahead, and Saransh Trehan, managing director at Trehan Group believes that markets will see sustained growth over the next few years.
ALSO READ | India has lost two thirds of its dollar warchest in protecting the rupee
What are the current home loan rates?
The majority of the lenders have linked their lending rates to the repo rate.
Here are the latest rates offered by banks on home loans:
Here are the latest home loan rates offered by key banks:
(Source: Bankbazaar)
(These are the rates before today's increase in benchmark interest rates by the RBI. They are likely to change in the near future.)
Catch latest RBI policy updates with CNBCTV18.com's blog
Check out our in-depth Market Coverage, Business News & get real-time Stock Market Updates on CNBC-TV18. Also, Watch our channels CNBC-TV18, CNBC Awaaz and CNBC Bajar Live on-the-go!