Home, auto loans could get more expensive and you may earn lesser on fixed deposits

Home, auto loans could get more expensive and you may earn lesser on fixed deposits 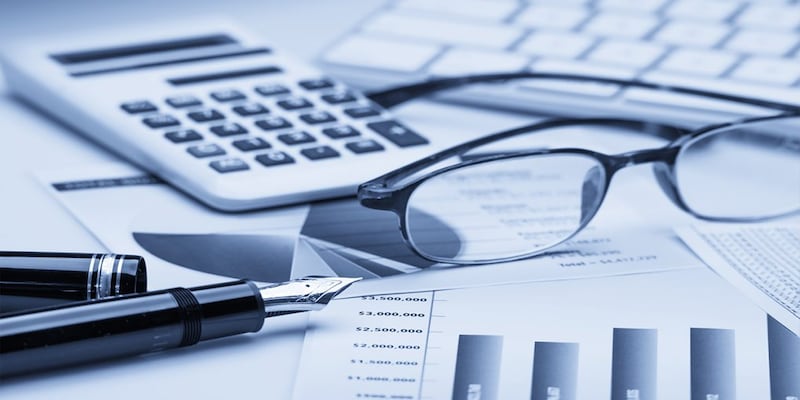 The RBI tops up its May 4 move with a 50 bps hike in the repo rate, in line with expectations and aggressive moves announced by central banks to tame inflation. Home loans may become more expensive and depositors may earn less on fixed income instruments.

The Reserve Bank of India's (RBI) Monetary Policy Committee (MPC) on Wednesday announced a 50-basis-point hike in the repo rate — the rate at which the RBI lends money to commercial banks — to 4.9 percent along expected lines. The latest increase in the key rate follows a surprise 40-bps hike on May 4, as global central banks line up aggressive moves to tackle inflation without causing a blow to economic growth.

Experts expect lenders to follow RBI action with higher home loan and lower fixed deposit rates.
The RBI also allowed cooperative banks to give out loans for residential projects, in a move widely expected to take off some of the pressure of rising cost of funds for developers.
How does repo rate impact deposit and loan rates?
Repo rate is the key rate which determines the interest rates offered by commercial banks to borrowers and depositors. A higher lending rate forces banks to pass on the increased cost of borrowing to their customers, and vice versa.
Where to expect the repo rate in the coming months?
As many as 80 percent of respondents in a CNBC-TV18 poll expect the repo rate to go up by 50-100 basis points by August itself. Most respondents expect the repo rate to peak at 5.5-5.75 percent in the current cycle of tightening. 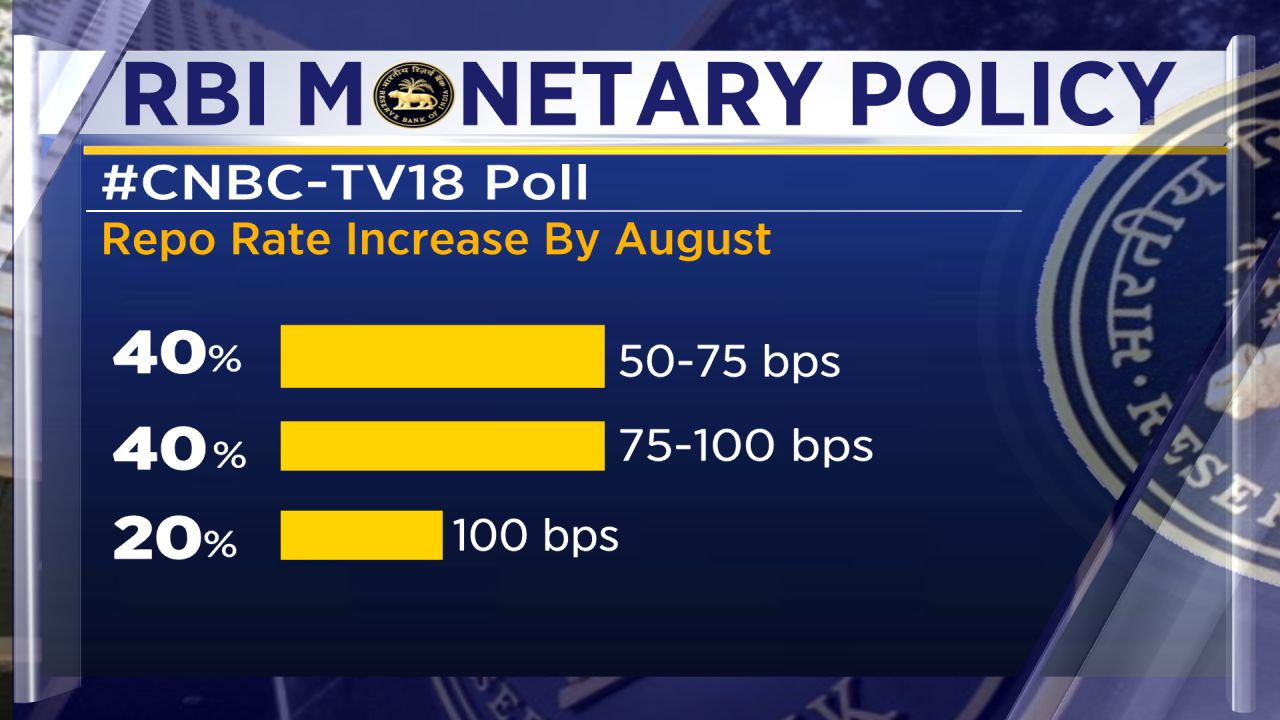 In a year's time, the key lending rate should be higher by 50-100 bps across markets and tenures given the elevated inflation and consequent policy tightening, Upasna Bhardwaj Chief Economist at Kotak Mahindra Bank, told CNBCTV18.com.
So where can you expect interest rates for fixed income and home loan rates?
Any hike in the repo rate could trigger cuts in interest rates applicable to savings and fixed deposits, and, on the other hand, make home and auto loans more expensive.
The quantum of changes in fixed income and home loan rates should be in tandem with RBI rate hikes, according to Manish Jeloka of Sanctum Wealth.
"There is some downside risk to these assumptions given the impact of the government's recent trade measures on local prices. Any easing of supply chain issues will also put downward pressure on inflation and suppress the need for elevated rate hikes," he told CNBCTV18.com. Samantak Das, Chief Economist at JLL India, believes the impact of the rate hike on home loan EMIs is unlikely to be significant. "These loans are for a longer tenure. Banks and housing finance companies have only partially transmitted the previous policy rate hike," he said.
"A hike was inevitable, but we are now entering the red zone. Any future hikes will reflect markedly on housing sales," said Anuj Puri, Chairman of ANAROCK.
"The rate hike will push up home loan interest rates, which had already begun creeping upward after the surprise monetary policy announcement last month... The current hike will reflect in residential sales volumes in the months to come, more so in the affordable and mid segments," he added.
Where are FD and home loan rates at present, and where can they reach?
For instance, currently, when the repo rate is at 4.4 percent, State Bank of India (SBI) — India's largest lender by assets — has interest rates in the range of 2.9-5.8 percent for fixed or term deposits of up to five years. 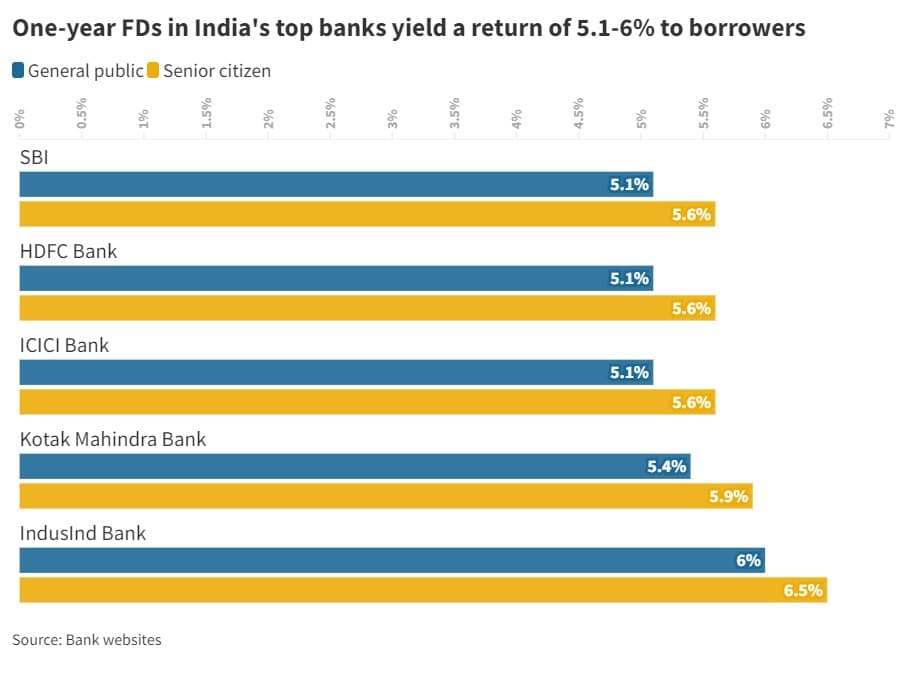 SBI offers regular home loans at 7.05-7.55 percent, depending on the borrower's credit score.
ICICI Bank, HDFC Bank and Kotak Mahindra Bank offer home loans of Rs 50 lakh to salaried or self-employed customers at 7-7.85 percent.
Jeloka expects the interest rates of fixed deposits at top lenders in the range of 6-6.75 percent by the end of the year, and home loan rates at 7-7.5 percent.
Check out our in-depth Market Coverage, Business News & get real-time Stock Market Updates on CNBC-TV18. Also, Watch our channels CNBC-TV18, CNBC Awaaz and CNBC Bajar Live on-the-go!