NPS: Welcome changes, but not a perfect plan just yet

NPS: Welcome changes, but not a perfect plan just yet

The National Pension Scheme is a good concept which can be made great with a couple of tweaks.

The National Pension Scheme is in the news, and the news is good, especially if you are a central government employee. First the basics – NPS, which is a defined contribution retirement system, lets one invest throughout their working life. The contribution can be made by an investor alone or both by the employee & his employer if the corporate entity has opted for NPS. The corpus accumulated upon retirement is divided into two parts- 60 percent can be withdrawn by the retiree while the balance 40 percent must be mandatorily used to buy annuity which gives regular pension. Up till now only 40 percent of the NPS corpus was tax exempt upon withdrawal but tax had to be paid on 20 percent of the corpus, with the remaining 40 percent going into annuity. The new and improved NPS has now made the entire 60 percent of the retirement corpus tax exempt. That’s just one good change. There are several other sweeteners thrown in for central government employees that make the NPS even more attractive for this class

NEW BENEFITS FOR GOVERNMENT EMPLOYEES
For starters the government’s contribution to a government employee’s NPS corpus has been hiked from 10 percent to 14 percent. A bigger investment means more compounding and a better looking retirement kitty – great news indeed! The other key change is that government employees will now be able to get tax advantages & deductions even if they invest in ‘Tier II’ NPS schemes. Let’s simplify this.
WHAT IS TIER I & TIER II NPS?
The National Pension System is divided into 2 types of schemes- Tier I & Tier II. Tier I NPS offers tax incentives but the investment must be locked in right up till retirement. This money can only be withdrawn partially during the life of the scheme, and that too, only in case of specific events like higher education or marriage of a child, building a house property or in event of critical illness. If you chose to invest in Tier I NPS then you’re entitled to tax deduction of Rs 1.5 lakh every year under Sec 80C and an additional Rs 50,000 under Sec 80CCD – a total of Rs 2 lakh tax deduction for investment aimed at ensuring your retirement security.
Tier II NPS is far more flexible and doesn’t require the investment to be locked in till retirement. However Tier II NPS didn’t offer the same tax benefits as Tier I- up till now.
The new rules announced last week have allowed government employees to get the same Rs 1.5 lakh deduction even if they invest in this more flexible version of NPS. However the investment must be locked in for 3 years, on par with the Mutual Fund ELSS schemes most of us are familiar with.
And that’s where the good news ends.
NPS CHANGES: GOOD BUT NOT GREAT
The benefit of Rs 1.5 lakh tax relief in Tier II NPS offered to Central Government employees has not been extended to private sector professionals. One wonders why. Why would the government want to tie down private sector workers to the NPS till retirement while giving freedom of withdrawal to the government sector? One logical answer could be that Central government employees already get government pension and its people like myself (and many others) in the private sector who don’t have any guaranteed retirement plan. But my complaint with the NPS doesn’t end there. There are bigger issues to discuss.
NPS: KEY SHORTCOMINGS
The National Pension System was and remains a fantastic idea. In a country that has no concept of social security, the NPS at least chanelises thought, as well as money towards retirement savings. But here comes my biggest grouse – the NPS restricts equity contribution to a maximum of 50 percent. That means even a young 30 year old who should ideally be putting most of his long term retirement investment in equities simply can’t do so in the NPS.
NPS: NOT QUITE ‘EEE’
The second restriction that needs to be evaluated is the concept of mandatory annuity. 40 percent of the NPS corpus has to compulsorily be used to buy annuity which in turn gives the retiree regular pension. Pension that’s taxable as regular income. This also takes away the freedom of choice. Annuity rates are pretty low, and the pension may not be sufficient to meet a person’s lifestyle or needs. Also, unlike a mutual fund, the retirement corpus money once given to an insurance company doesn’t compound or grow for the remaining life of the retiree. Thus senior citizens may find it more lucrative to park the funds in a balanced or hybrid mutual fund and opt for a systematic withdrawal plan which allows the money to grow and can also be more tax efficient. The third thing to keep in mind is that buying an annuity is an irreversible decision – once given, the money can’t be taken back from the annuity provider.
NPS: STILL A VEHICLE OF CHOICE
Having raised all the issues above, one has to concede that the NPS is still a good option which you must consider while planning your retirement. This is because NPS brings with it some discipline (reason why I don’t mind tax incentives being given only to Tier 1 schemes which require the money to be locked in till retirement). Second, the average 5 year return generated by Tier I equity NPS schemes is around 13 percent - that’s more or less similar to the average return generated by large cap mutual funds over the same period of time. Third, the additional Rs 50,000 deduction is a great way to save tax while simultaneously building a safe retirement savings pool.
So what’s the takeaway?
NPS: A PLEA, MR FINANCE MINISTER…
The National Pension Scheme is a good concept which can be made great with a couple of tweaks. First of all the government must consider raising the maximum equity investment limit all the way to 100 percent - let people have the freedom of choice! Let the young working population of this country really invest in growth. It would be worthwhile to then offer the flexibility of changing the asset allocation mix at certain age milestones. So for example allow a subscriber to change the debt: equity mix say at age 45 or 50 to maybe 50:50 or 60:40. That will be the real democratization of NPS which will push it to be right at par with Mutual Funds.
The second thing the government must consider is the taxation of annuity. Calling the NPS ‘EEE’ or Exempt Exempt Exempt (i.e no tax on investment, accumulation or withdrawal) is a bit of a misnomer. Annuities or Pension is taxable. NPS will truly be EEE only if the government lets senior citizens enjoy tax free pension. But that’s a wider debate. Yet, it’s one which North Block perhaps should consider & evaluate. 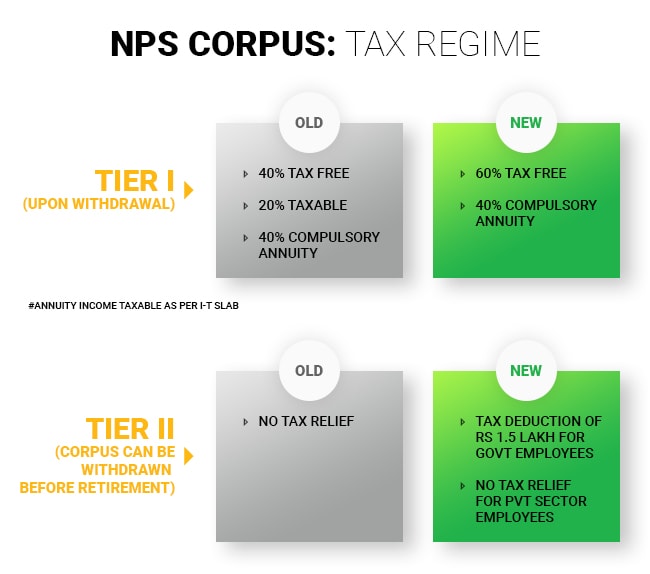 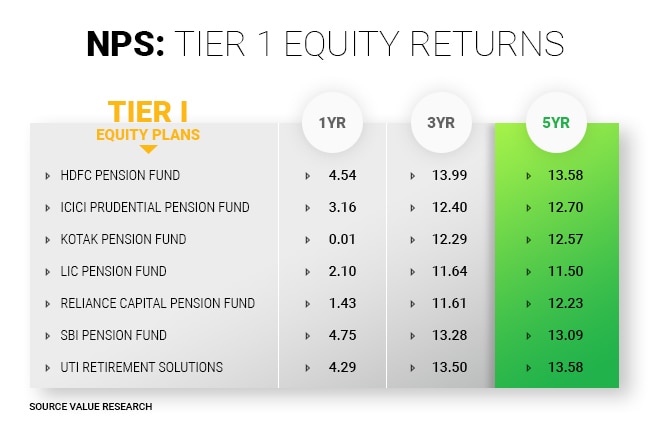