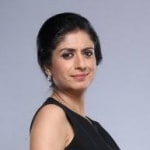 He said the biggest use of gold is gifting apart from wedding. Gifting during the wedding seasons is one but it is found in research that even other forms of gifting are also the major reasons for gold buying, he told CNBC-TV18.

"I wouldn’t been surprised that today is the good day and also we have been hearing that trade also has seen a little bit of revival in demand in recent times with the season now."

"So, I guess today must be a very good day to buy the gold.”

He said, “Not in India certainly but obviously China is a number one consumer and we don’t have an estimate of how much but during the Chinese New Year  buying has been affected, there is no doubt about it."

"As far as India is concerned, I don’t think this has had any impact and the very reason softening of prices apparently has also helped the consumers.”

“What we hear repeatedly now is that acceptability of prices of this range Rs 40,000 is now much higher among the consumers unlike the last year particularly September and it now seems that consumers have mentally now accepted to this new normal. So that is a good news for the trade as the season picks up."

"ETFs inflows we have seen from some reports that it has increased by Rs 200 crore in the last one month, I would say this is probably the first time in several years when we have seen such a sharp jump in a short time."

"This also says that given the high price of gold already as I have always mentioned people will also try to find more gold for the same money and that means the investment gold like ETFs or even sovereign gold bond of things like that because of the same amount of money you get more gold. "

"Whereas the jewellery is having a conversion charge so we are definitely bullish on the investment gold.”
Tags ETFs gold World Gold Council