Fixed deposit interest rates back to 2019-20 level? Check if the time is right to park your money

Fixed deposit interest rates back to 2019-20 level? Check if the time is right to park your money 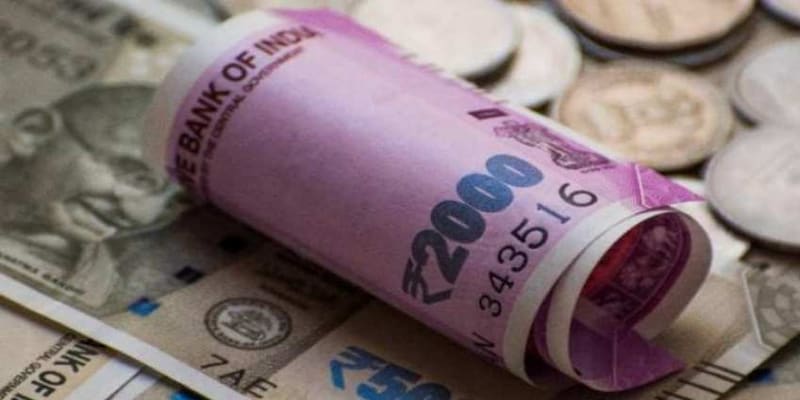 A fixed deposit refers to an investment scheme that banks and non-banking financing companies provide. FDs offer greater returns on the principal invested when compared to the returns generated from a regular savings account. Read more here

The Reserve Bank of India (RBI) has increased the repo rate—the rate at which banks borrow from the central bank—four times since May 2022, and it is expected to further hike policy rates before taking a pause. Against this backdrop, fixed deposit (FD) rates have gone up slightly. In the past few months, several lenders have raised their FD interest rates.

Consequently, FD rates are currently hovering around 5.5 percent to 6 percent, which indicates that they are significantly lower than the rate of inflation. It is anticipated that the headline inflation rate in India, which reached a high of 7.4 percent in September, has peaked.
Though rates are rising, it's interesting to see that it’s still far beyond then what it was 10 or 20 years back.
If we look into the history, fixed deposit rates in India have recorded higher levels during 1994-1999. During 2012-2013, it was 8.75-9 percent. The rates averaged 5.7=6.4 percent in 2019-2020 and stood between 5.25 percent and 5.35 percent in 2020-21. In 2018-19, rates were hovering between 6.25 percent and 7.25 percent, according to Bajaj Finserv.
Given that, we can say that fixed deposit rates are somewhat back to the 2019-2020 level.
Here's a chart showing FD rates in India in last 10 years:
(Source: Bajaj Finserv)
Here are the latest FD rates provided by banks:
(Source: Bankbazaar)
Will FD rates rise further?
“Though the inflation rate is currently higher than the FD rate, it will take a few more months for the two to catch up, “ said Abhinav Angirish, Founder, Investonline.in while talking to CNBC-TV18.com.
Worldwide inflation has remained high for a number of reasons, including supply-side restrictions and the current Russia-Ukraine conflict.
"Accordingly, there is a strong likelihood of yet another interest rate increase being implemented in December. It's also anticipated that market liquidity would remain tight over the next few months. Therefore there is a strong possibility that the FD rates might increase even further in the months to come,” Angirish told CNBC-TV18.com.
So, are FDs worth investing now?
The purpose of any investment should be to fulfil present and future needs. Most people consider bank fixed deposits to be risk-free investment. However, is it truly risk-free?
According to Angirish, even if banks have increased the interest rates on fixed deposits, neither the pre-tax nor the post-tax returns are sufficient to keep up with the pace of inflation.
“Because of this, investors whose comfort level with risk is somewhere between moderate and high might not find bank fixed deposits to be the most suitable long-term investment product,” he said.
Assuming that one does not fall in tax bracket, if the interest rate on a fixed deposit is 6.50 percent per year and inflation in India is around 7 percent per year, the inflation-adjusted return one will earn is -0.47 percent per year.
So, Angirish thinks that fixed deposits are a good option only for investors with relatively low risk tolerance levels and who want to start saving for goals that are fewer than three years away.
"This would also ensure safeguarding of their precious capital. However, if the time horizon for the investment is at least five years or more, then at least some of the portfolio should be allocated to equity investments. For instance, an individual who is 30 years old and has the intention of retiring at the age of 60 can have up to ninety percent or more of his or her portfolio invested in equities," he suggested.
Even though people think that bank fixed deposits are virtually risk-free investments, tax and inflation can erode savings.
ALSO READ | Bajaj Finance hikes fixed deposit interest rates — launches new tenure of 39 months
Check out our in-depth Market Coverage, Business News & get real-time Stock Market Updates on CNBC-TV18. Also, Watch our channels CNBC-TV18, CNBC Awaaz and CNBC Bajar Live on-the-go!