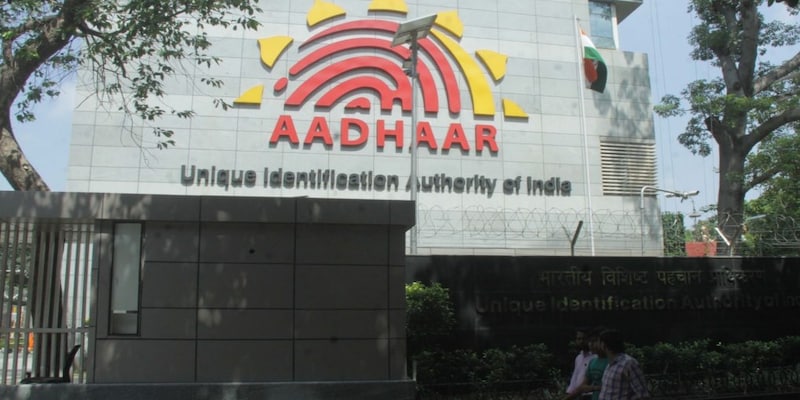 Baal Aadhaar: UIDAI said that there will be no change in the child’s Aadhaar number after updating the biometrics. Hence, the authority has informed the parents to visit the nearest Aadhaar enrollment centre to fill the form and update the biometric data of the children.

The Unique Identification Authority of India (UIDAI) has asked citizens to mandatorily do biometric update of Baal Aadhaar. This kind of Aadhaar is made for children under five years of age and can be used to avail various welfare schemes and benefits.

"Mandatory biometric update strengthens your child's Aadhaar," UIDAI said in a tweet.
It is compulsory to update the biometric details of children between 5-15 years and the procedure is free of cost.
In another tweet, UIDAI said that there will be no change in the child’s Aadhaar number after updating the biometrics. Hence, the authority has informed the parents to visit the nearest Aadhaar enrollment centre to fill the form and update the biometric data of the children.
"To ensure correctness of your child's #Aadhaar data, carefully check all details including spellings in both English and local language during #BiometricUpdate. If there's any changes required in the child’s details, don’t forget to update it," UIDAI said.

#MandatoryBiometricUpdate#BaalAadhaarPlease note that there won't be any change in your child’s #Aadhaar number after updating the biometrics.To locate Aadhaar centers near you, click - https://t.co/TM0HQAFteK pic.twitter.com/aiK5bWhcmR

Documents required for Baal Aadhaar
According to the UIDAI, parents need to carry two documents to get a child enrolled for Aadhaar. These are:
However, for children above 5 years, parents will have to carry the school identity card, a bona fide certificate on the letterhead of the institution, parent’s Aadhaar card and identity certificate issued by the gazetted officer or tehsildar on letterhead with the child’s photograph.
How to apply for Baal Aadhaar Card?
To register the child offline for the Baal Aadhaar card, parents need to visit the nearest enrollment centre and fill the relevant form. The form has to be submitted with the child’s birth certificate, Aadhaar card of one parent, mobile number and address proof.
The UIDAI will conduct a verification process of the details provided, following which the child's photograph will be taken.
Those below five years will not have their biometrics taken, but children of five years age or older have to go for biometric data such as an iris scan and fingerprint scan. On completion of the process, the centre will provide the parent with an acknowledgment slip, which must be kept for future reference.
UIDAI will send a text message to the registered phone number within 60 days and also provide Baal Aadhaar within that time frame.
Parents can also locate the nearest Aadhaar Card Enrollment Centre from the official website of UIDAI. The cost of the child Aadhaar enrolment is borne by the government. No fee is charged from the applicant.
Check out our in-depth Market Coverage, Business News & get real-time Stock Market Updates on CNBC-TV18. Also, Watch our channels CNBC-TV18, CNBC Awaaz and CNBC Bajar Live on-the-go!