SIP or systematic investment plan inflows stood at Rs 8,272 crore in November, an increase of Rs 26 crore from October. Association of Mutual Funds in India (AMFI) data shows that total SIP inflows so far in 2019 strands at Rs 65,880 crore. The asset under management (AUM) of the mutual fund industry reached Rs 27 lakh crore in November 2019, a 15 percent growth in AUM (YoY) from Rs 23.59 lakh crore in the same month last year. In comparison, The assets under management of equity-oriented schemes stood at Rs 789,219 crores in November, up from Rs 7,57,687 crore in October. 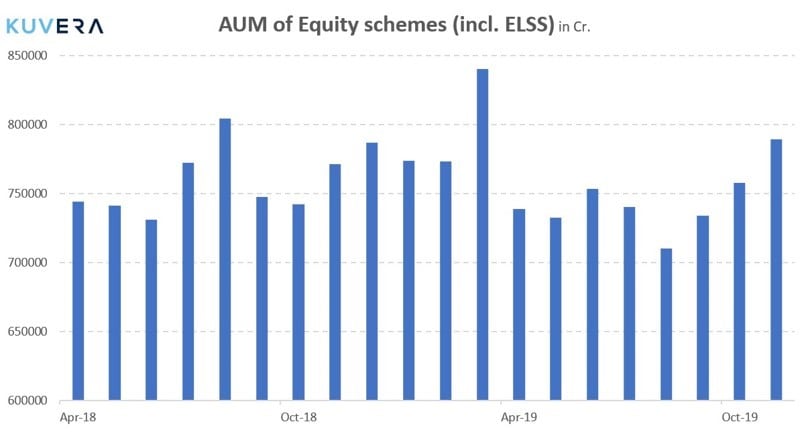 Gold has had a very impressive 2019, rising close to around 25 percent year-to-date. The latest data from Bloomberg Intelligence shows that central banks have been buying nearly 20 percent of the world's gold supply, approaching the highest levels since the Richard Nixon era. Central banks were net sellers of gold from 1971 through to 2010. Gold is an effective portfolio diversifier with low correlation to equity returns especially during wars, market crashes, and disasters. If you haven't already, we recommend that you add some gold exposure to your portfolio.

1. Essel Mutual Fund announced that Manav Vijay has ceased to be the Fund Manager and Key Personnel of the AMC, with effect from December 7, 2019. Saravana Kumar will take over the fund manager responsibilities.

2. Principal Mutual Fund announced that Pedro Borda has vacated the office of director of Principal Asset Management Private Limited with effect from December 5, 2019.

Barack Obama: This is the moment when we must build on the wealth that open markets have created, and share its benefits more equitably. Trade has been a cornerstone of our growth and global development. But we will not be able to sustain this growth if it favors the few, and not the many.