All that you need to know about mutual funds this week

All that you need to know about mutual funds this week

Data going back to 1990 suggests that election years are not more volatile or uncertain vs non-election years.

Seventy-one parliamentary constituencies across nine states are gearing up for Lok Sabha elections on April 29. We would recommend everyone to exercise their "Right to Vote".

Data going back to 1990 suggests that election years are not more volatile or uncertain vs non-election years. We would advise investors to not get affected by election projections and not to try and time the market. Stick to your plans for long term investment growth.
S&P 500 and NASDAQ rose to all-time highs this week as US GDP data beat expectations. The US economy grew at a 3.2 percent annualised pace in January-March quarter, ahead of expectations for 2.3 percent growth.
Microsoft joined Apple and Amazon as only the third company to ever reach $1 Trillion market cap. Microsoft has also taken the mantle of the world's most valuable company (by market cap) from Apple. International diversification matters and we recommend ICICI Prudential US Bluechip fund for international exposure. 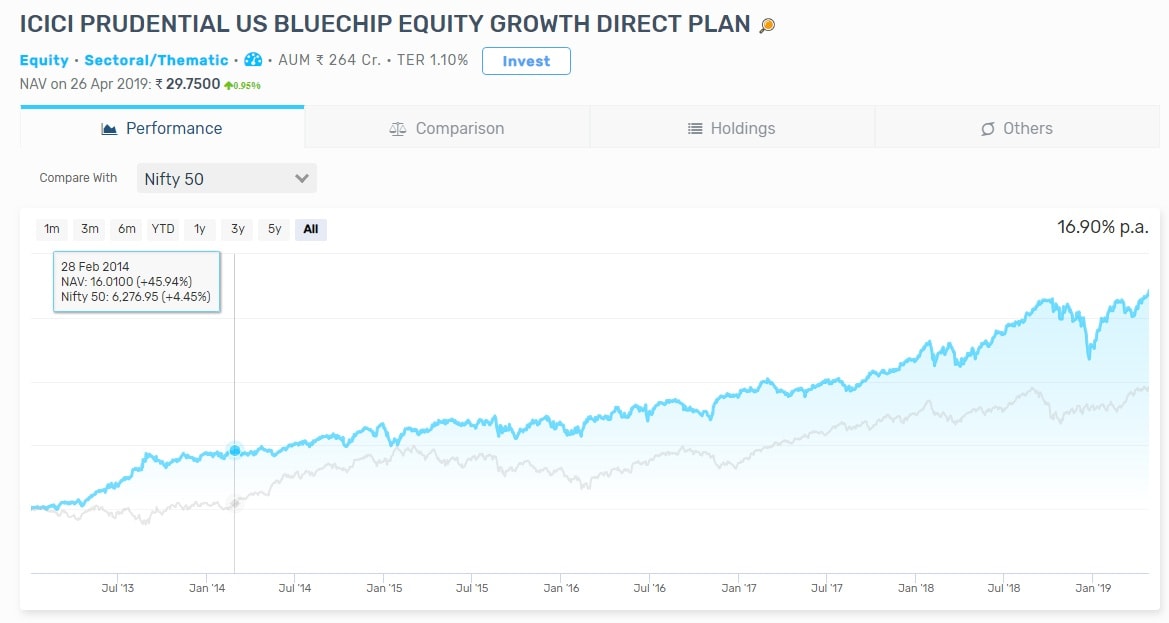 Around 12 percent of retail investment in March was in direct schemes, while 21 percent of HNI inflows were direct as per AMFI Data. 41 percent of the total inflows into the mutual fund industry in March were direct mostly from institutional investors.
The AUM from B30 cities (next 30 cities beyond Top 30 cities by AUM contribution) increased from Rs 3.66 lakh crore in February 2019 to Rs 3.80 lakh crore in March 2019. B30 cities contributed nearly 15 percent to total AUM of the mutual fund industry as of March 2019.
Mirae Asset has launched the NFO (new fund offer) for Mirae Asset Focused Fund on April 23 and Principal Mutual Fund has launched the NFO for Principal Small Cap Fund on April 22. These open-ended equity schemes will be open for subscription until and May 6 and 7 respectively. You can find NFOs on Kuvera here.
Index Returns
Source- BSE/NSE
Top 5 best performing funds
Source – Kuvera.in
Top 5 worst performing funds
Source – Kuvera.in
Top 5 best performing ELSS funds
Source – Kuvera.in
What investors Bought
We saw the most inflows in these 5 Funds –
Source – Kuvera.in
What investors sold
We saw the most outflows in these 5 Funds –
Source – Kuvera.in
Movers and Shakers
1. Aditya Birla Sun Life Mutual Fund has sought Securities and Exchange Board of India (Sebi) approval for launching Aditya Birla Sun Life Pharma and Healthcare Fund. This open-ended equity fund would be managed by Dhaval Shah.
Quote Of The Week:

Voting is how we participate in a civic society - be it for president, be it for a municipal election. It's the way we teach our children - in school elections - how to be citizens, and the importance of their voice,