Yoga refers to a philosophy and discipline of physical and spiritual practises for mastering control over one’s physique and consciousness. Yoga has been a part of Indian ethos for over 5000 years. On the 8th International Yoga Day, here’s a look at the famous Indian yoga gurus who popularised yoga worldwide. 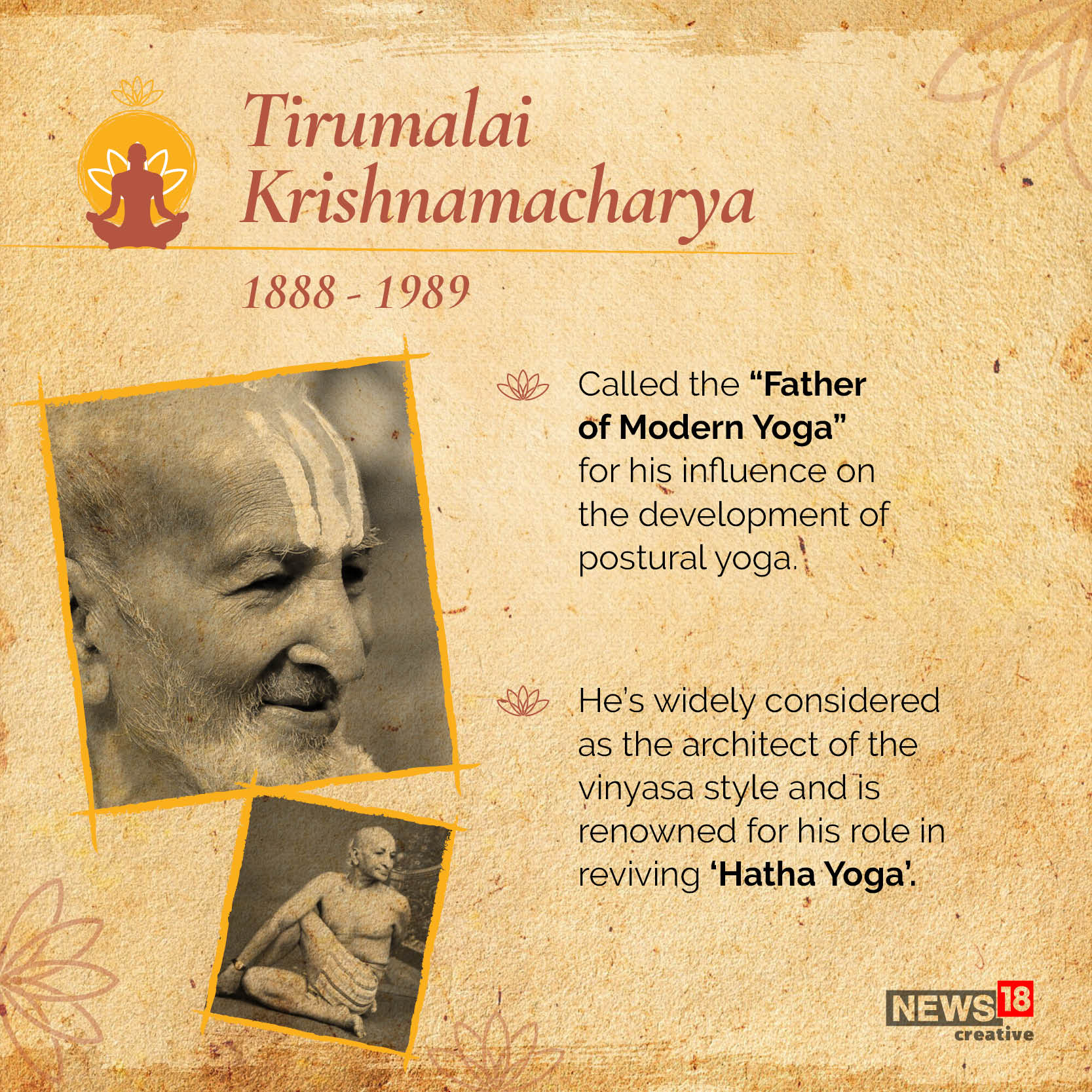 Known as father of modern yoga, T Krishnamacharya was an Ayurvedic scholar, a yoga teacher and healer. He revived the traditional art of hatha yoga and developed the form of Vinyasa yoga by combining breath and movement into the traditional hatha yoga. His teaching styles were based on Patanjali yoga sutra and several of his disciples later went on become some influential yoga teachers. 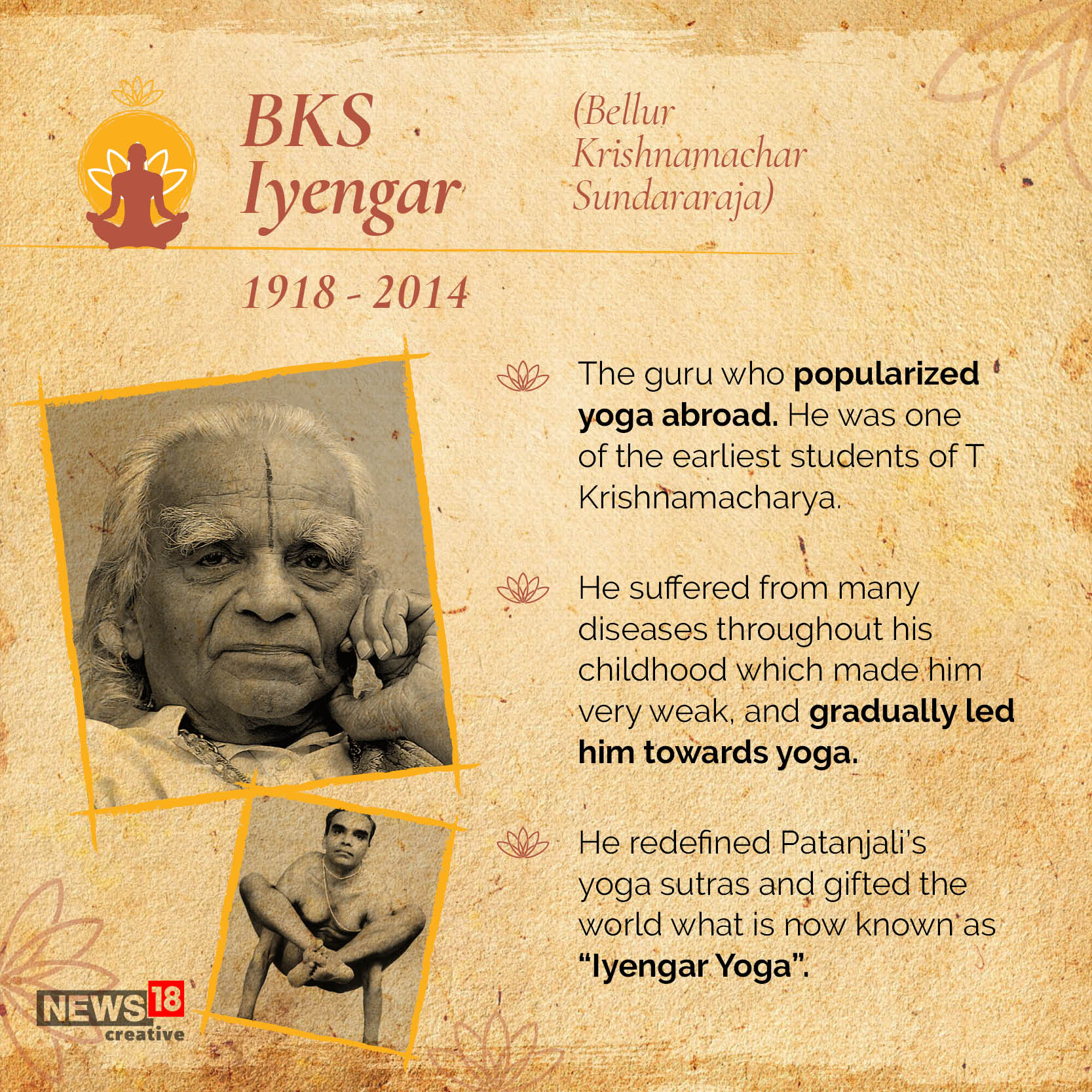 BKS Iyengar, one of the earliest students of T Krishnamacharya, popularised yoga abroad. Struggling with several diseases since childhood, he resorted to yoga for healing. He redefined Patanjali’s yoga sutras and founded the ‘Iyengar Yoga’. He died at the age of 95, but even at that age it is said that he was able to perform Sirsaasana for half an hour.
3. Swami Sivananda Saraswati Swami Sivananda Saraswati is prominently known for combining karma yoga, bhakti yoga, jnana yoga and raja yoga. At the age of 40, he came to Rishikesh, practised yoga and meditation and later established the Sivananda Ashram. He dedicated his life towards learning scriptures, teaching yoga and spirituality all over the world. A Sanskrit scholar and a great Indian yoga master, K Pattabhi Jois is one of the prominent names in modern yoga. He learned Sanskrit, Vedas, and the art of yoga from childhood and was a prominent disciple of T Krishnamacharya. He developed Ashtanga yoga or Ashtanga Vinyasa yoga that was based on the teachings of ancient scripture yoga Korunta. His teachings attracted celebrity loyalists like Madonna, Sting, Gwyneth Paltrow and Kareena Kapoor. 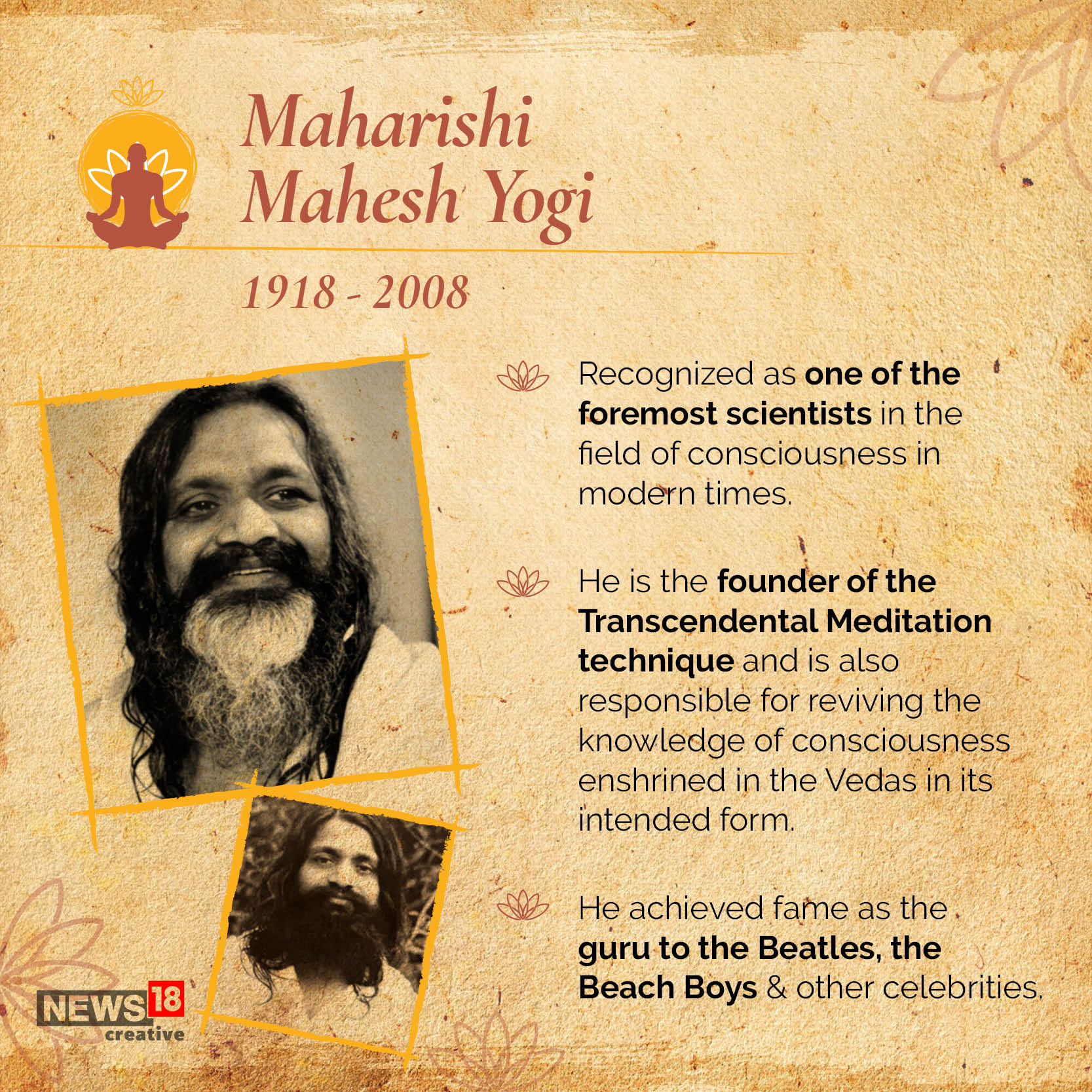 Maharshi Mahesh yogi developed a deeper form of meditation that is known as transcendental meditation technique. This mantra meditation produces deeper state of relaxation and promotes a sense of spirituality. He became a spiritual guru of the famous music bands like the Beatles, the Beach Boys, and various celebrities. He encouraged studies to prove the benefits of yoga and meditation for the brain.

An Indian nationalist, philosopher and poet, Sri Aurobindo developed internal yoga which helps transform human life into a life divine. Before becoming a spiritual reformer, he was an influential leader in the Indian independence movement. He established the Sri Aurobindo Ashram in Pondicherry, which still serves spiritual seekers from all over the world and his book ‘The Life Divine and Synthesis of Yoga’ continues to spread the knowledge of internal yoga. 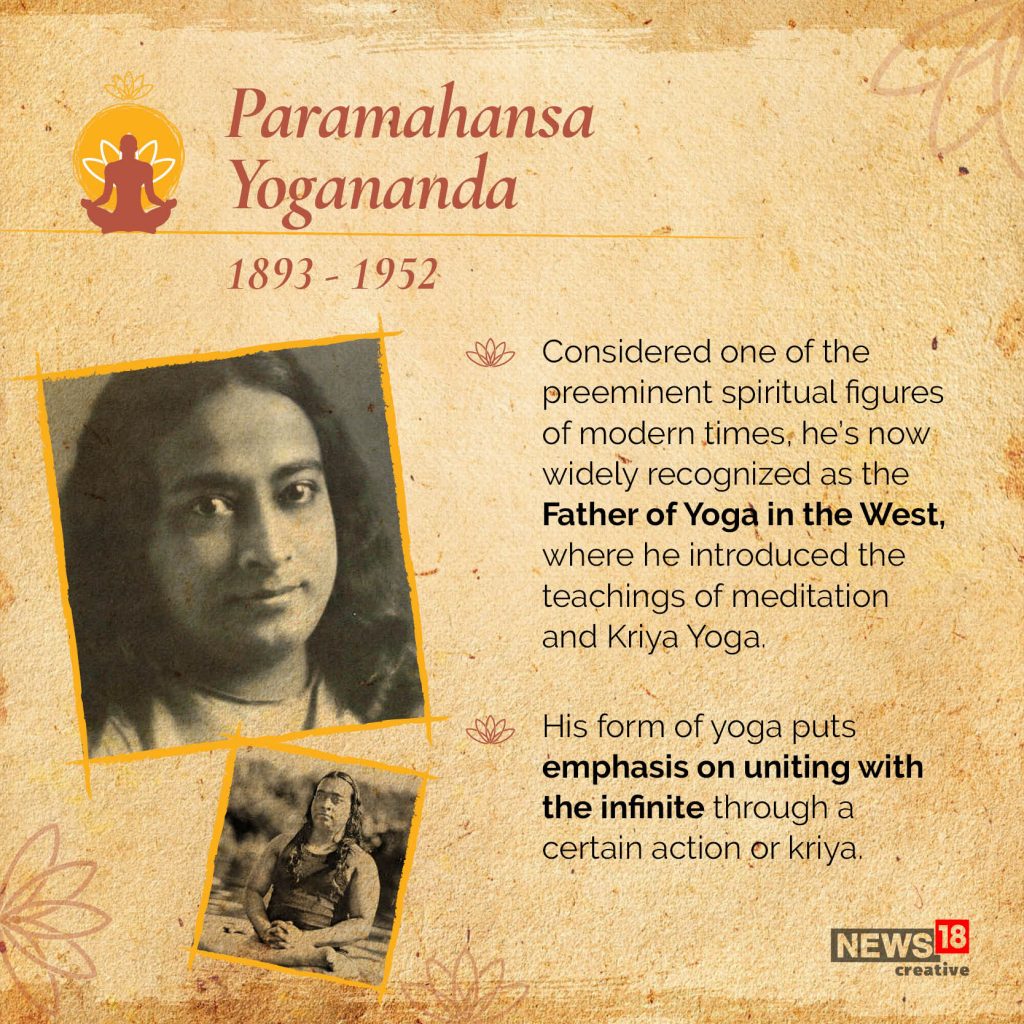 Paramahansa Yogananda was one of the first Indian yogis who introduced the teachings of Kriya Yoga to the West. To balance and unify Western and Indian philosophies, he went to the United States to teach Kriya Yoga.  He founded the “Self-Realisation Fellowship,” an organisation that promotes yoga and spirituality amongst people of the modern age.

Shri Yogendra is known for reviving Hatha Yoga. He spread the knowledge of Hatha Yoga across India and the United States. He made yoga popular by focussing on the exercises that helped with specific health issues. He founded ‘The Yoga Institute’ in Mumbai and opened a branch in the United States as well. He conducted several scientific experiments to establish and solidify yoga’s image as a science of the body.

Popularly known as Sadhguru, Jaggi Vasudev is the founder of ‘Isha Yoga’, a foundation that provides various yoga programs all over the world. He has spent his life delivering the knowledge of yoga to people and help them through his foundation

He is one of most famous spiritual leaders of India and the world. Shri Shri Ravi Shankar is the founder of the ‘Art of Living’, a non-profit organisation that helps people who are economically and socially disadvantaged. He is also known for founding the ‘International Association for Human Values’, which aims to promote global human values among people worldwide.

He believes spirituality is the way to magnify basic values and make human life more satisfying.