India's first private rocket Vikram-S to launch today: When and where to watch

India's first private rocket Vikram-S to launch today: When and where to watch 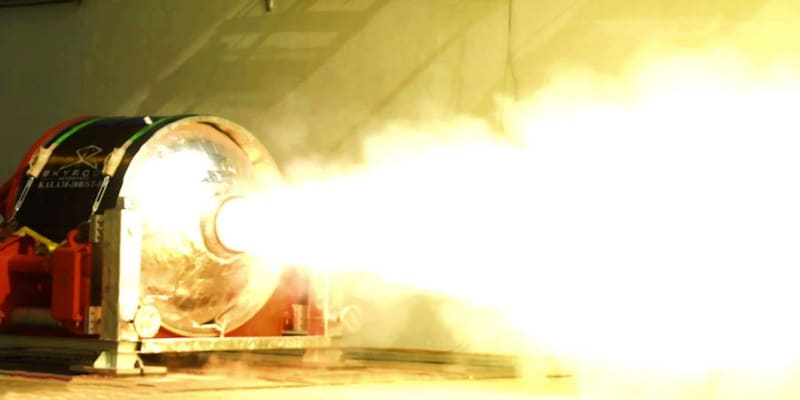 Skyroot Aerospace, Indian private aerospace manufacturer, will launch Vikram-S from ISRO's Satish Dhawan Space Centre in Sriharikota under the mission named 'Prarambh' at 11.30 am on November 18.

Skyroot Aerospace, a private Indian space start-up, is set to launch its Vikram-S suborbital vehicle today from Satish Dhawan Space Centre of ISRO, in Sriharikota. India’s space regulator, IN-SPACe, had cleared the launch to take place between 11 am and 12 pm. The launch is expected to take place at 11.30 am under the mission ‘Prarambh’. The launch of mission Prarambh will be conducted in the presence of Science & Technology Minister Dr Jitendra Singh. The minister has said that India is all set to make history by launching from the first-ever private rocket developed by a start-up under the guidance of the Indian Space Research Organisation (ISRO).

When and where to watch the Vikram-S launch live?
The launch of the Vikram-S rocket will be streamed live on Skyroot Aerospace's official YouTube channel. The webcast is scheduled to begin at 11 am IST.

Mission set. Happy to announce the authorization received from IN-SPACe yesterday for 18 November ’22, 11:30 AM, after final checks on readiness and weather. Here’s our #Prarambh mission brochure for you. Watch this space for the launch live link.#OpeningSpaceForAll pic.twitter.com/IKAYeYKAYp

Click here to watch the rocket lunch live
Mission Prarambh and Vikram-S
The objective of the mission is to test and validate the system, designs, and technology of orbital-class launch vehicles. The launch will test 80 percent of the systems including several sub-systems and technologies which will be used in the full Vikram variants in the future. The launch test will include the pre-lift-off, lift-off, ascent, and deployment phase of the satellites.
Also read: India’s first-ever privately designed and developed rocket survives a full test
The Vikram-S is a single-stage suborbital small satellite launch vehicle powered by the solid-fuelled propulsion system of the Kalam 80 engine. It is six-metre-tall and has a mass of 545 kg, according to Skyroot.  The start-up claims the rocket to be 'one of the world's first all composite space launch vehicles'.
The Vikram-S rocket will be carrying three payloads developed by SpaceKidz India, Bazoomq Armenia, and N-Space Tech India. It has been developed in a record time of two years under the guidance of ISRO. It is powered by solid-fuelled propulsion, advanced avionics, and features a carbon-fiber core structure. The thrusters of the rocket are 3D printed to achieve better spin stability.
(Edited by : Jerome Anthony)
Check out our in-depth Market Coverage, Business News & get real-time Stock Market Updates on CNBC-TV18. Also, Watch our channels CNBC-TV18, CNBC Awaaz and CNBC Bajar Live on-the-go!