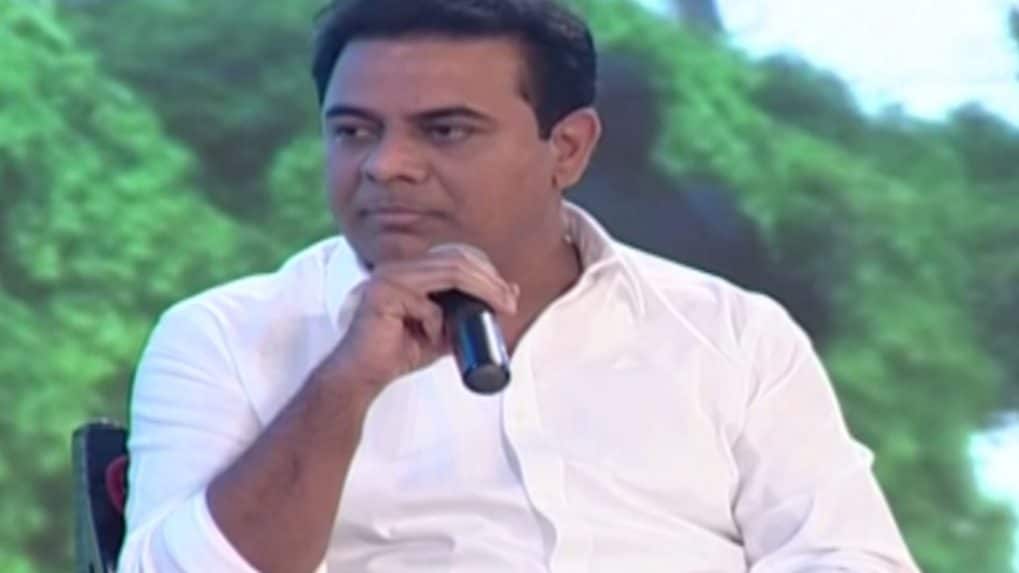 Telangana under spotlight at Davos 2020 summit: Initiatives that helped state rise as an IT hub in no time

India's youngest state Telangana has left behind other experienced states of the country in many areas. The state has earned a significant mention for itself at the annual meeting of the World Economic Forum held in the Swiss Alpine town of Davos every year. The four-day event, which starts today, will be attended by Telangana IT and Industry minister KT Rama Rao for the third time in a row.

KT Rama Rao has been receiving the invite consecutively for the last three years as a recognition of the unique initiatives of Telangana government. It is because of these initiatives that the state finds itself at a better spot than many other large and experienced states.

Telangana's capital Hyderabad, a major IT hub of the country, is the 2nd highest contributor to India's IT exports. The IT, electronics and communications department has almost achieved its set target of doubling exports in five years with Rs 1,09,219 crore exports from Rs 57,258 crore in 2013-14.

Compared to the expected national average of around 8-10 percent, the state’s IT or Information Technology Enabled Services exports have registered an impressive growth rate of 17 percent during 2018-19, as official data shows.

The IT sector has generated direct employment to 5,43,033 with 67,725 new professionals joining the workforce in the last year. The total investments in the sector last year stood at Rs 23,054.02 crore.

The vision of the state government is “to leverage Information Technology not only for effective and efficient governance, but also for sustainable economic development and inclusive social development.” Its mission is to facilitate collaborative and innovative IT solutions, and to plan for future growth while protecting, and enhancing the quality of life.

As the minister for IT, KTR has come up with a comprehensive plan to cater to the multi-dimensional needs of the IT sector. Under his leadership, several initiatives have been launched since 2014.

Here are the initiatives that led to Telangana rising as an IT hub in no time:

TS-iPASS: Investment in the state picked up pace following the state government’s progressive policies and the innovative TS iPass (Telangana State Industrial Project Approval and Self-certification System), that ensures clearances to mega projects within 15 days and projects of other nature within 30 days —shortest in the country.

T Hub: The largest incubator in India for startups, T-Hub is a PPP between Telangana government, three of India’s leading academic institutes — International Institute of Information Technology, Hyderabad, Indian School of Business, Hyderabad and National Academy of Legal Studies and Research, Hyderabad — and the private sector. The initiative has raised $186 million funding.

TASK: TASK is a non-profit organisation created by the Telangana government for bringing synergy among institutions of government, industry and academia with an aim to offer quality human resources and services to the industry. The objective is to skill the graduates to be job and industry-ready.

FiberGrid: T-Fiber aims to connect every household, government institution and private enterprise across the rural part of the state through optical fiber and provide them with high-speed internet connectivity.

WE-Hub: WE Hub is a start-up incubator exclusively for women entrepreneurs. Through this initiative, the government aims to support women entrepreneurs with innovative ideas, solutions and entities focusing on emerging areas in technology.

T-Works: It is India’s largest hardware prototyping center, aiming to create a culture of hobbyists, makers, and innovators. The objective is to facilitate entrepreneurs to design, develop, and test innovative hardware products in the areas of electronics, mechanical, mechatronics through active collaboration with industry, academia, investors, experts, and other stakeholders.

T-Wallet: T-Wallet is an anytime-anywhere digital payments option which facilitates payments for both government and private transactions to avail services.