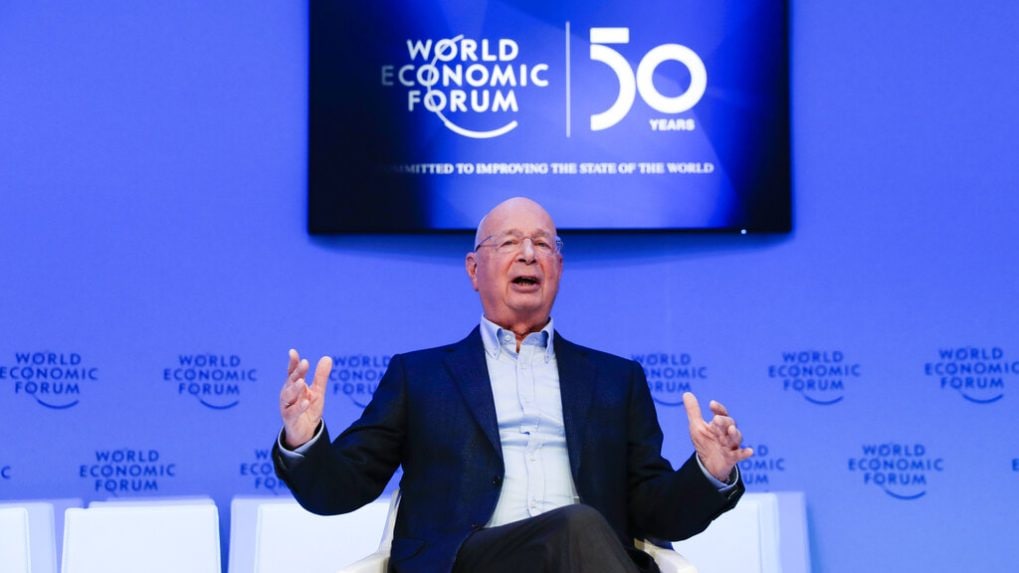 The head of the World Economic Forum says it's “reassuring" that US President Donald Trump and climate activist Greta Thunberg will both return to its annual meeting in Davos this year, noting that concerns about the environment will be a key topic.

WEF founder Klaus Schwab sees vast changes in business, society and culture over the 50 years since he created the yearly gathering in the Swiss Alps, which initially was a forum for business leaders but now is a key stop for policymakers and activists as well.

It said catastrophic trends like global warming, climate change and the extinction of animal species would top the agenda at the meeting that begins Tuesday.

The forum is shifting its focus of recent years from how technology is transforming lives to the environment and responsible business practices that promote jobs, fight climate change and work for social good along with profit-making.

The focus on environment could make for an uncomfortable subject for Trump, whose administration has called for expanded use of carbon-spewing coal, stripped away environmental protections and played down concerns among scientists about man-made climate change. Trump has also moved to take the US out of the landmark 2015 Paris accord to fight climate change.

Schwab says Trump is welcome because of his role on the world stage while Thunberg will keep the focus on the environment. Both will speak Tuesday on the opening day.

“I think both voices are necessary," Schwab said Sunday in an interview with The Associated Press. “The environment will play a particularly important role during this meeting.”

Schwab pointed to the forum's 160 “lighthouse” projects on inclusion and equality; economic development; technology governance; regional development; corporate leadership and ecology, including a project to plant a trillion trees.

“So if Greta comes this year, she will see that we have made substantial progress,” he said, alluding to her debut at the forum last year.

Time magazine chose Thunberg as its “Person of the Year” for 2019.

Schwab claimed the forum has helped air concerns about the environment since the 1970s, but said public awareness about climate issues has now exploded.

“Now we have recognized the urgency, because we know the window to act (on climate change) is closing,” he said, adding he hoped to inject "this sense of urgency into the meeting.”

He said many companies are increasingly seeing the benefits of “ESG” — environmental, social and governance — concerns in their business models.

"Companies recognise ... doing good ... it's a precondition for some long-term survival," Schwab said.

On Friday, Schwab and the chairmen of Bank of America and Dutch nutrition company Royal DSM sent a joint open letter to corporate leaders on hand this year to set “a target to achieve net zero greenhouse gas emissions by 2050 or sooner” if their companies haven't done so already.

The forum chief said nearly all European Union leaders will be on hand this year, including German Chancellor Angela Merkel. He said the EU has a chance to lay out its vision for the future and turn the corner after three years of haggling over Britain's departure from the bloc, which comes at the end of this month.

He also brushed aside critics who have faulted the forum as an overly exclusive vacation for the world's out-of-touch elites.

“If I am particularly proud of something during the last 50 years, it is of having created many years ago the community of young leaders," Schwab said, citing 10,000 young “Global Shapers” in over 400 cities who he said are engaged in issues on the ground. “We try — and I think quite successfully — to integrate the bottom-up, young generation very much.”

The Davos gathering has battled a reputation of being a haunt for the rich, powerful and famous over its five decades. Over the years, the forum has hosted celebrities like Hollywood stars Shirley Maclaine and George Clooney, Nobel Peace Prize laureates Shimon Peres and Yasser Arafat, and former South African presidents FW de Klerk and Nelson Mandela, and business gurus like Davos regular Bill Gates.