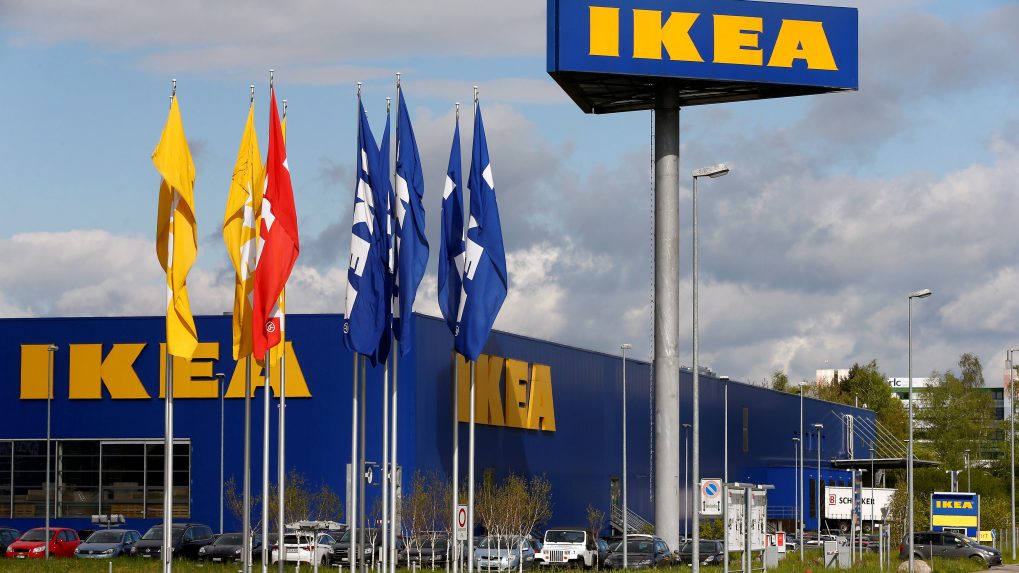 The Swedish furniture retailing giant Ikea Group has recently launched its online store in Pune to reach out to more Indian households. The company is reportedly getting ready to set up a brick-and-mortar store in Navi Mumbai, along with small-format stores in Mumbai later this year.

The home furnishing and accessories major has a “35-year-old love story” with India and is witnessing “a steady increase in visitation”, its CEO Jesper Brodin told CNBC-TV18's Shereen Bhan in Davos in an exclusive interview.

According to Brodin, the Indian operations have helped the company learn a lot about quality, considering the humid tropical weather in the country. “The biggest learning for us so far is quality because of the humidity. India taught us this quality is not good enough for us. So we had to actually do some innovations to improve our standards and that is now benefitting everybody,” he pointed out.

Let me start by asking you about India, you have got the first store up and running, there is a lot more that has been planned by Ikea, but so far so good?

So far so good, and as we say, we have a 35-year love story in India, started with resourcing, we have production facilities. Ikea Foundation has invested more than 300 million euro in programmes in India. We have stepped into retail one year and a half ago and we have learned a lot.

What is the biggest learning?

The biggest learning is our relation with India is really give and take, kind of win-win. I think we contribute in many ways to the society, but the biggest learning for us so far is quality because of the humidity. Actually we had to rethink some of our furniture. So actually India has helped improve Ikea’s quality.

So what India has taught you is being incorporated across the global line?

Absolutely and I would say to be very honest India didn’t teach us, but India taught us that this quality is not good enough for us. So we had to actually do some innovations to improve our standards and that is now benefitting everybody.

Absolutely, we are seeing a steady increase in visitation and of course, the first days were a bit mad, to be honest, but we are connecting and now we have opened our online store in Mumbai. So basically we have spade in the ground, building our store, looking at the small shoppers in the city centre, we have already started online there and that is working quite well.

How is that doing for you because this e-commerce foray is something that is new for Ikea?

Yes, I think the Asian stories are amazing because the customers are adapting to new technology so fast. So we put up a distribution set up and the first tumbling steps in offering our products online and the customers are there and so I would say we have a lot to learn. To cater to overall India and all geography will take us many years, but we have taken the first steps.

Let us talk about the next step now and you have expansion plans for India, on course for your store setup?

We basically made investments at sites in Delhi, we are in Bengaluru and as I mentioned Mumbai and we are of course looking at all major cities. So it is going to take a couple of years to get all assets up and running. We are looking at shopping centres.

When should the next one be ready?

Actually, I could have shared that today, but my team said ‘no, don’t do that’ so they would be very angry. But I hope that will be in a year. Let us see if we can commit to that. But you can say on one side the physical build-up is one and then obviously we are a partner of Make in India and Housing For All, two of the topics which are even more important than the psychical expansion for us in order to create win-win. Serve many people and at the same time hopefully make a profit at the end of the day.

What is the timeline for profitability in India? What is the expectation?

We have taken a long-term approach, on one hand, we are going to give ourselves 10 years to get all our plans in and that is of course balance with the investment base. So if we would have one unit, we might be profitable earlier, but at the same time, I think it is important to not be drained by constant red numbers. So this is the balance that we have to figure out in partnership with authorities and other stakeholders in India.

What is the ballpark number that you are looking at investing in India over the next few years?

The committed value is 1.5 billion euro where we already started to do those investments. Then we are discussing depending on whether we go live with the shopping centres or not it could be an equal amount of money and on top of that as I mentioned we continue with programmes in IKEA Foundation, do our part to society. We are speeding up technology, development in India as well. So overall you can say except for Sweden this is the place we have all of our IKEA components really.

Let me ask you about sourcing from India as well and you have been sourcing out of India for many years now. Has the value gone up significantly?

I would say it has and not enough in a way. It’s, of course, a very hot topic in India. From our perspective, we have been around for more than 30 years and sourcing. So there are some categories of industries where India is among the best in the world. What we have said is that we place ourselves as a partner in the dialogue because, on one hand, you can use tariffs as a way to at least force a dialogue where ultimately you need investments in an industry that doesn’t exist. So hopefully we will together find a way which is good for business, good for India and also good for many people in India.

When we were in Davos the last time, you and I were doing a panel on the circular economy and that is the focus of conversation here, around sustainability, climate change, etc. What more have you done at Ikea to make your processes, your products much more sustainable as a corporation?

We are at the forefront. We have a target until 2030 to have a positive impact on people and the planet. This is not just a reason but it’s science-based targets where climate, carbon footprint, material usage and part of it and since we met last time we are super probably because we reached one year early, we reached our goal to invest in more renewable energy than what we consume in our operations in retail and more.

Greta Thunberg was the headliner here just before President Trump. Do you believe that the world is now, at least business leaders, are starting to take climate change seriously? I mean it has been a part of the conversation but are people now starting to put money behind?

I think so and of course, I am an optimist, so you have to judge yourself but we see more and more companies coming with real plans and strong commitments. So I belong to a group which thinks we are probably at the tipping point now and we need to be that way. We don’t have 20 or 30 years. We have a decade to course-correct the planet earth and the consequences if we fail, if we are too slow, will be grim. So the myth that per person profit wouldn’t go hand in hand is one of the things we need to pull down the drain. It has to be hand in hand and it has to be sustainability, it’s the best investments that you do and not the opposite.

Has the first year and a half post launch worked as per expectations in India?

As we are already in India there is always a plan B and C.

Have you moved to plan B yet?

Surprised you negatively or positively?

Both of them I would say but we have been saying as I shared with you that in India it can be a bumpy ride but it's downhill bumpy. So it’s all good. We will get there.