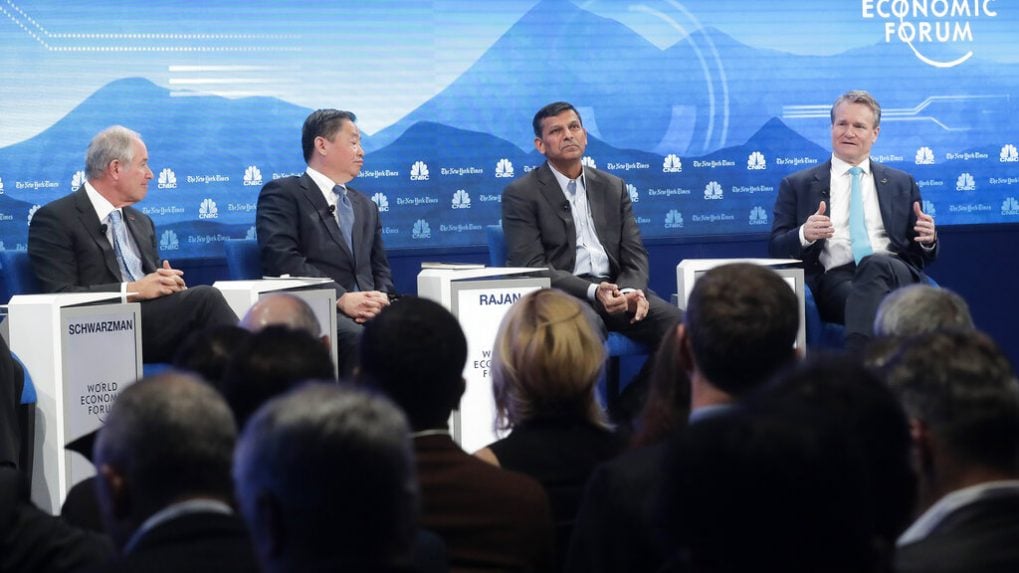 Former RBI Governor Raghuram Rajan on Tuesday made a strong pitch for greater trade collaboration among countries in South Asia, including India and Pakistan, and said neighbours should shed fears about Indian dominance as competition would take care of those concerns.

Speaking here at a session on strategic outlook for South Asia during the World Economic Forum (WEF) annual meeting 2019, the Chicago University professor said India shares with its neighbours a variety of strengths and challenges.

Like its neighbours, job creation is a big challenge for India as well, he said, adding that the country has done exceedingly well in the recent past and there is no reason why it should not continue to grow.

Harmonisation also at times create problems as seen in the European Union where excess harmonisation has led to concerns now but South Asia can do a lot more better on that front, he noted.

"We have seen Germany and France used to be at each other's throat but they began collaborating after the second world war in sectors like coal and steel and reaped good dividends," Rajan said.

According to him, power is one sector where it can begin, as it can be produced in one country and sold in another while water is already being shared between India and Pakistan.

"Why should we not have ports connecting the countries where containers can pass to other countries? We all have our own calamities and for that we can develop regional response forces," Rajan said.

"All this is possible but we have one big fear and that's is whether India would dominate if tariffs are lowered for regional benefits but I can tell you that should not be the case," he added.

For example, Rajan said that Bangladesh has a great textiles sector and that could give a strong competition to India.

"There are strong reasons for India and Pakistan to embrace each other but that is something the two countries need to discuss. Other issue that needs to be discussed is the relationship between India and China as that would decide a lot for South Asia," he said.

At the same session, Nepal Prime Minister K P Sharma Oli said his government is committed to reforms in all sectors and contribute to the growth of the region and also benefit from it.

He said the government is focussing on all sectors including private and public and social sectors.

Job creation is one of the biggest priorities for him as the country has a huge working age population, he said, adding that Nepal would become the fastest growing economy in next few years.

He also cited cooperation from China and India while expressing confidence about the country's economic growth.

In the session, Telenor CEO Sigve Brekke said his company is present in South Asia in Pakistan and Bangladesh and used to be in India till about a year ago before it had to leave the country.

The region has great potential if some barriers to business are removed there, he added.

The panelists said the region has very high demographic dividend to offer.